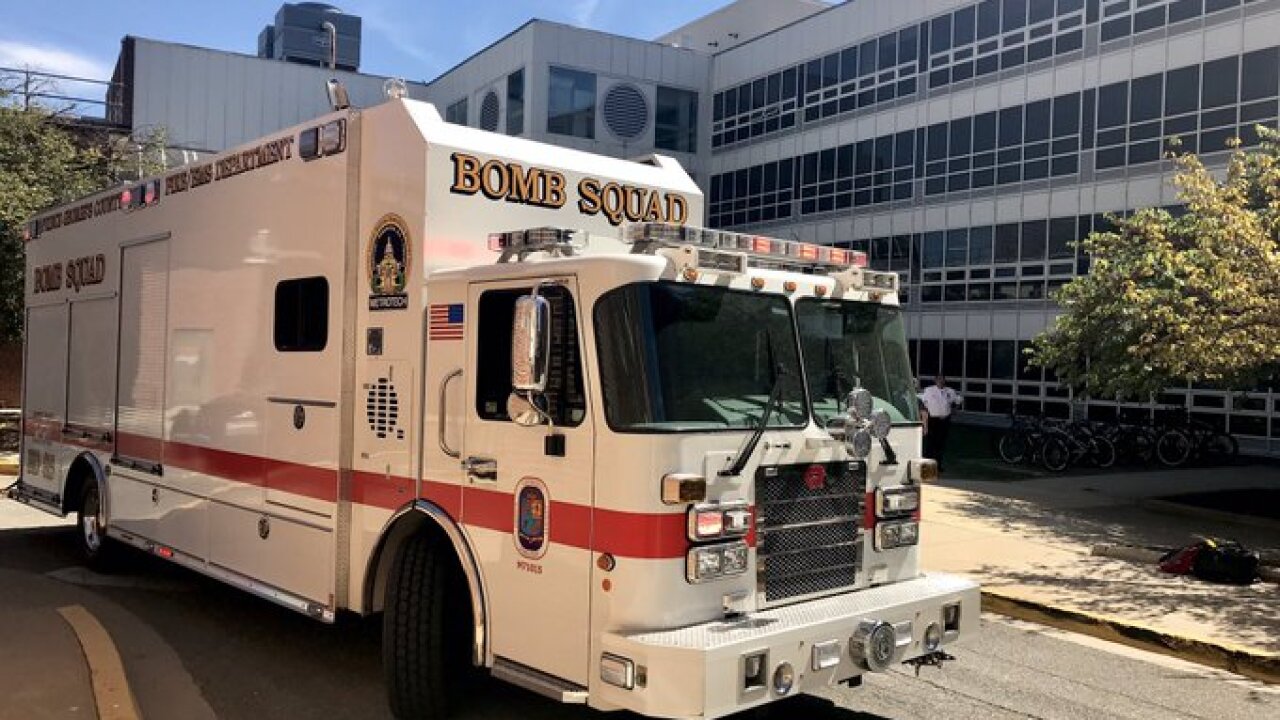 COLLEGE PARK, Md. (WMAR) — Nothing dangerous was found in a suspicious package that prompted police to evacuate two buildings at University of Maryland College Park on Thursday.

Kirwan and Glenn L. Martin Halls were evacuated for an hour and a half while a Prince George's County Fire Department bomb squad investigated.

Traffic was also shut down for over an hour on Stadium Drive between Regents and Paint Branch Drive.

It's unclear what ended up being in the package, but officials say it was safe.

Emergency crews have since cleared up and opened all affected buildings and roadways.