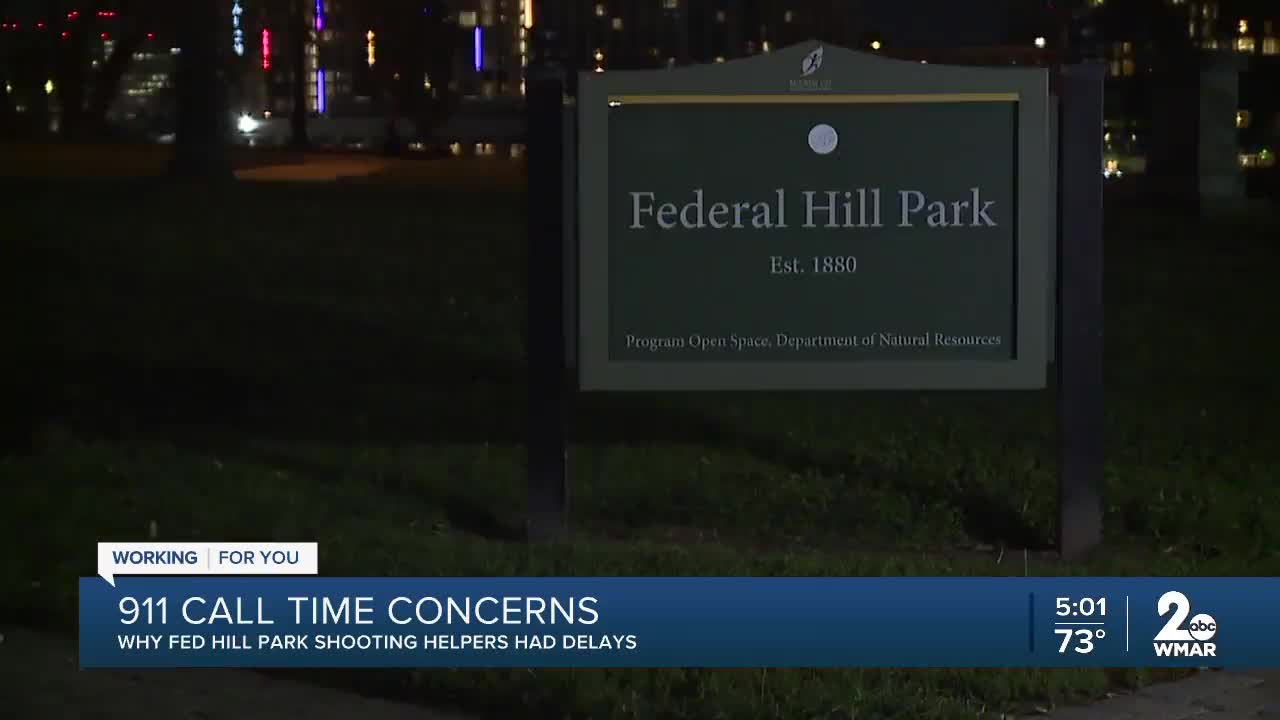 "I don't know what the story is behind it," said Shunquita Neal. "I just know that all the people who are trying to call 911, there was no one available that could get through to the police. It was heartbreaking. It was devastating. This man was losing his life literally and we are and we are basically either put on hold or or sent to a voicemail.

As WMAR-2 News has reported Neal and her fiancé ran to help Thompson. Neal said she was disappointed people, including herself couldn't get through to police.

So where was 911 and why were people unable to get through?

According to Baltimore City Fire Chief Niles Ford when there's an influx of calls that come into the 911 center, a recording comes on telling citizens not to hang up.

"There was no problem. There was no issue with 911," Chief Ford said during a press conference Wednesday. "The call was dispatched within two minutes of the call. The first arriving engine arrived, engine two arrived about three or four minutes later and the ambulance arrived soon after that. For all practical purposes, the event occurred as it should have."

As for a possible motive behind the shooting, Commissioner Michael Harrison said a dice game may be to blame.

"We believe the victim was somehow engaged with either members of a dice game or people who were participating in a dice game that led to a shooting a murder," said Commissioner Harrison.

So far there have been no arrests in the case. Police encourage anyone with information to call Metro Crime Stoppers at 1-866-7LOCKUP.