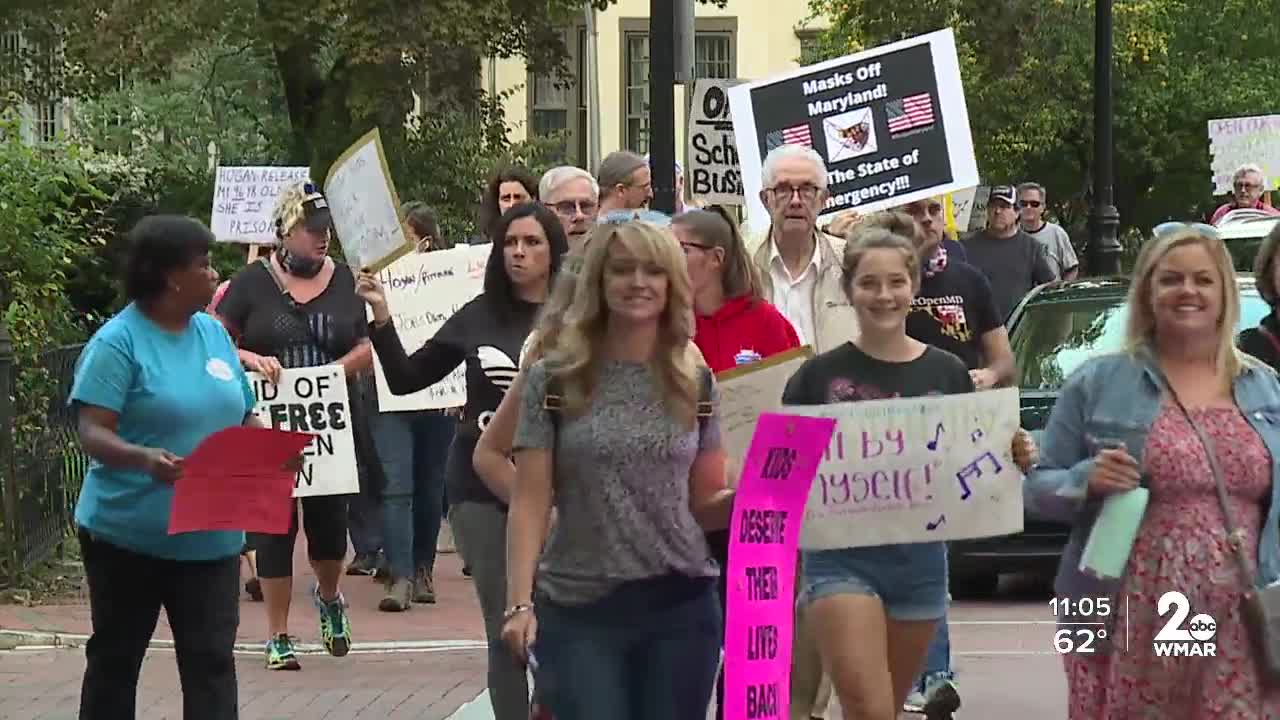 New tonight, hundreds of people were in the state capital to demand that all businesses reopen in Maryland. The group pointed to the economic and psychological impact of the pandemic on so many families.

ANNAPOLIS, Md. — New tonight, hundreds of people were in the state capital to demand that all businesses reopen in Maryland.

The group pointed to the economic and psychological impact of the pandemic on so many families.

With many businesses reopening their larger focus was on in person learning.

“We do not believe in quarantining the populous in order to protect a few who might be sick,” Jim Wass said.

Coronavirus numbers have been down in Maryland.

Enough that the Governor moved into the third phase of reopening two weeks ago.

But he's left the decision on how and when counties will do that up to local leaders.

Many of them taking the cautious approach when it comes to schools.

“It’s time,” Christina Olson. “We know that virtual learning is not working for most of our students. We have 3,000 members that we’re seeing testimonies daily of their students breaking down, falling apart. We’ve seen suicidal ideations and hospitalizations to our students.”

Christina Lawson with the advocacy group Return to Learn is a parent who want kids back in school.

“It’s time that we do some real creative thinking real solutions, the answer of just keeping things closed or just baiting we’ll work on some plans for the future,” Lawson said. “It’s not enough.”

Just before the rally the Governor announced restaurants can now open at 75 percent capacity.

“It really is time to say that six months is too long and it hasn’t done what we wanted to,” Wass said. “Instead it’s simply trashed and crashes the economy and a lot of those restaurants who now can open at 75 percent actually already closed permanently.”

The governors order allowing for businesses to reopen at 75 percent capacity goes into effect Monday night at 5 pm.