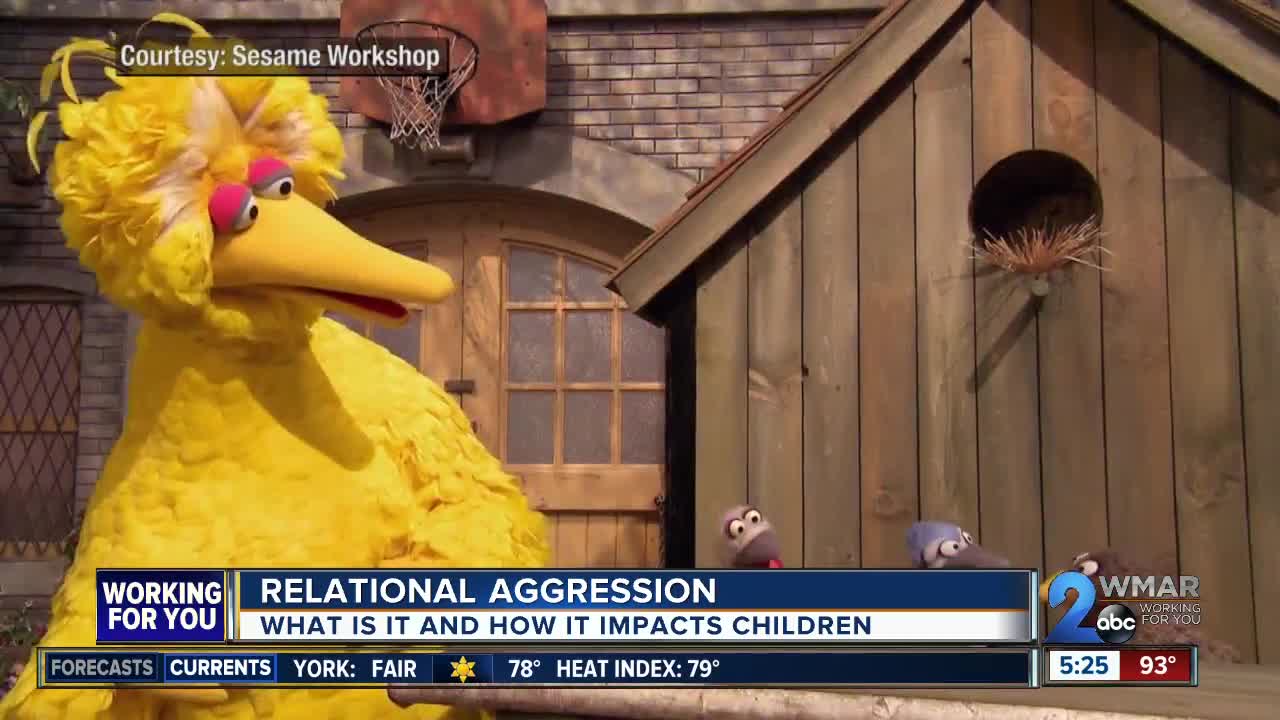 When you mention aggression in kids, most of us think hitting, shoving, or even hair pulling. Less obvious is relational aggression --- teasing or being excluded.

NEW YORK CITY, N.Y. — When you mention aggression in kids, most of us think hitting, shoving, or even hair pulling. Less obvious is relational aggression --- teasing or being excluded.

Both could damage a child’s self-esteem. For 50 years, Big Bird has been one of the most popular characters on Sesame Street.

But sometimes, even he gets his feelings hurt. In the episode The Good Birds Club, Big Bird wants to join with other birds, but he’s excluded because of the way he looks. Rocio Galarza is the Associate Vice President of Social Impact at Sesame Workshop. She said some aggression is developmentally normal.

Sometimes that includes relational aggression. Galarza told Ivanhoe, “Today I really want to play with this friend and not you. It doesn’t come from a place of hurt, it comes from I don’t know how to handle this conflict.”

Scientists at the University of Buffalo found preschool boys who are victims of both physical and relational aggression in preschool are more likely to be withdrawn and avoid peers. Girls who are subject to both are more depressed and anxious.

Galarza said kids should be encouraged to tell an adult about aggressive behavior. If aggression is happening at school, experts say parents should go to a third party and not try to solve the conflict themselves. Encourage kids to separate themselves from the aggressor.

“They can be empowered by looking for other friends and having those relationships be strong friendship relationships,” detailed Galarza.

For Big Bird, the conflict is solved when he forms his own club and includes everyone. Galarza also recommends parents help their young children express their emotions by giving them “feeling words,” like happy, excited, and joyful or angry, frustrated, and mad.

Kids sometimes act out when they have trouble expressing their feelings.