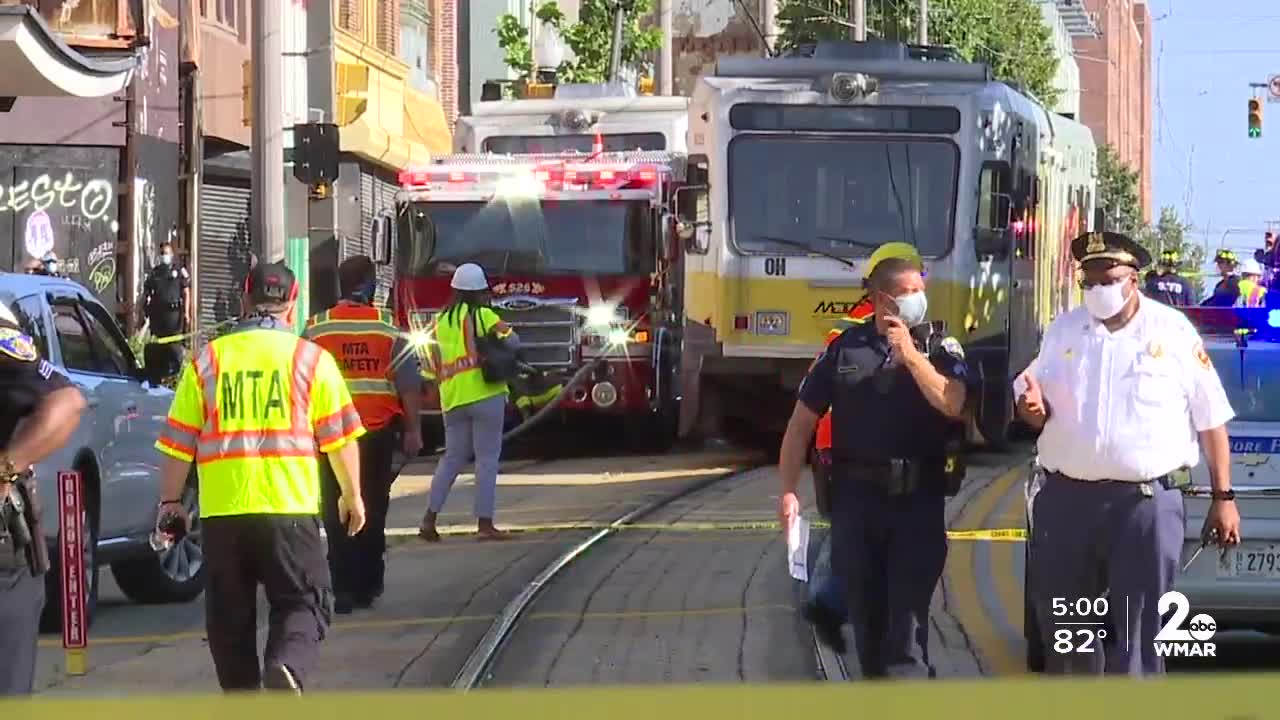 A woman is dead after a car and MTA Light Rail collided Thursday morning in downtown Baltimore. 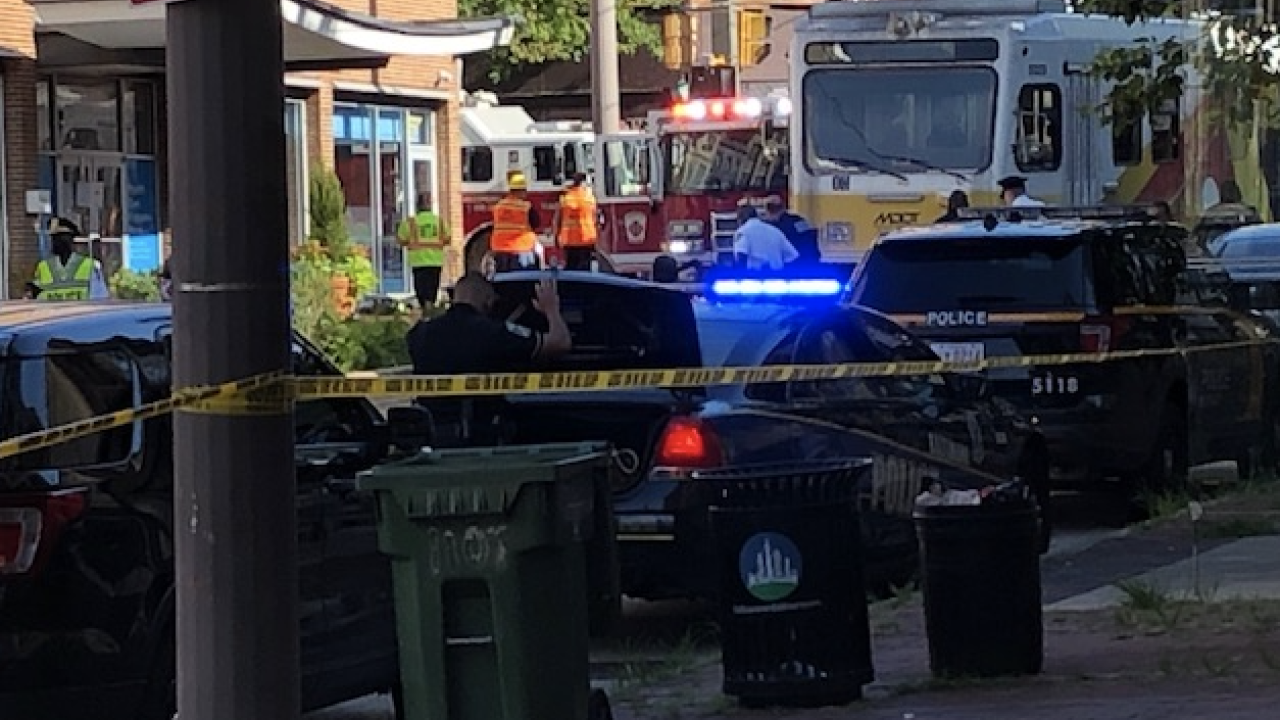 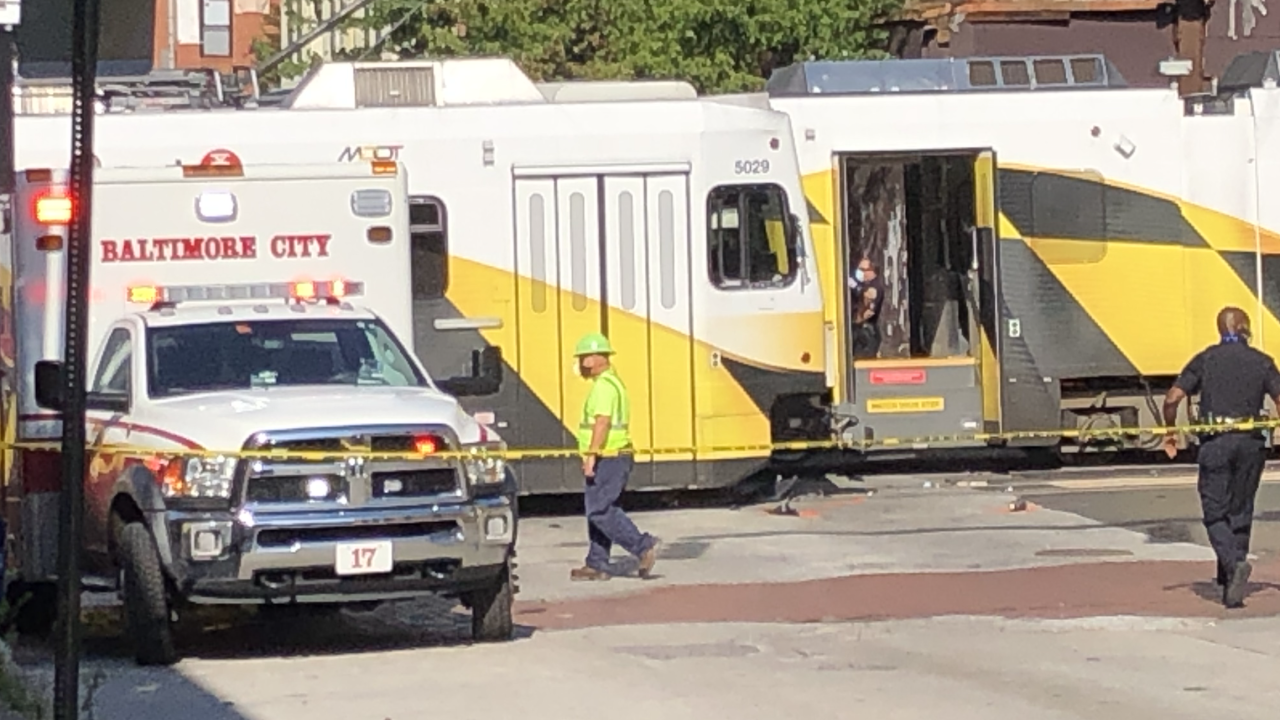 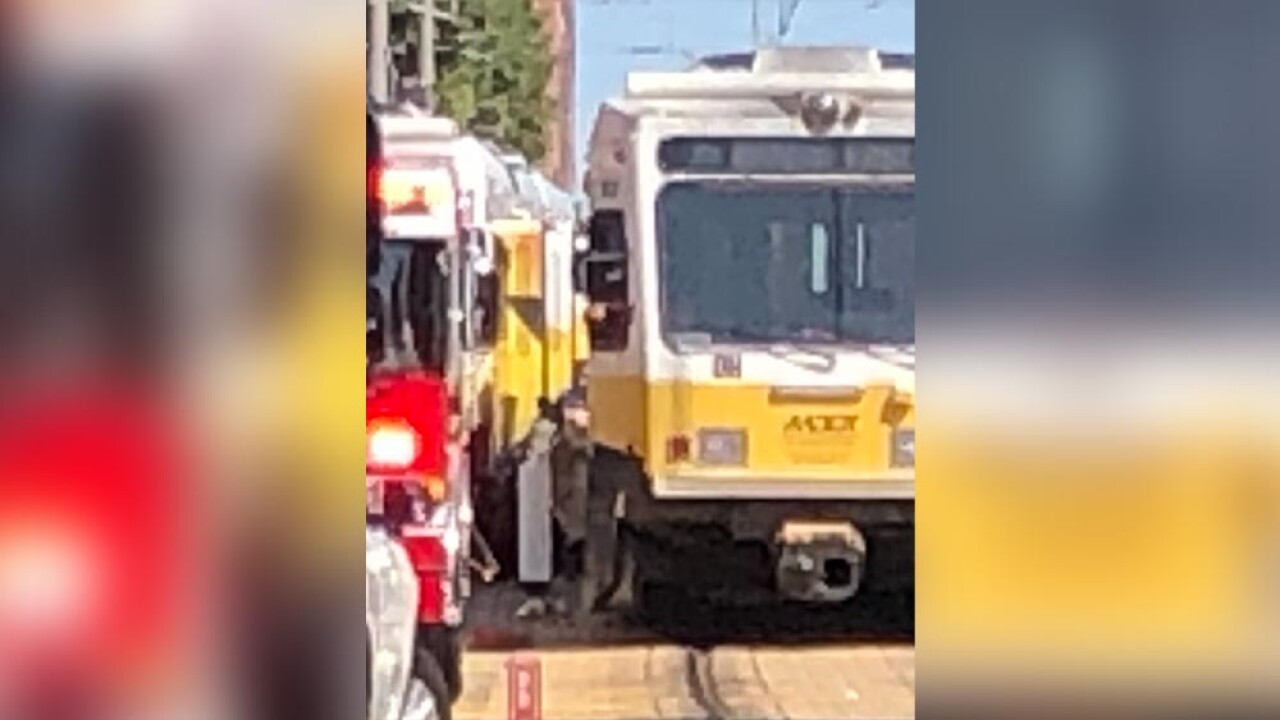 The force of not one, but two Light Rail trains crushing a car between them before they could both come to a full stop during the morning commute Thursday in Downtown Baltimore.

Ray Alston says he was on his way to catch one of the later-scheduled trains when the accident unfolded before him at West Mulberry and North Howard streets.

“The car coming right across and then it stopped,” said Alston, “I’m thinking it stalled and next minutes, I’m like, ‘Ladies, you going to get off of the tracks? I mean the train is like coming. Next minute---Boom!”

Those who witnessed the crash couldn’t believe anyone in the car could have survived in the mangled wreckage wedged in the narrow space between the two trains.

“There were three occupants during the vehicle during the time of the incident,” said Blair Adams of the Baltimore City Fire Department, “Unfortunately, inside the vehicle we did have one deceased. There was an adult woman who was pronounced deceased at the scene, a seven-year-old and the 30-year-old male who were both taken to the hospital with non-life threatening injuries.”

Investigators are reviewing video footage from Howard Street to try to determine exactly how the eastbound vehicle and southbound Light Rail train collided, but those familiar with the area say accidents have happened here before.

“They always bust the red lights when they come down these streets here,” said Kurt Brawner, “They don’t stop for Light Rail. Light Rail will be coming and they try to beat the Light Rail. That’s what they try to do and that’s when a lot of accidents happen.”

While the cause of the accident remains a mystery for now, many are just thankful rescuers could save lives of the adult male and young child considering the magnitude of the crash.

“Thankful to God that two people did survive even though one died and it’s still a tragedy and I’m praying for everyone involved,” said Alston, “Shocking. Another day in Baltimore.”

The identity of the woman who lost her life in this crash is being withheld pending the notification of her next of kin.