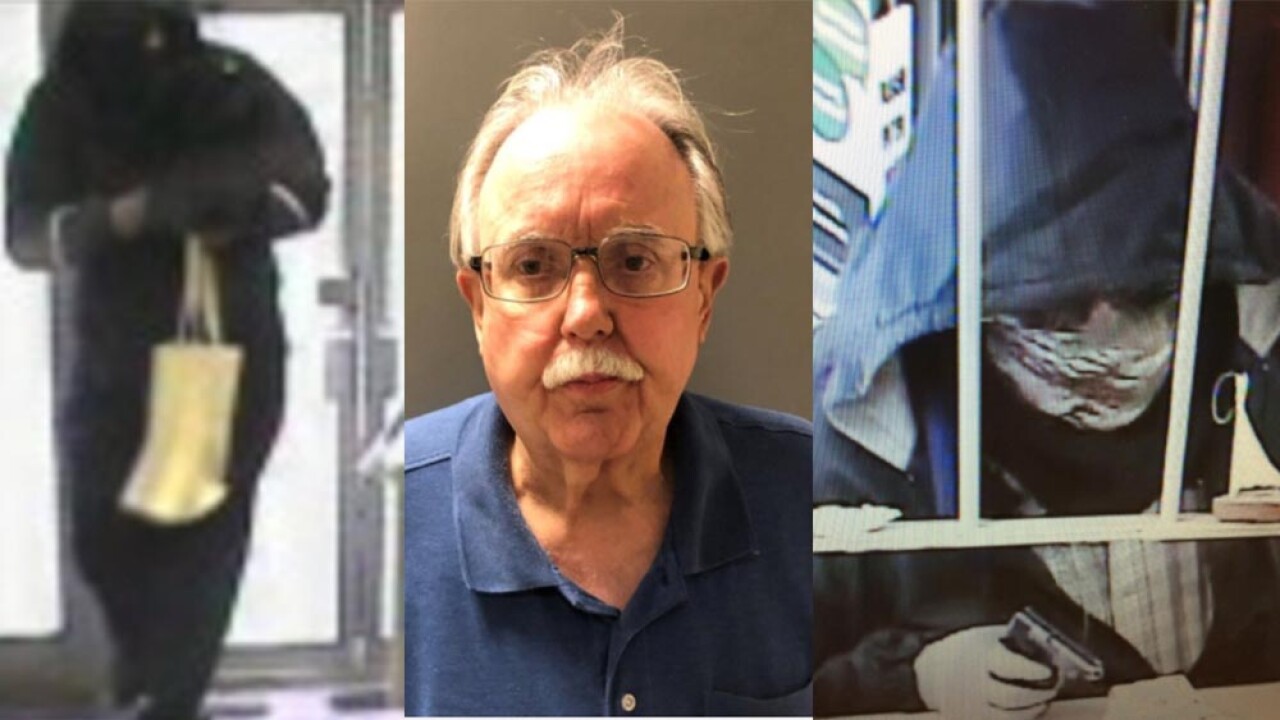 POTOMAC, Md. — After eight-years, a 71-year-old serial bank robbery suspect is behind bars.

James Wersick confessed to robbing six banks in Montgomery County dating all the way back to 2012.

In what would be his last robbery, Wersick struck again Tuesday morning for the first time in over four-years at the PNC Bank on River Road in Potomac.

By chance, an officer happened to be close at the time 911 was called, and arrested Wersick as he was leaving the bank.

Police say Wersick first walked in yelling for all customers at the bank to move into a corner.

He allegedly approached a teller, calling her by her first name while pointing a gun demanding cash.

Wersick reportedly told the teller that he'd been watching her and knew where she lived.

The teller put money in a bag Wersick had with him, at which point he tried to leave.

As he ran into the officer, Wersick played it off as if he were a customer.

An employee came running out of the bank screaming at the officer, telling him that's the robber.

While being handcuffed, a gun fell out of Wersick's pants pocket. Police also recovered the bag with money and three knives.

Detectives working the case thought Wersick looked like a suspect wanted in several past bank robberies.

Turns out he was the same guy seen in surveillance footage during robberies at banks in Bethesda and Kensington in 2016 and 2014.

In the end, Wersick admitted to the following six bank robberies.

He now faces six counts of armed robbery and several other related charges.