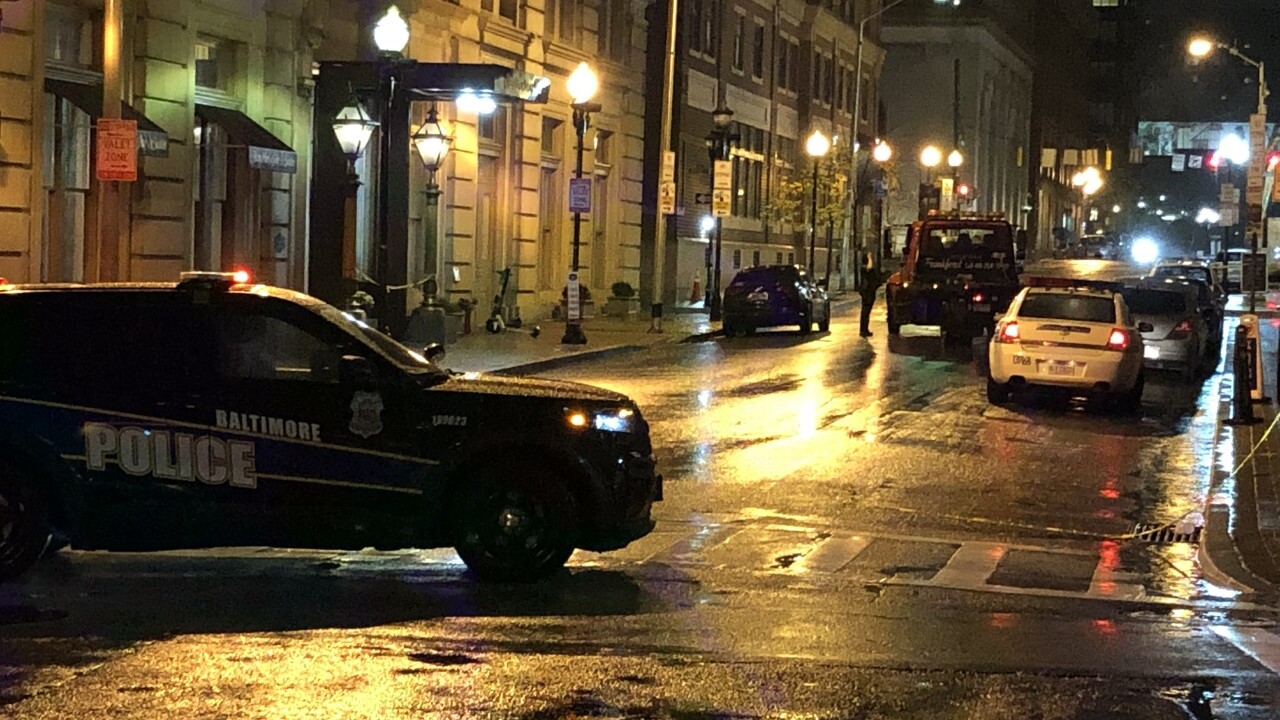 BALTIMORE — Over two-dozen people were killed in more than 80 shootings throughout October.

Below is a look at November.

11/23 - 7:44 am: Bernard Richardson, 44, was fatally stabbed in the 3300 Block of Burleith Avenue, marking the city's 300th homicide for the year. Karl Anderson, 39, was arrested hours later. The incident is believed to be family related and started at the victim's home.

11/21 - 7:21 p.m., A 43-year-old woman was shot in the 2600 block of E. Oliver Street. The victim was taken to a hospital in critical but stable condition. Detectives checked a home where a potential suspect reportedly barricaded himself inside, but found nothing.

11/18 - 1:10 a.m.: Officers were called to the 300 block of South Monroe Street and found 32-year-old Glen George Gawne, Jr. suffering from a gunshot wound to the chest. He was transported to an area hospital, where he later died.

11/16 - 1:57 pm: Dominic Nelson, 27, was shot in the 4800 block of Midwood Avenue after being involved in a vehicle crash. The victim later died. Police aren't sure if the suspect was also involved in the crash.

11/14 - 11:17 p.m., A 41-year-old man was found with multiple gunshot wounds to his body in the 1600 block of Frederick Avenue. He was taken to the hospital where he is listed in critical but stable condition.

11/13 -6:24 P.M., Officers responded to the 400 block of North Glover Street for a report of a body and located a woman, dead in the back of the location. She had trauma to the upper body. At this time her cause of death is unknown.

11/13 - 12:51 pm: An officer patrolling Pennsylvania Avenue heard gunfire and found an unresponsive man laying in the 1600 block of West North Avenue. The victim had been shot multiple times and died at an area hospital. Later the same day police arrested and charged 19-year-old Stephawn Tate.

11/12 - 5:35 a.m., Officers were called to the 1800 block of Pennsylvania Avenue and found 28-year-old Tavon Paul suffering from multiple gunshot wounds. He was pronounced dead later at Shock Trauma.

11/11 - 8:34 p.m., A 24-year-old man was shot in the leg and a 19-year-old man was found unresponsive at Calvert and Redwood Streets. Both victims were transported to the hospital where the 19 year-old died. At this time the cause of death is unknown.

11/11 - 7:08 p.m. Officers responded to the 5900 block of York Road and found a 52-year-old woman with a gunshot wound to the hand. Police say a gunman approached the victim as she was getting in her car. When the victim refused to get out of the car she was shot.

11/11- 3:21 a.m.: Nathaniel Carter, 35, was shot in the 4400 block of Plainfield Avenue. The victim was taken to an area hospital and pronounced dead by medical personnel shortly after arrival. Police arrested 24-year-old Joseph Clark and charged him with 1st Degree Murder. Detectives believe the incident to be domestic related.

11/9- 8:09 p.m.: An unidentified man was being assisted into a vehicle in the 2300 block of East Chase Street. The officers then followed that vehicle to an area hospital at which time they discovered the male was suffering from a gunshot wound to the torso.

11/8 - 4:47 p.m.: Officers responded to the 2600 block of E. Monument to assist the Fire Department with an unidentified female who was found unresponsive inside a vacant dwelling. The victim had obvious signs of trauma to her head and was pronounced dead on the scene by medics.

11/8 - 12:29 a.m.: Officers were called to an area hospital where they located a 17-year-old male who was suffering from a non-life threatening gunshot wound to his right thigh. The victim told officers that he was walking on McElderry Street at N. Curley Street when he heard gunshots. He quickly realized he had been shot and got a ride to the hospital.

11/7 - 2:59 p.m.: Upon arrival at Johns Hopkins Hospital, officers located 31-year-old Donald Chapman who had been shot in the head. The victim was pronounced dead a short time later. The person who dropped the victim off did not remain at the hospital.

11/7 - 11:57 a.m.: Police say a 18 year-old man was shot in his groin and a 17 year-old boy suffered a graze wound to his head after they got into an argument and shot at one another in in the 1700 block of Fleet Street at a local barbershop. Both are being treated at the hospital and are in police custody, pending charges.

11/7 - 4:31 am: 26 year-old Sharif Stewart was found shot in a Honda Crosstour in the 2400 block of Carroll Street. He later died at Shock Trauma. Devin Shadle, 17, was arrested later the same day in the 2700 block of Washington Boulevard.

11/5 - 6:18 pm: An unidentified man was shot in both legs in the 400 block of Aisquith Street. The victim was taken to the hospital in serious condition.

11/5 - 2:26 pm: A 34 year-old man was found at a hospital with a non-life threatening gunshot wound. He told detectives he was shot on Greenmount Avenue at 33rd Street. Police haven't yet been able to confirm that.

11/5 - 11:57 pm: A 41-year-old man was shot in the arm and face while in the 300 block of Bruce Street. He took himself to Baltimore County and notified police before being taken to a hospital with non-life threatening injuries.

11/4 - 7:09 am: A man was shot in the 1300 block of Elrino Street and afterwards ran to the intersection of Gusryan and Boston Street, where he was located by police and taken to the hospital.