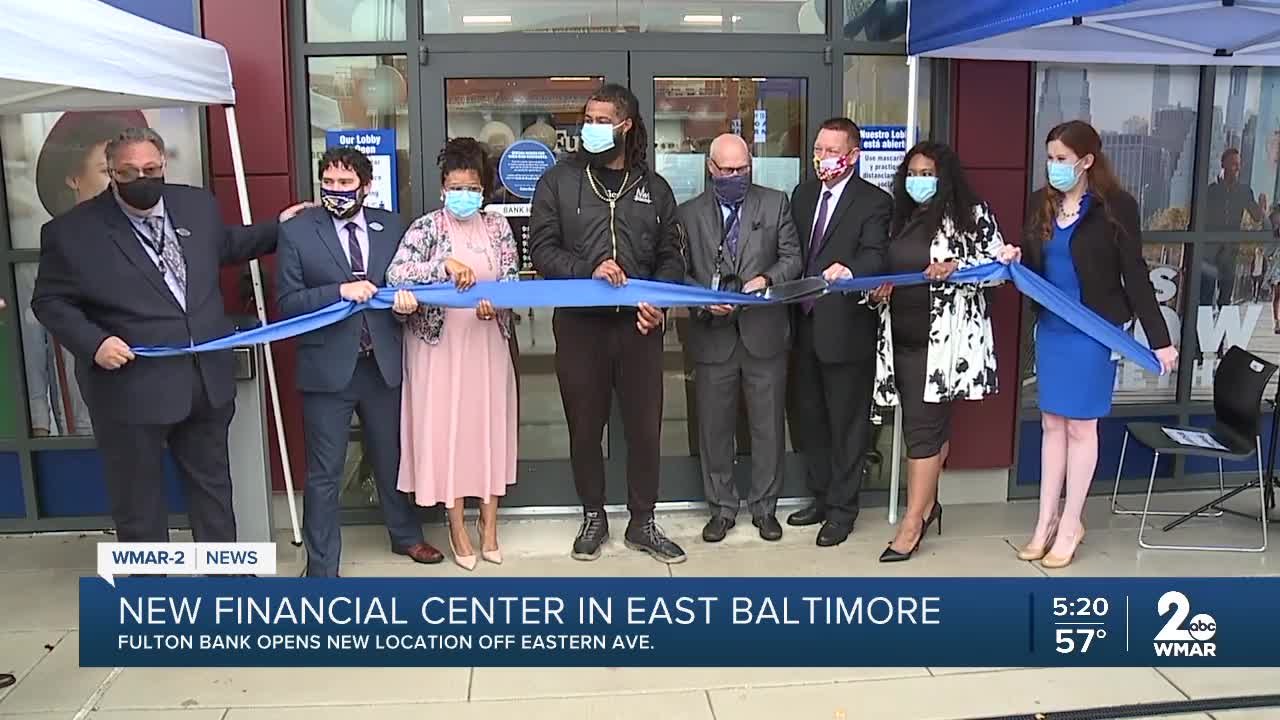 There's a new bank open in the Bayview-Greektown area.

BALTIMORE — There's a new bank open in the Bayview-Greektown area and they're already helping new and soon-to-be homeowners with some financial aid.

Pennsylvania-based Fulton Bank opened up a new branch off of Eastern Avenue in the 'Yard 56' Shopping Center.

Maybin says Baltimore's Black community may mistrust banks because of their long history of predatory practices.
He sees this opening as an olive branch to change that.

"A lot of those situations you never had those same institutions come back and actually say we’re going to invest back into the community, we’re actually going to create educational pathways and resources for the same communities that have been taken advantage of for so long," he said. "So I think that in order for those relationships to be built and for those cycles to be broken, you need organizations like Fulton bank to come into communities like Baltimore and to actually invest into them at the same time while they’re doing business and commerce within."

The company's CEO says they have helped more than 550 families buy new homes in the city.

They have two other branches opening up in the near future-- one at Northwood Commons and one on Federal Hill.