Military couple jumps into action to try to save shooting victim 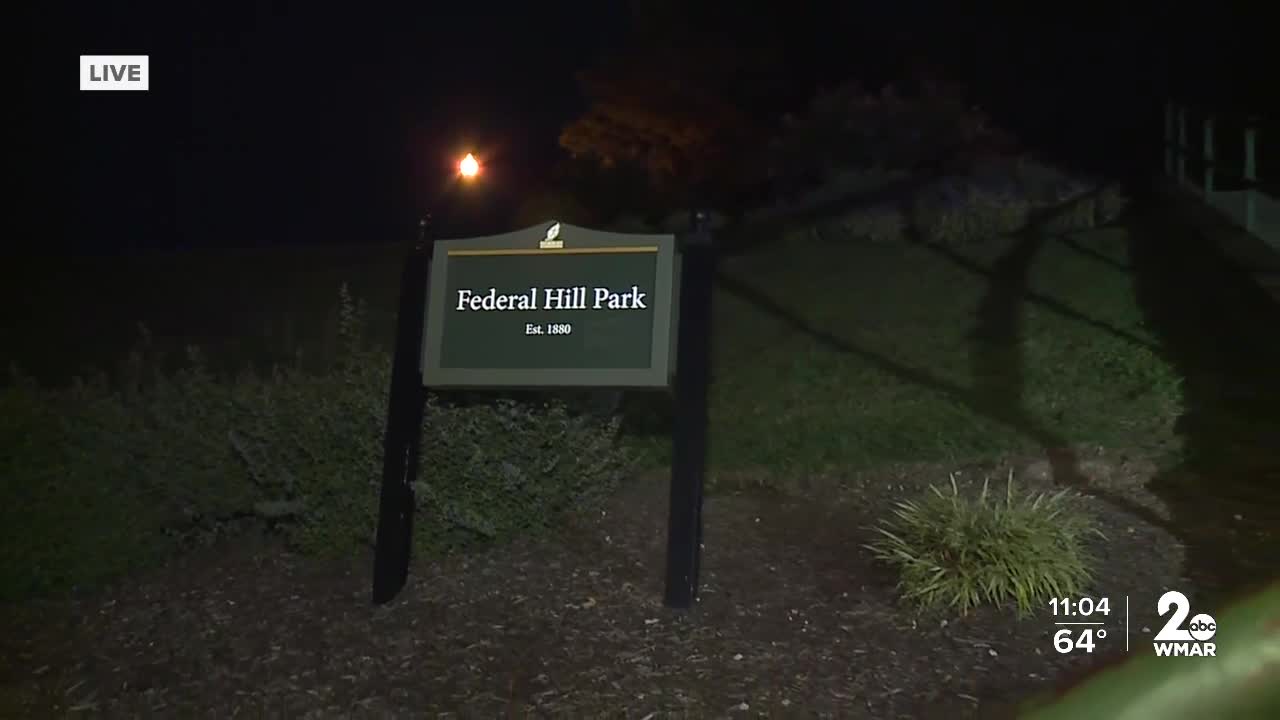 When Dedrick Richardson and his fiancé Shunquita Neal moved into Federal Hill they never thought they’d have to use the staircase to the park to rush a man dying from a gunshot wound into their work van.

BALTIMORE — When Dedric Richardson and his fiancée Shunquita Neal moved into Federal Hill they never thought they’d have to use the staircase to the park to rush a man dying from a gunshot wound into their work van.

They never expected it—but their military training prepared them as they jumped into action to try and save his life.

Richardson and his brother were enjoying a night on top of Federal Hill when the familiar sound of gun fire forced the Navy veteran to transition into military mode rushing down the hill to get his brother to safety.

“I was looking up at the hill to see if there was any type of return fire,” Richardson said. “We ended up jumping off the wall at Key Highway just to make sure we were protected by the stone wall down there.”

He didn’t know his daughter was also up there.

She called her mother, Neal, in a panic.

Neal, whose an active member of the Navy got to her daughter and made sure she got home safely.

She heard cries for help from the fiancée of the victim and rushed back up the steps to help.

“At the very last step I turned to the left and I saw the young man laying in a pool of blood,” Neal said. “I said did anybody call 9-1-1? They said we all tried to call and there was no answer.”

The couple took saving the mans life into their own hands.

Another man carried the victim down the steps as Neal guided him and instructed Richardson to have their Creole Soul catering van cleared out to try to keep him alive.

“For me to be alongside her to say we know someone’s life is in danger, let’s just go ahead and do what we have to do to make sure we can save his life,” Richardson said.

Their effort was heroic.

The outcome unfortunately was the 39-year-old man dying before he could get to a hospital.

He passed away, in front of his family.

“He just stayed there and comforted them,” Neal said. “It’s very sad because that young baby saw this for herself and was asking is god going to wake my daddy up.”

In their short time here they have invested and grown to love Baltimore.

But they say until more action is taken to reduce crime here and across the city they don’t plan on taking another trip up the steps to Federal Hill.

A shame because the park Is a big reason why they moved to the neighborhood.

They're calling for more lights and accountability from elected officials overseeing a city that just had over 40 people shot and 12 killed in a 8 day period.

Investigators are looking for the shooter in the case.

You can leave an anonymous tip with Metro Crime Stoppers at 1-866-7LOCKUP.