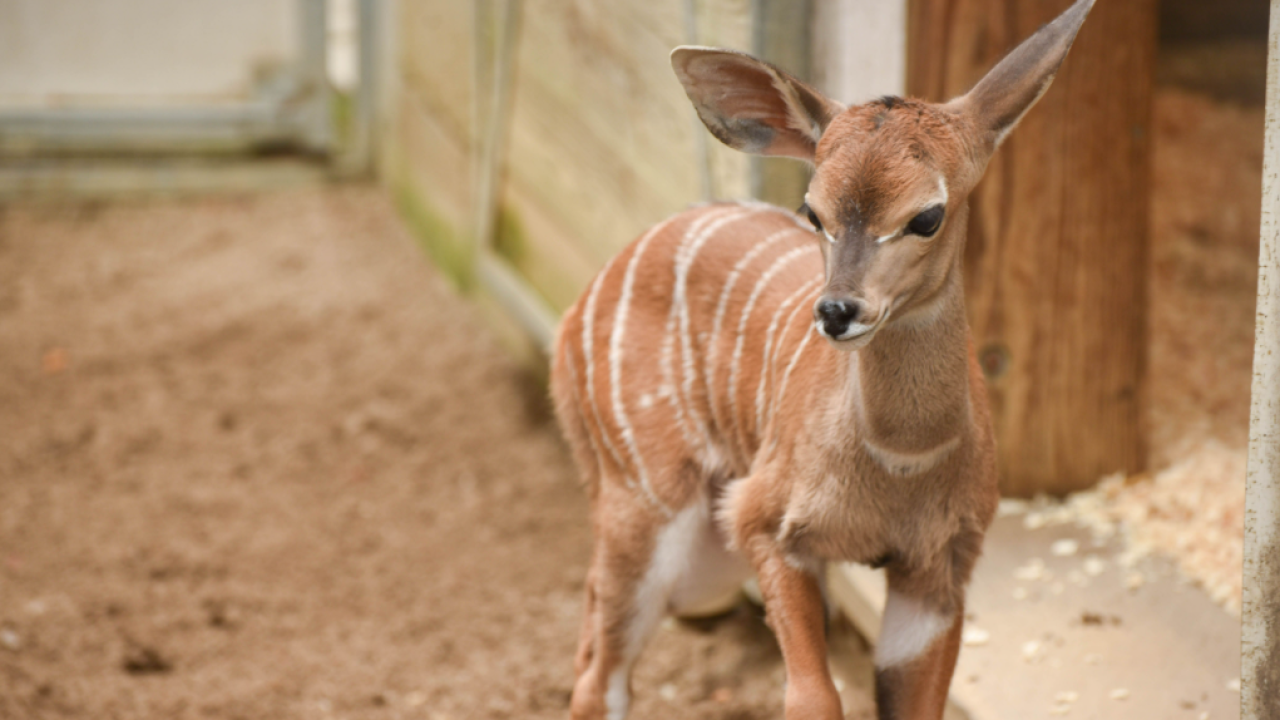 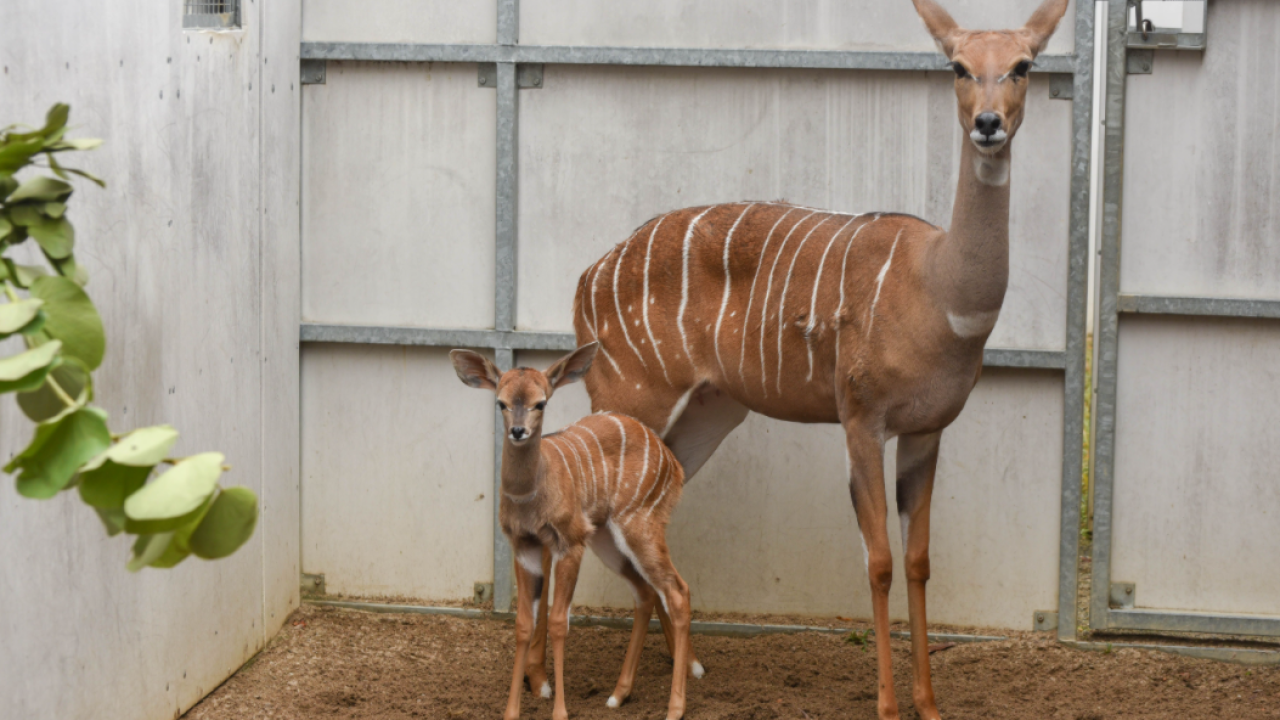 BALTIMORE, md. — The Maryland Zoo in Baltimore is welcoming a male lesser kudu calf, born on Monday, October 5, 2020 in the late afternoon.

The calf, which has been named Kadett, was born to seven-year-old Meringue and sired by ten-year-old Ritter. He is the second offspring for Meringue. “The calf was standing and nursing within an hour of being born, which is very good. He has long, spindly legs and huge ears right now; he’s very cute at the moment,” said Erin Grimm, mammal collection and conservation manager. “Meringue is taking great care of him and we are pleased with his progress so far.” Kadett stands about three-feet-tall and weighs in at about 14 pounds. “Right now he will remain in the barn bonding with Meringue for a couple of weeks. His first turn out into the habitat will be weather dependent, but we hope to have them outside before it gets too cold,” continued Grimm.

Lesser kudu are one of eight species of African spiral-horned antelope. Male lesser kudu horns can grow to be 72 inches long, with 2 ½ twists. In the wild they live in dry, densely thicketed scrub and woodlands of northern east Africa. Interestingly, they rarely drink water, apparently getting enough liquid from the plants that they eat.