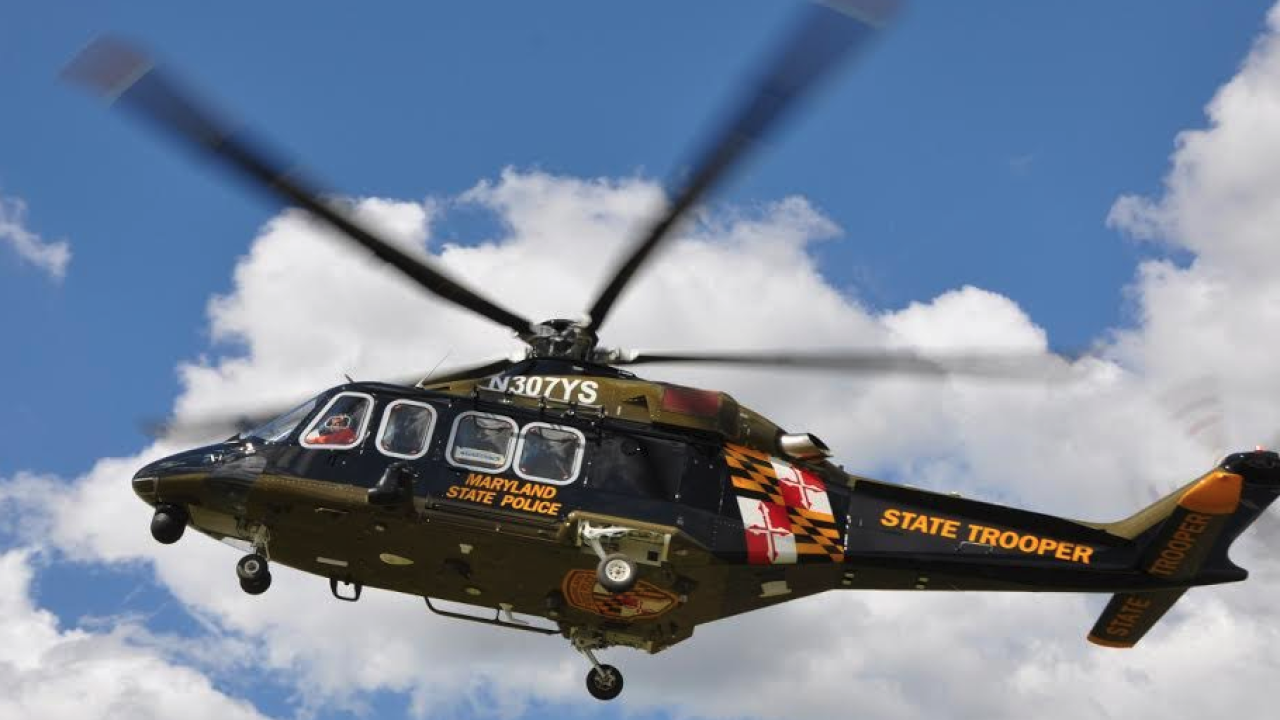 DICKERSON, Md. — Maryland State Police rescued a 10-year-old child after they lost their footing near the top of Sugarloaf Mountain.

On Sunday, at about 2:25 p.m., the Maryland State Police (MSP) Duty Officer, stationed within the Systems Communications Center (SYSCOM) in Baltimore, received a request for help from Frederick County Emergency Services Center to help rescue a 10-year-old child who fell and sustained injuries after losing their footing on the rocks near the top of Sugarloaf Mountain.

Troopers based in Frederick were called after rescue personnel came across treacherous and remote conditions with high winds for extraction.

A Maryland State Trooper/Rescue Technician was lowered to the scene to help hoist the child up.

After the victim was assessed and placed into the secure hoisting device, both the victim and State Trooper/Rescue Technician were hoisted up to the helicopter.

The victim was taken to the Children’s National Medical Center in Washington D.C. for evaluation and treatment.