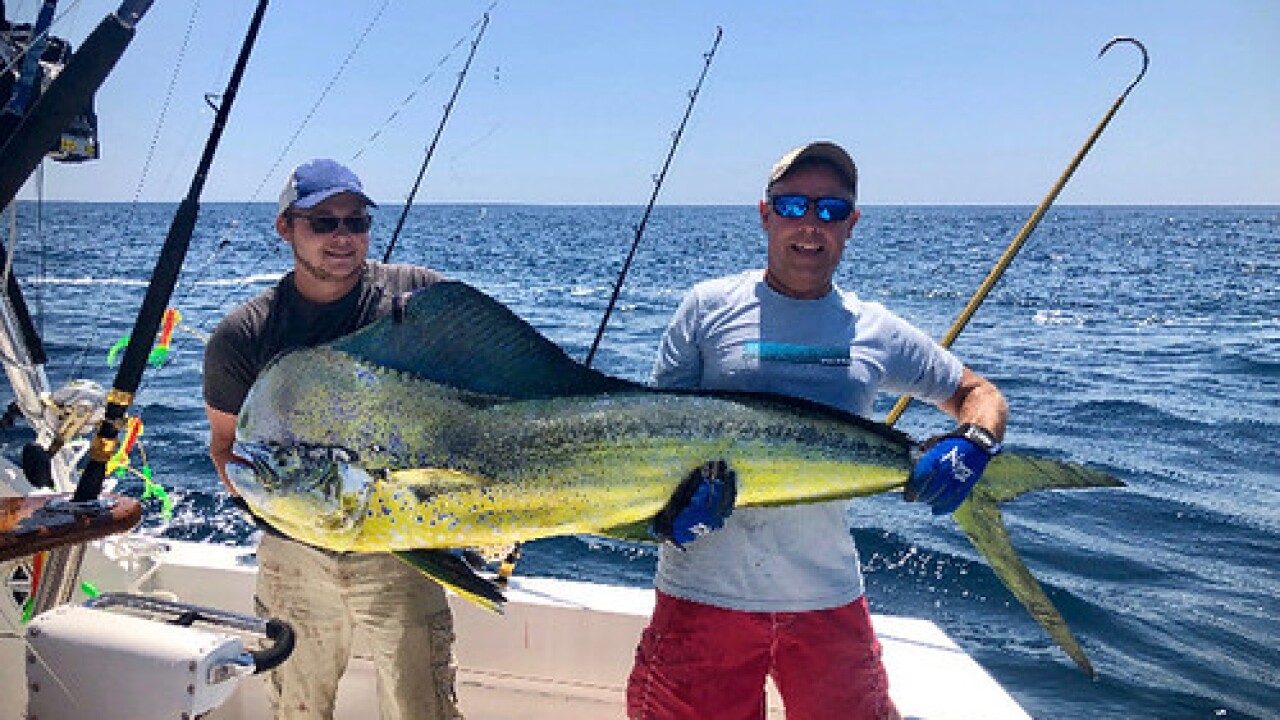 From Maryland Department of Natural Resources

OCEAN CITY, Md. — A Maryland man reeled in a record-breaking catch in Ocean City when he landed a 72.8 pound Mahi Mahi on Wednesday.

Jeff Wright was aboard a boat above Poor Man's Canyon when he felt something pulling on his rod.

A Maryland Department of Natural Resources biologist identified the species as common dolphinfish — Coryphaena hippurus — and its weight was certified by Sunset Marina in Ocean City, according to the Maryland Government website.

Wright’s catch beat the existing record held by Kim Lawson, who reeled in a 67.8-pound common dolphinfish in July 1985.