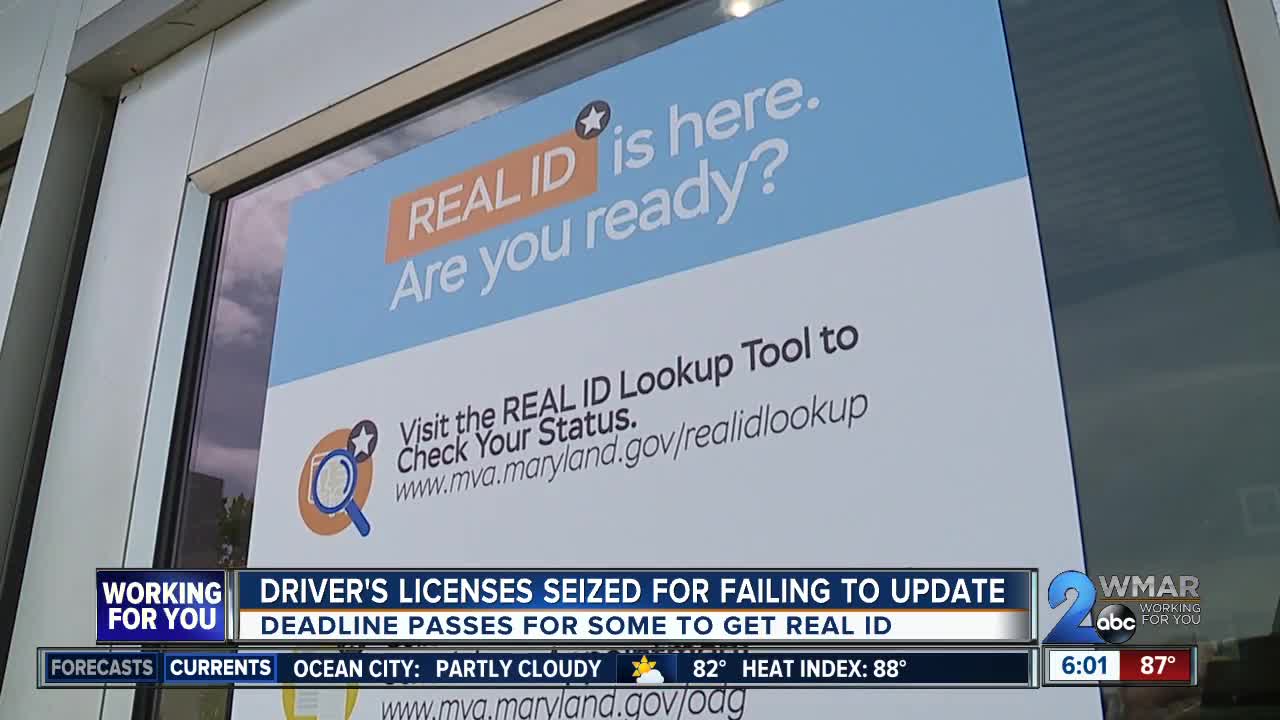 Federally-mandated requirements to hand over real information to prove your identity when getting a driver’s license are forcing some people to renew their licenses for a second time or risk having the police confiscate them during traffic stops.

MVA Administrator Chrissy Nizer says the almost 8,000 Marylanders who missed a July deadline are at risk of that right now.

"There have been three individuals who were stopped for another reason and had this on their record and had their license recalled by law enforcement,” said Nizer. “I'm happy to say that all three of those individuals have come in to MVA, provided their documents and now have their license in good standing."

Nizer says those 8,000 were among 80,000 who starting in December have received at least six notices from the MVA through email, regular mail and telephone calls.

150,000 additional customers face a November deadline as the state tries in staggered-fashion to replace previously issued licenses with new ones backed up by passports, social security cards and other forms of identification.

"The number was over a million when we first started out,” said Nizer. “The good news is that number is down to 780,000, and so what's happened is many people who didn't get the notice heard about it in the media or saw this out in the community and decided just to come in."

The MVA has pledged to help customers avoid long lines and waits to match by guaranteeing they'll see them within 15 minutes if they go online to set up appointments, which are booked through mid-September at this point.

While police will be aware of recalled licenses in the event of a stop, Nizer says it is still within the officer's discretion whether they will seize it or let the person hold on to it without leaving them afoot on the side of the road.