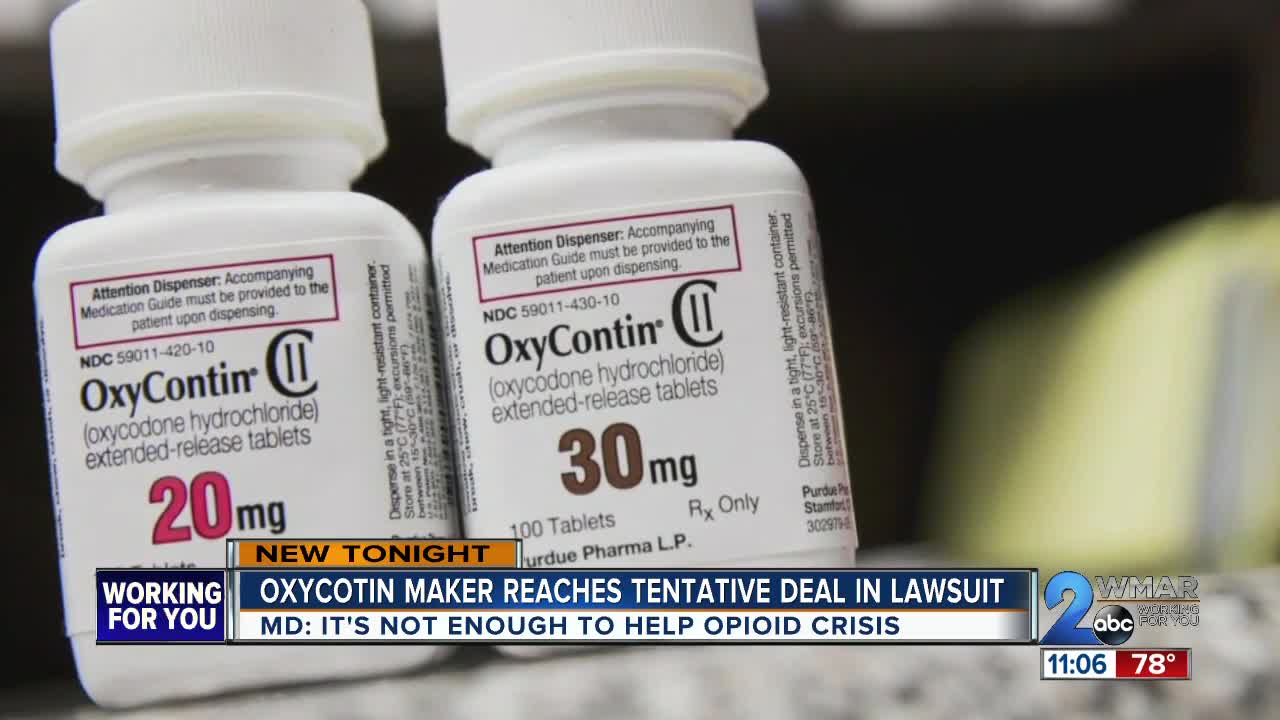 Frosh said Wednesday what's on the table is insufficient and doesn't begin "to compensate for the damage that was done by the Purdue company and the Sackler family."

"The Sackler family and Purdue Pharmacuticals have left a trail of addiction and death in our state and around the country," Frosh said. "What they propose is not sufficient to heal the harms that have been caused by them."

About half the states, along with about 2,000 local governments, reached a tentative deal Wednesday with Purdue Pharma over its role in the nation's deadly opioid epidemic.

In May, Frosh announced that Maryland filed charges against the owners and former directors of Purdue. The attorney general alleges they engaged in a pattern of deceptive conduct that encouraged inappropriate use of opioids and fueled the nation's opioid crisis.