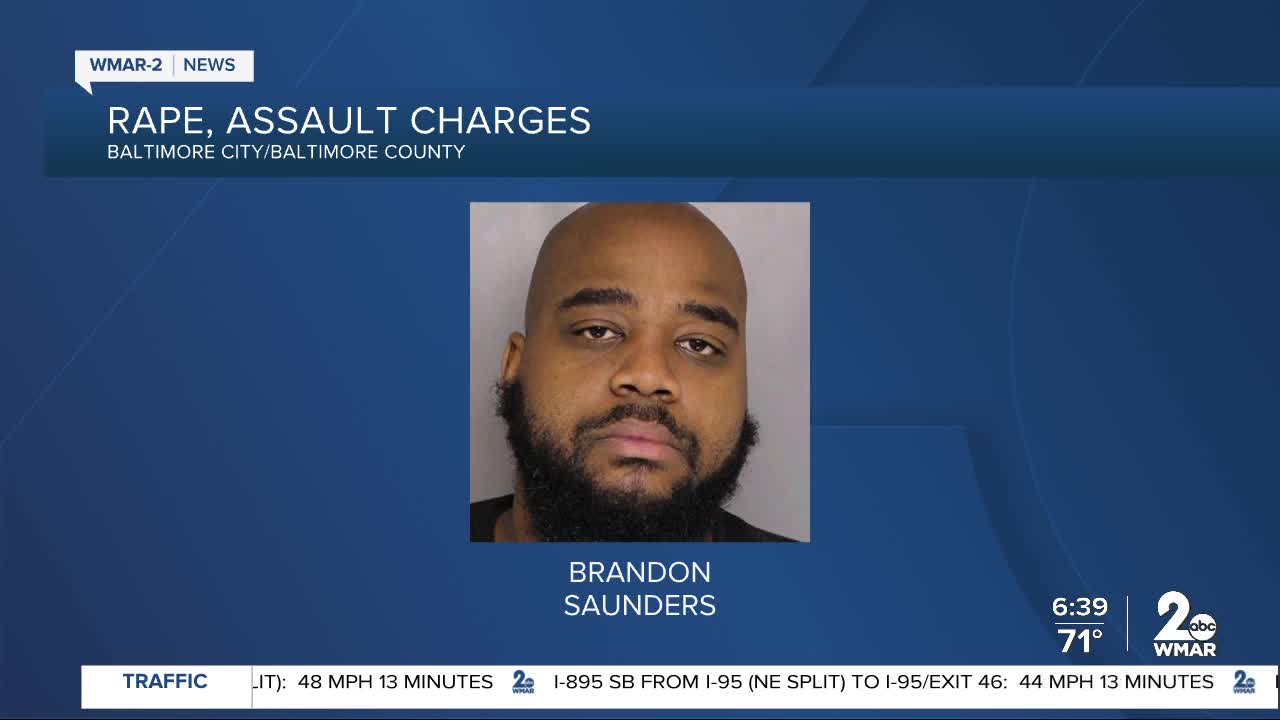 Brandon Saunders, suspected of multiple attacks, has been arrested

BALTIMORE, md. — Police say he was arrested on July 29, a year and a day after the rape happened in the parking lot of Loch Raven High School on July 28, 2019.

Police say the victim was in Baltimore City and needed a ride to a family member’s house after she had an argument with a friend. Police say she was waiting for a bus when 29-year-old Brandon Saunders approached her in a car.

He offered to give her a ride but after she got in she noticed they weren't going in the right direction. It was at that point, Police say the suspect assaulted her inside the car and continued to drive to a back parking lot at Loch Raven High School where he brutally raped and attacked her to the point of unconsciousness.

Police say he repeatedly threatened to kill her. She was able to escape and ran towards the beltway.

The victim was bloodied and disheveled from the attack and someone driving by noticed her walking along the shoulder of 695 and called 911.

Once Baltimore County detectives realized the suspect lived in Baltimore City, they asked city detectives for help and started looking for similarities to other rape cases.

Baltimore county police put out some stock photos of different cars they say Brandon Saunders operated. These include a 1999 blue Mercury Grand Marquis, a 2001 silver Oldsmobile Alero and a 2003 black Chevy Malibu.

Baltimore City police also have a warrant for Saunders's arrest for a rape which happened in the city in October 2019.

Police in both Baltimore City and Baltimore County are asking rape survivors to step forward and contact them if anything about this case looks or sounds familiar.

As of July 31, Brandon Saunders has been released on bail.