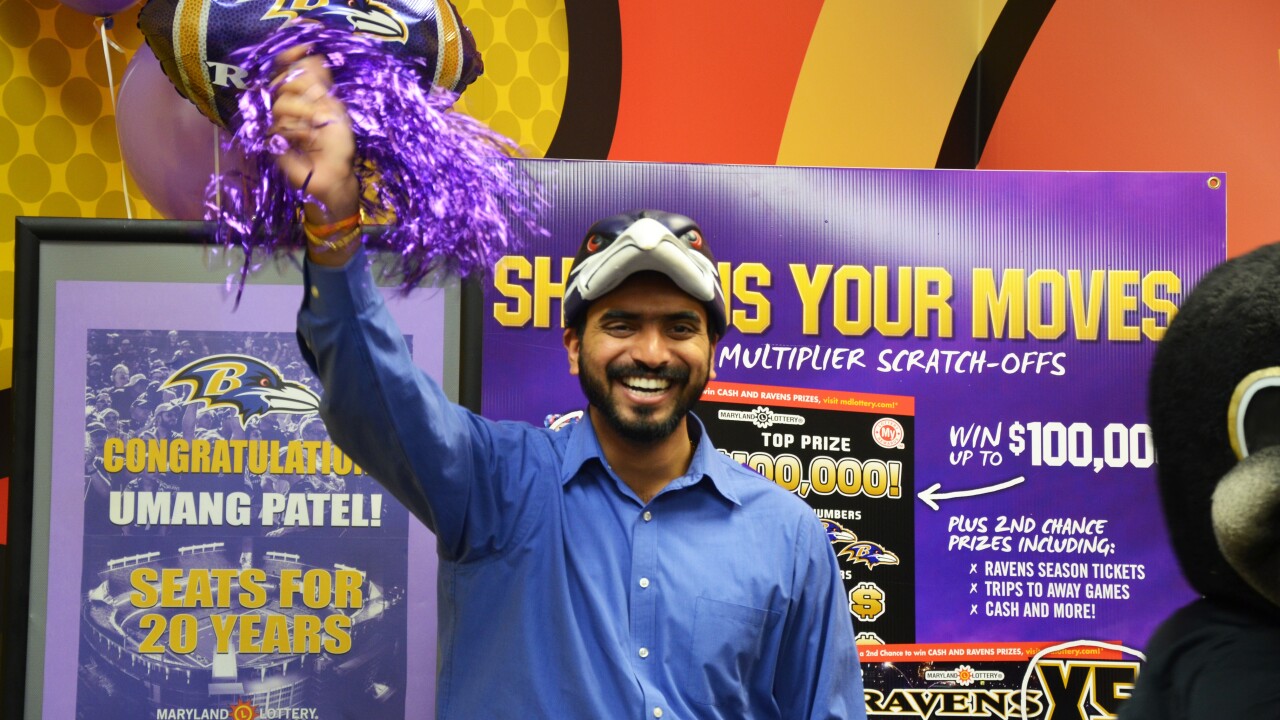 BALTIMORE (WMAR) — Ravens tickets for 20 years is just what the doctor ordered.

On Monday it was announced that Umang Patel won two club level tickets and parking to every regular and preseason home game for the next 20 years.

Patel, a medical resident from Anne Arundel County was randomly selected for the prize out of 1.5 million entries, including five other finalists.

None of the finalists walked away empty handed, each received $10,000 and a tour of the Ravens training facility.

Last Wednesday, Patel was on his way to join the other finalists at the Ravens Under Armour Performance Center for the final drawing, but was on call at the time and had to go into the hospital and missed the event.

Much to his surprise, Lottery officials called Patel to have him come into Lottery headquarters to pick up a prize pack. When he arrived he was greeted with celebration and the news that he had won "Seats for 20 Years".

This year was the tenth consecutive "Seats for 20 Years" contest put on by the Maryland Lottery in partnership with the Baltimore Ravens.

The way the contest works is players who purchased $2 and $5 Ravens scratch-offs entered their non-winning tickets into their 'My Lottery Rewards' accounts. Once a player submits their ticket, they can choose from several prize drawings, including the "Seats for 20 Years". A total of 4.7 million participants vied for those drawings.