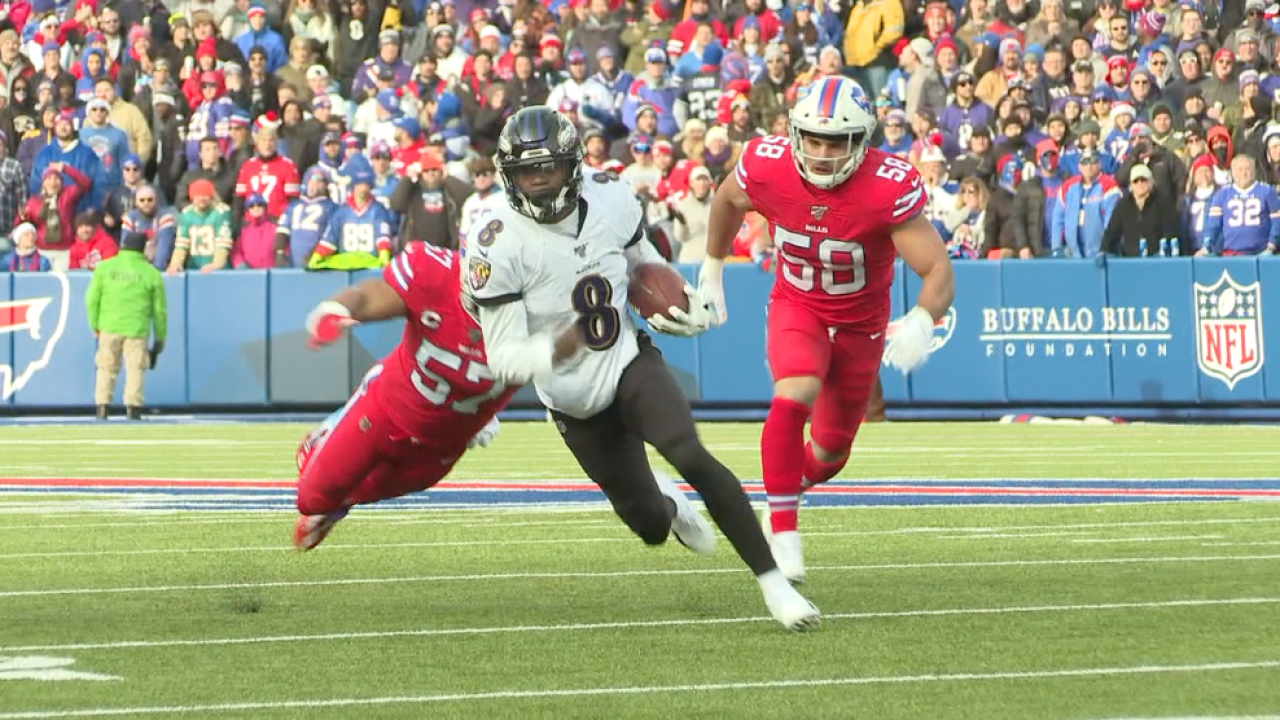 Ravens quarterback Lamar Jackson runs during his team&#39;s 24-17 victory over the Buffalo Bills

BALTIMORE — Lamar Jackson will be on the cover of Madden 2021.

During a press call on Tuesday, Jackson made the announcement and said "it's a dream come true."

Jackson also said he isn't worried about any curses associated with being on the cover of Madden.

"Patrick Mahomes is on the front he won Super Bowl MVP," Jackson said. "I want the curse. I hope that's a curse."

"It's a dream come true." @Lj_era8 on Madden cover: pic.twitter.com/FtNibi7xt4