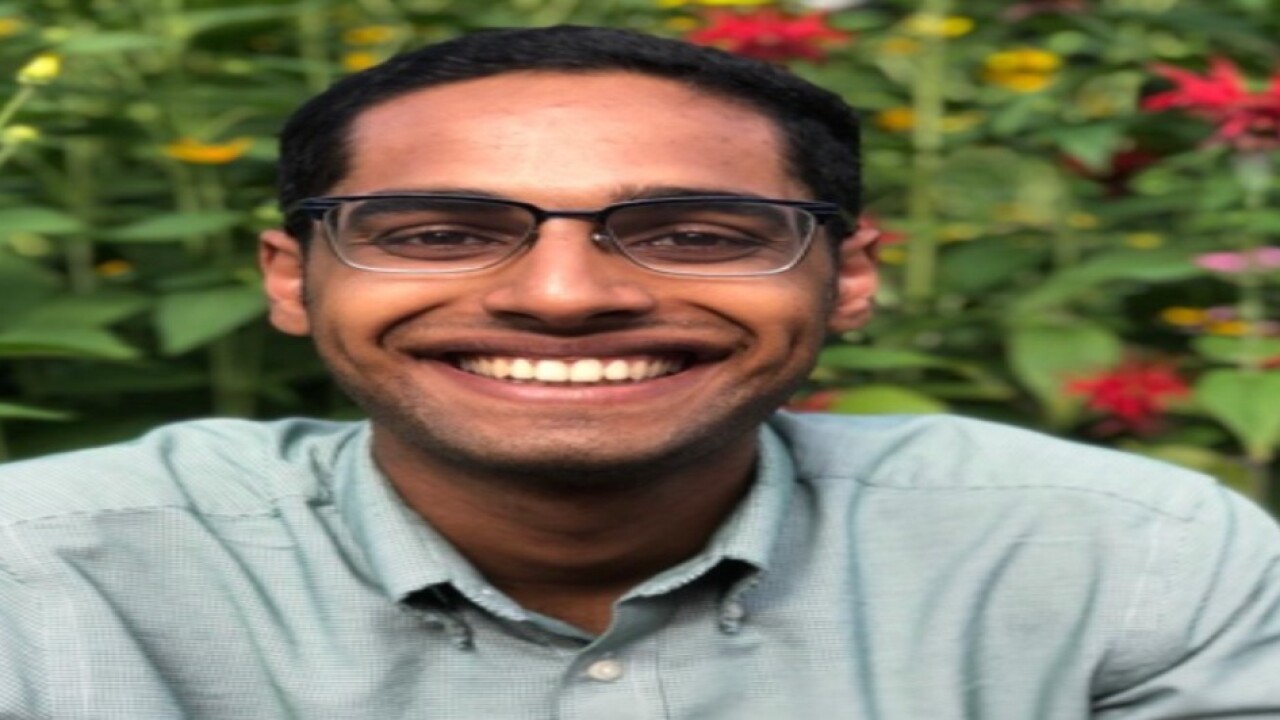 BALTIMORE — A Johns Hopkins University grad has been named a Rhodes Scholar.

Vijayasundaram Ramasamy, a public health studies major who graduated from Johns Hopkins University in 2018 and led the team drafting the state of Kansas’ COVID-19 reopening plan, has been named a Rhodes Scholar, one of the top awards available to American college students.

Ramasamy is one of just 32 students to win a Rhodes scholarship this year. The scholarships provide all expenses for two or three years of study at the University of Oxford in England.

At Oxford, Ramasamy intends to pursue a Master of Science degree in Comparative Social Policy and a Master of Public Policy degree, hoping to improve his understanding of global public health in order to make government services work better.

“It’s been incredibly inspiring to see what public health workers are doing every day with so few resources and with such an incredible amount of pressure,” he said. “It really solidified for me that I want to understand how people create sustainable health systems around the world and how we can defend government services in the United States.”

While at Johns Hopkins, Ramasamy volunteered with several social services programs focused on public health and worked in Baltimore’s underserved neighborhoods, including at a healthcare case management non-profit.

Immediately after he graduated, his first job was with the city’s health department. Former Baltimore Health Commissioner Peter Beilenson taught Ramasamy one of his first courses in public health and inspired him to spend time at the city’s syringe exchange program that began during Beilenson tenure with the city.

Rhodes Scholars are chosen in a two-stage process. First, applicants must be endorsed by their college or university. This year more than 2,300 students began the application process; 953 were endorsed by 288 different colleges and universities. Committees of Selection in each of 16 U.S. districts then invite the strongest applicants to appear before them virtually for interview. Johns Hopkins had four finalists this year.

Ramasamy plans to enter Oxford in October 2021. He expects to then return to public service to help government build “the resources, and the trust and the access and the transparency it needs to solve the big problems.”

He’s also not ruling out some day running for an elected office.