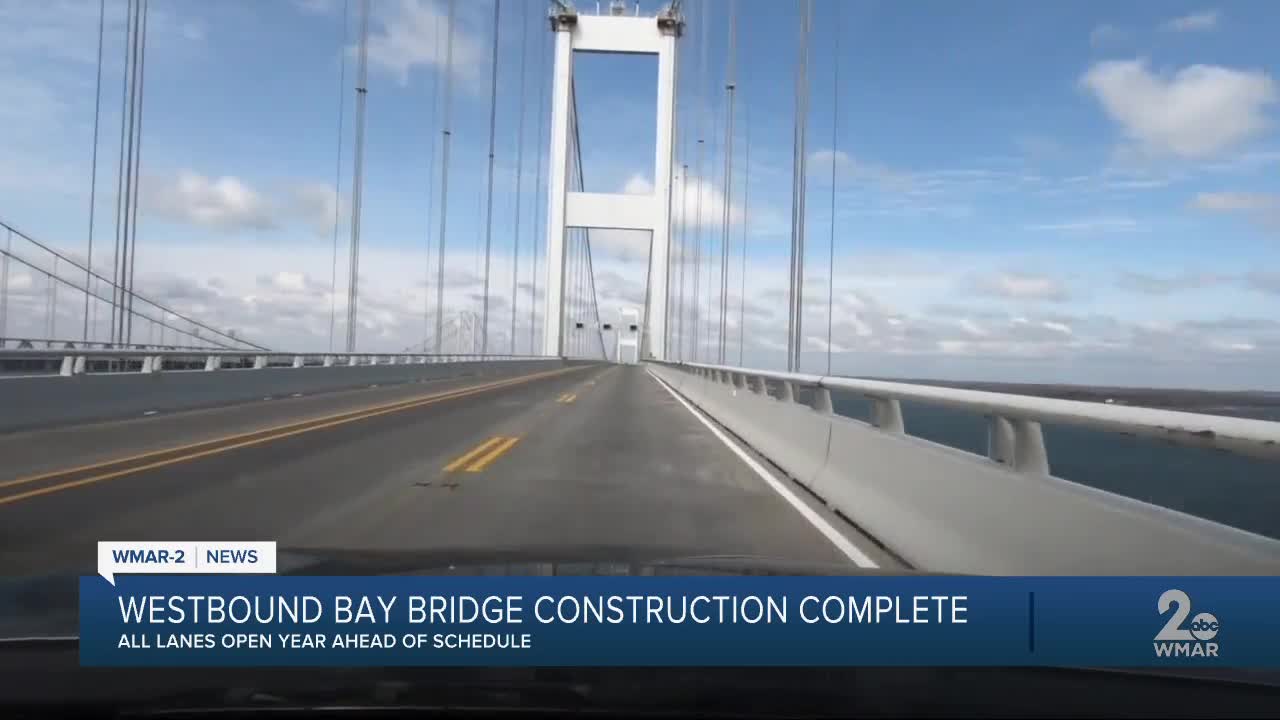 ANNAPOLIS, Md. — All lanes are open.

On Wednesday, Governor Larry Hogan announced the completion of construction on the westbound right lane deck of the Bay Bridge.

The news comes more than a year ahead of the scheduled completion date, and brings an end to unprecedented traffic and delays on the bridge.

Since September of last year, the westbound right lane had been closed around the clock. Prior to construction, Hogan said 75 percent of the lane was patched up and deteriorated.

Though all lanes are open and the main portion of construction is complete, some remaining work will occur on the westbound center and left lanes during overnight/off-peak hours, including deck sealing, steel railing replacement and deck/joint repairs and replacements. Minimal traffic delays are expected. Motorists should expect some periods when steel plates will be placed in the center and left lanes. Overhead signal gantries on the westbound span also need replacing, which will require some signal outages.

The MDTA said they still expect the Bay Bridge to move to 100 percent electronic tolling by summer. Right now, officials say they're about 70 percent toward that goal.

Governor Larry Hogan released the following statement on the completion of construction.

“Maryland is facing significant challenges these days, and of course our primary focus is on the health and safety of our citizens amid the ongoing COVID-19 threat,” said Governor Hogan. “But it’s important to celebrate the reopening of the westbound right lane of the Bay Bridge, because for me it represents the spirit, dedication and work ethic that will see our state through any crisis.”

“This project was envisioned as taking two construction seasons to complete. But our dedicated employees and contractors, working to serve their neighbors and all those who use this bridge, have completed it in just over seven months – record time by any measure,” Governor Hogan added. “The men and women who have accomplished this task inspire me, and will forever have my appreciation. They give all of us confidence that Maryland can and will emerge from any challenge faster and stronger than anyone can imagine.”

To read more on how Bay Bridge traffic had been affected, click here.