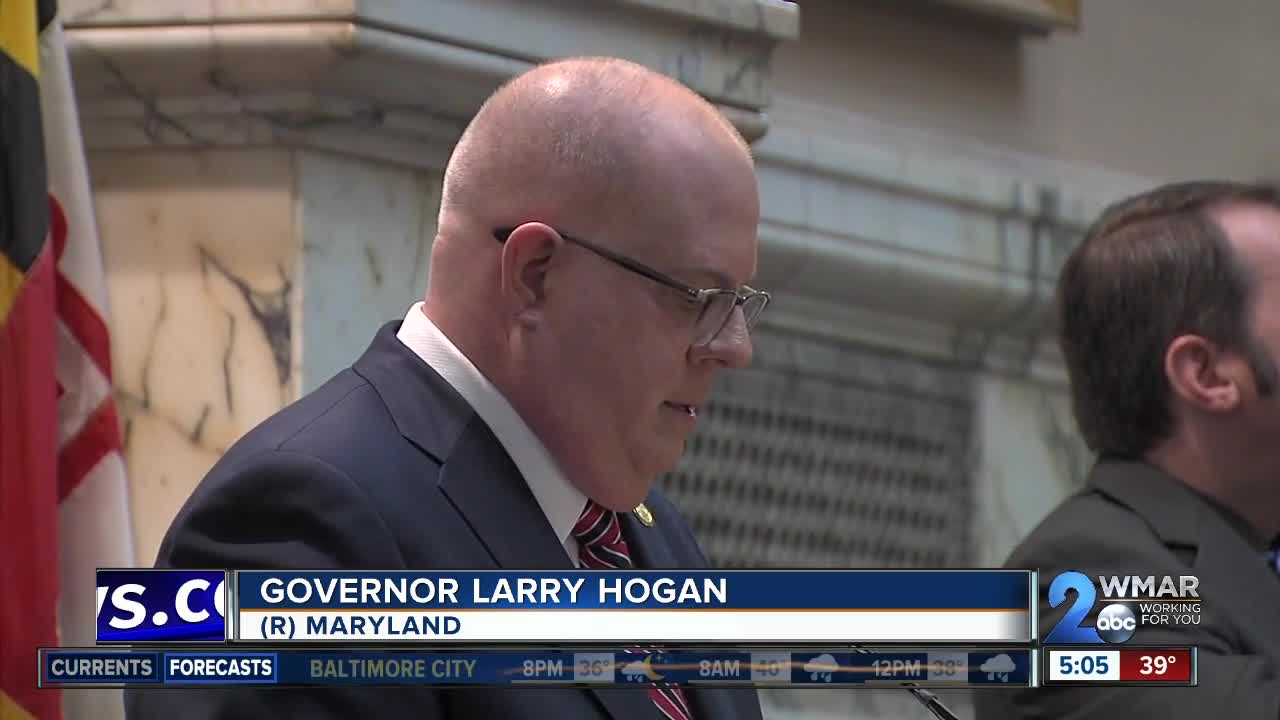 At noon Wednesday, Governor Larry Hogan delivered Maryland's 2020 State of the State address to the General Assembly in Annapolis.

The Governor called for bipartisan solutions to avoid division within the state, despite recent votes by the General Assembly to override some of his vetoes from last year's session.

"Five years ago, during my first Inaugural Address, I said that the politics that have divided our nation need not divide our state, and I asked all Marylanders to seek that middle ground where we could all stand together. And while Washington seems to be more bitterly divided than ever, here in Maryland we have faced our challenges with civility and moderation. We have continued to put the people’s priorities ahead of partisan politics, and we worked together to achieve real, bipartisan, common sense solutions that worked for the people we serve.”

“Our nation appears hopelessly and bitterly divided. Just 30 miles down the road in Washington, both parties seem to be consumed with partisanship and dysfunction. But as I look back at all we have been through and all the progress that we have made together here in Maryland over these last five years, my experiences do not burden me with dread—they fill me with hope. And I believe that in spite of all that divides us in America today, there is far more that unites us. And as America searches for healing and a path forward, let them look to us.”

“Under this plan, retirees making $50,000 or less, who are often forced to make tough choices every single day just to make ends meet, will pay no state income tax whatsoever. And all retirees earning less than $100,000 will see a tax reduction of no less than 50% and up to 100%. This is the largest tax reduction in Maryland in more than two decades. It will provide tax relief for more than 230,000 Marylanders and will help keep tens of thousands of Maryland retirees from fleeing our state.”

“I stand here today ready and willing to continue working alongside you to ensure that every single child in our state has access to a great education, regardless of what neighborhood they happen to grow up in. But instead of continuing to simply debate how much more we should spend, let’s have productive discussions about how we can hold local school systems accountable for the billions of state tax dollars we are already investing, and let’s make sure those dollars are getting into the classrooms where they belong. Our bipartisan efforts should have one simple goal, and that is achieving better results for Maryland’s children.”

“People are being shot every single day in Baltimore City. This is an urgent crisis, and we have an obligation to do something about it right now. There can be no more excuses and no more delays. The time has come for Baltimore City to finally take back its streets and communities once and for all, and they simply cannot do it without decisive action from this General Assembly.”

According to the White House, the state's unemployment rate is lower at 3.5%, the real median household income in Maryland is $80,000.

The White House also added that in the last three years, 78,000 new jobs have been created in Maryland, and home ownership rate is up 5%, with new business applications up 18%.

“We congratulate the Governor on today’s State of the State Address and wholeheartedly agree that Maryland has never been stronger. We also agree that addressing the violent crime crisis in Baltimore is the single most important issue of this Session. As the Governor said, we will have failed the City of Baltimore and the entire State if we fail to act.

For our members, failure is not an option. We are eager to study, debate and refine proposals put forth by the Governor, our members, our Republican counterparts in the House, and our Democrat colleagues in order to restore law and order to the city of Baltimore.

If necessary, we will also introduce emergency legislation to ensure that there is a swift, certain and immediate response to this violent crime crisis.”