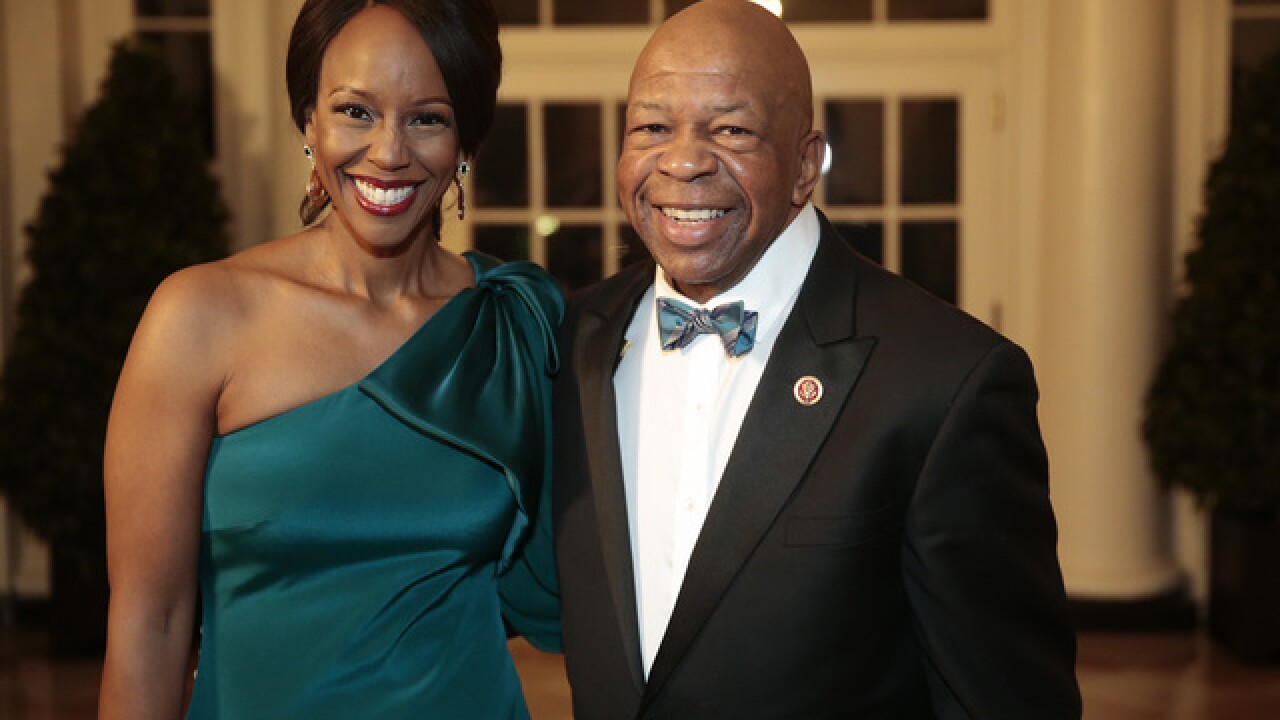 BALTIMORE — A government ethics watchdog has filed a complaint with the Internal Revenue Service against a charity run by the wife of Maryland Congressman Elijah Cummings.

The complaint was filed on Monday by the National Legal and Policy Center against the Center for Global Policy Solutions, a 501(c)(3) non-profit organization headed by Maya Rockeymoore Cummings, the Congressman's wife.

Its main purpose, they say, is for the IRS to investigate whether "its organizers are getting fat off the grants."

Rockeymoore Cummings is also President of a similarly named for-profit consulting firm called Global Policy Solutions, LLC., which has listed the same address and phone number as the charity.

According to the complaint, public tax records show that both entities received millions in health policy grants and contracts from the same groups and organizations, including the Robert Wood Johnson Foundation from 2007 through 2016 and the General Services Administration in 2017.

The watchdog claims Rockeymoore Cummings was in violation of the Internal Revenue Code for overlapping her non-profit and for-profit business dealings, but may have also personally benefited financially from charitable donations in what is also known as inurement.

Citing Rockeymoore Cummings current position as Chairwoman of the Maryland Democratic Party, and Rep. Elijah Cummings status as Chairman of the House Committee on Oversight and Reform, conflict of interest concerns were also raised by the ethics group in their letter to the IRS.

"We request a prompt and fair investigation that is insulated from political influence, given the spousal relationship between Maya Rockeymoore Cummings and Rep. Cummings, a powerful member of Congress," the statement read.

In a statement sent to WMAR-2 News, Congressman Cummings called the claims baseless and characterized the complaint as a political hit job.

“These baseless claims come from a group funded by right-wing mega-donors known for their political hit jobs," Cummings said in the statement. "I am confident that they will be exposed for what they really are – a fabricated distraction from the important work being done on behalf of Americans, such as lowering the skyrocketing prices of prescription drugs.”