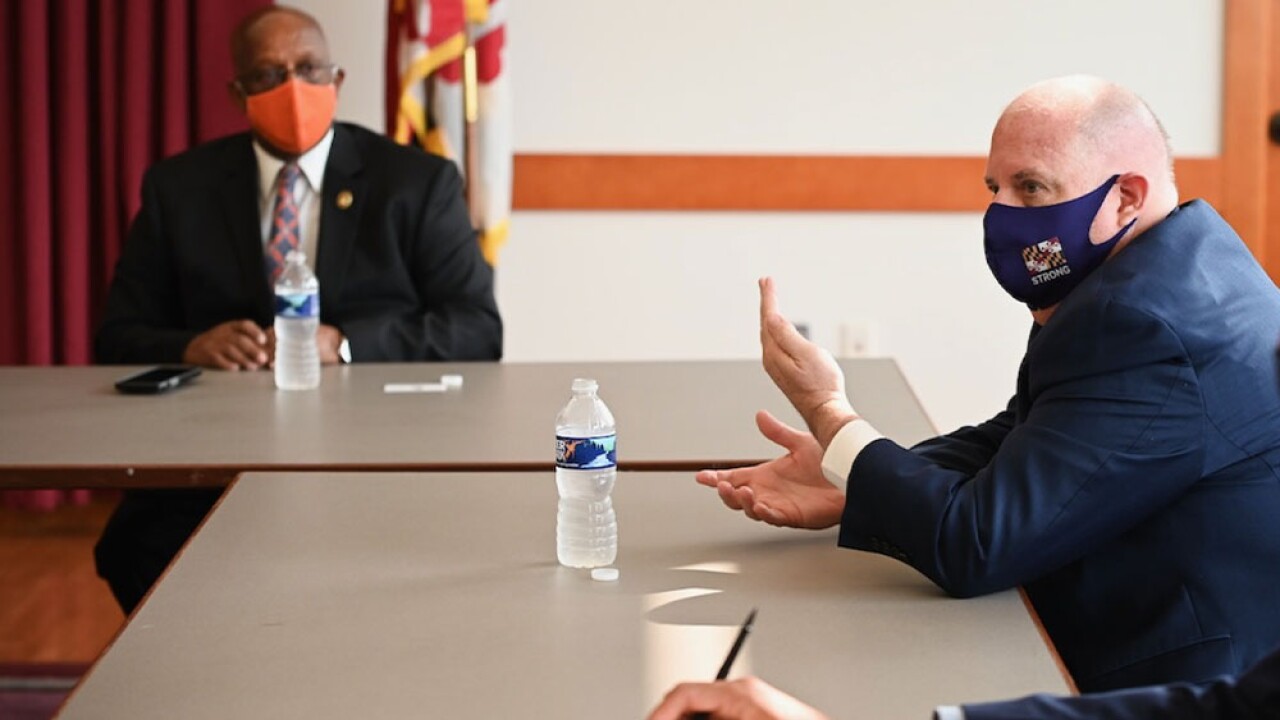 Hogan said in part, "there can be no more excuses and no more delays."

"We need to attack this crisis from all sides so that we can finally put an end to the bloodshed," Hogan said in a tweet.

Hogan said in part that:

"I told legislators that if they accomplished nothing else, they needed to get these crime bills passed. These measures had overwhelming support from the people of Baltimore City and all of Maryland; while the Senate passed them, the House failed to do so. On Monday, I raised this with the Senate President and the Speaker of the House, and today, I again asked city leaders to join me in supporting these proposals so that we can take real action to get the violent shooters off the streets."

Earlier today, I met with @mayorbcyoung and Commissioner Harrison to discuss the ongoing violent crime crisis in Baltimore City. There can be no more excuses and no more delays—we need to attack this crisis from all sides so that we can finally put an end to the bloodshed. pic.twitter.com/oMrw3vFSqJ