Federal Hill Park murder under investigation along with two other shootings 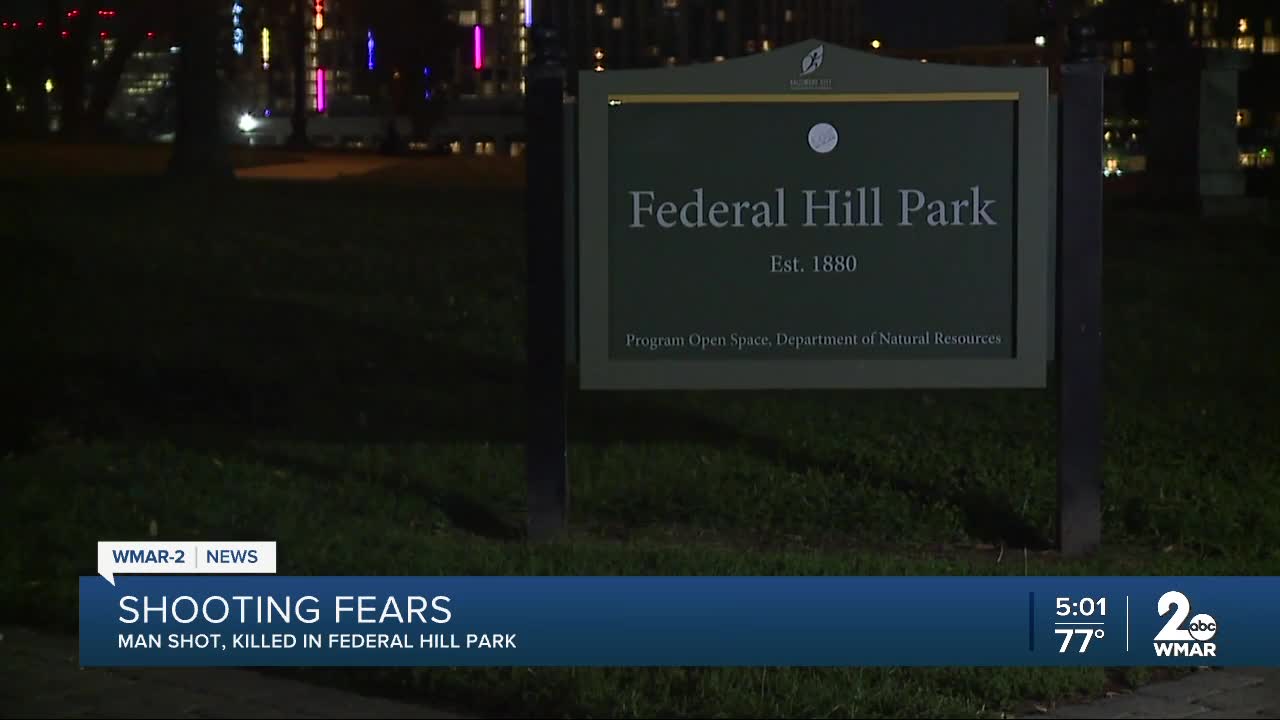 Federal Hill Park murder under investigation along with two other shootings

BALTIMORE — Neighbors in Federal Hill are once again asking for a police patrol in old area Park after hours. This comes after Sunday night's fatal shooting.

In Federal Hill, 39-year-old Melvin Thompson was shot and killed just after 11 p.m. at the park. Officers were called to the 300 block of Warren Avenue for a report of gunshots being heard in the area. They found Thompson with gunshot wounds to his body. He later at a hospital.

Ronnie Boggle lives across the street from the park. He said the gunfire woke him up. He told WMAR he went outside and saw people running.

“I know it was four shots,” said Bogle. "It was absolute pandemonium with people screaming, ‘Lets get out of here.” I heard clearly, “Baby let’s go. We gotta go.’ I sat on my stairs and I knew someone had been shot.”

People at the scene say they tried to call 911 but there was no answer.

Sunday’s fatal shooting in the park has resident concerned about what goes on at night in the park after 11 p.m.

“When the sun goes down and you have the darkness of the night up there, so many things are going on,” said Bogle.

Residents are calling for more lights in the neighborhood.

“The expectation is BPD is going to enforce the park rules after the park closes,” said Costello. "The park closes at 11 o’clock. It’s clearly posted and it’s not being enforced for a variety of reasons one is they don’t have the resources to do it.”

Detectives are investigating two other shootings that happened after midnight.

ShotSpotter alerted police to the 700 block of Bartlett Avenue. Officers found 52-year-old Vincent McCoy inside a car in the 2300 block of Homewood Avenue. He later died at the hospital.

Detectives need your help in solving these crimes. You can submit a tip to Metro Crime Stoppers at 1-866-7LOCKUP.