Dundalk man remembers brother who lost his life on Flight 93 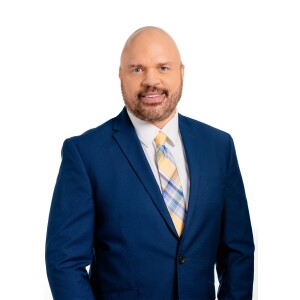 Dundalk man remembers brother who lost his life on Flight 93

DUNDALK, Md. — All week long WMAR-2 News has talked with families who've shared their stories about their loved ones who died on September 11th.

Many say sharing those stories helps keep the memories alive.

A Dundalk man who lost his brother on United Flight 93 said he doesn't believe in closure, but suggested all you can do is try to make peace with it.

Named after his grandfather, his name was Louis Joseph Nacke II, but to his younger brother Kenny, he was number one.

Kenny Nacke said “he was the oldest of four. So, I was right behind him. I got to walk in his footsteps, kind of, you know what I mean. I had the honor and the pleasure of doing it.”

One of Kenny Nacke's fondest memories of his brother Joey is one time when they were throwing snowballs at cars together.

“Once we realized after the second snowball that him and I threw, we realized it was our dad’s car, and we just pummeled it. Well he came to a stop, started skidding and then once we saw that, we all took off running,” Nacke said.

The boys made it home before their dad and pretended nothing happened.

Their dad was none the wiser but he did have a wise piece of advice for the family.

“A saying that my dad told us when we were younger said that when someone passes on in your family that you try to keep them alive inside each and every one of us by talking about them on a daily basis,” Nacke said.

For the last 20 years, Nacke says he’s done exactly that for his brother Joey.

September 11th, 2001, like nearly every American, Kenny Nacke watched the reports of the attacks at the World Trade Center and the Pentagon on TV.

“When you see all the impact that what happened at the Pentagon, and in New York, you know you were kind of saying well, aww the families. Them. You know you try to think about, and all those things run by you, through your own head, like probably all of us did,” Nacke said.

For a moment, Nacke believed everyone in his family was safe.

Nacke soon learned a plane crashed in western Pennsylvania as he got a call from his wife.

“When Marcy called me and told me that joey may be on one of the flights it was just it was just like a kick in the gut,” Nacke said.

Nacke soon found out Joey, a distribution manager for Kay-Bee Toys, had made last minute plans to fly to San Francisco.

“Joey made his reservation to fly on September 10th, to fly, to try to…a shipment of toys went missing. He was going out there to try to figure out what happened, and keep the customer happy. You know, your word is your bond,” Nacke said.

United Airlines Flight 93 was on its way from Newark International Airport to San Francisco.

During the flight, passengers on board started hearing about the attacks at the Pentagon and World Trade Center.

Flight 93 crashed into a remote field in western Pennsylvania after a struggle between the 40 heroic passengers and crew, and four hijackers who had gained access to the cockpit.

“You know, they put the puzzle together and figured out this plane is going to be used as a weapon. They decided to come up with a plan. They voted on that plan, and then they put that plan in motion,” Nacke said.

With Joey's passing, the family had lost their number one son, and Kenny Nacke was about to step into his big brother's shoes.

During a Christmas dinner before his death, Joey revealed a longtime family secret kept between brothers.

“Joey starts telling this story to dad and says ‘hey dad, remember you chased the boys down the tracks who threw snowballs at your car, well that was us.’ And, my dad actually got mad at us again, for that little minute, and then started laughing about the day,” Nacke said.

Nacke lost his dad six weeks after he lost his brother but took another piece of advice before his death.

“One day this is gonna be history book stuff. The story of the 40, not only Joey but the 40 heroes of Flight 93 need to be told. So, that their memory is shared and then it’s remembered, and it’s cherished for generations to come,” Nacke said.

Following in Joey's footsteps, Nacke took on the responsibility of being the leader in his family. Nacke was selected to serve on a committee overseeing the construction of the Flight 93 Memorial in Shanksville, Pennsylvania.

He challenges anyone who visits it, to ask themselves, if they were aboard Flight 93, would they have done the same thing?

“I believe after you go through the visitor center, National Memorial, you’re gonna walk away with saying yes I can. I would have, and I would’ve given my life for someone else’s. I think that’s the true story of Flight 93. Someone giving of themselves so that we as a country can continue to live our lives like it’s September 10, 2001,” Nacke said.