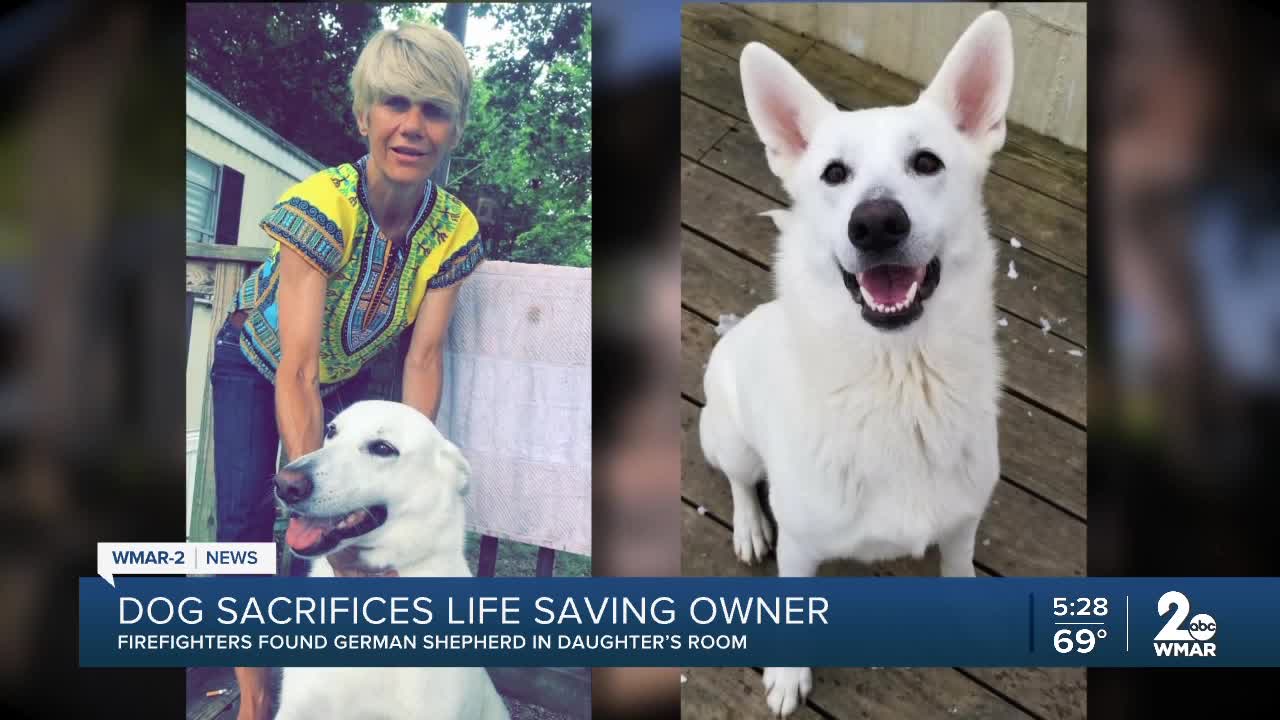 Dog sacrificed life to save owner 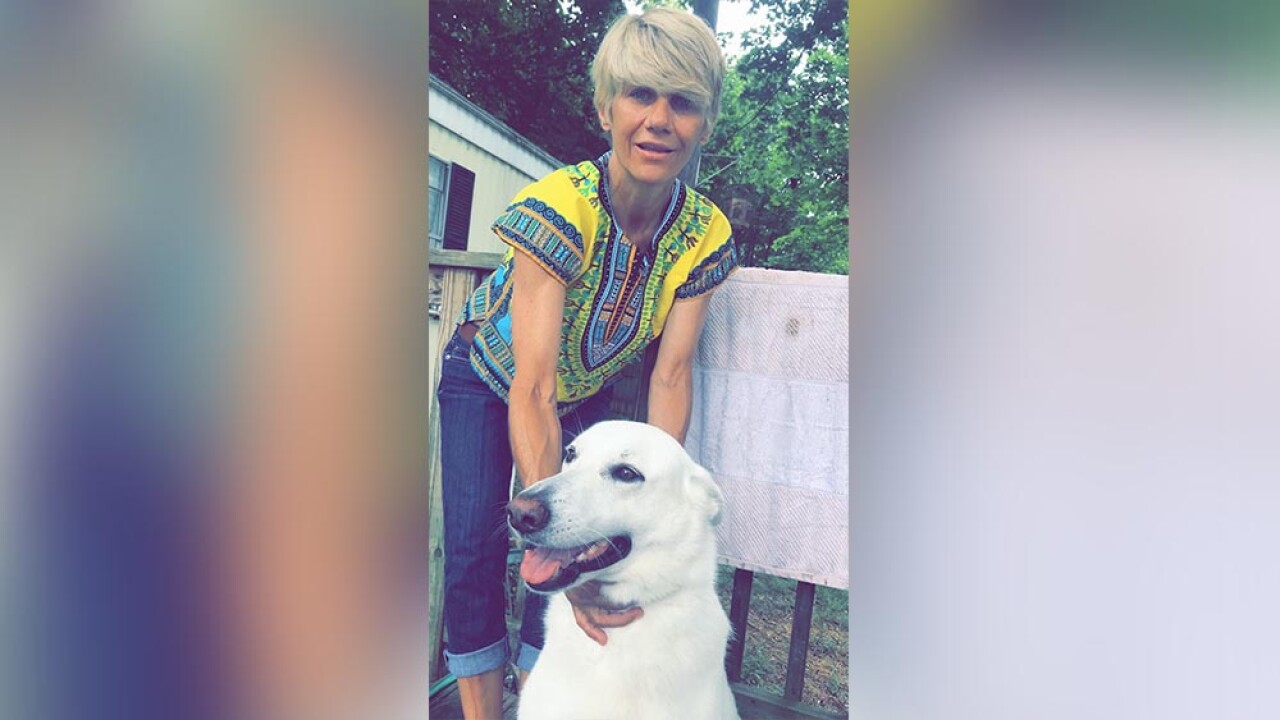 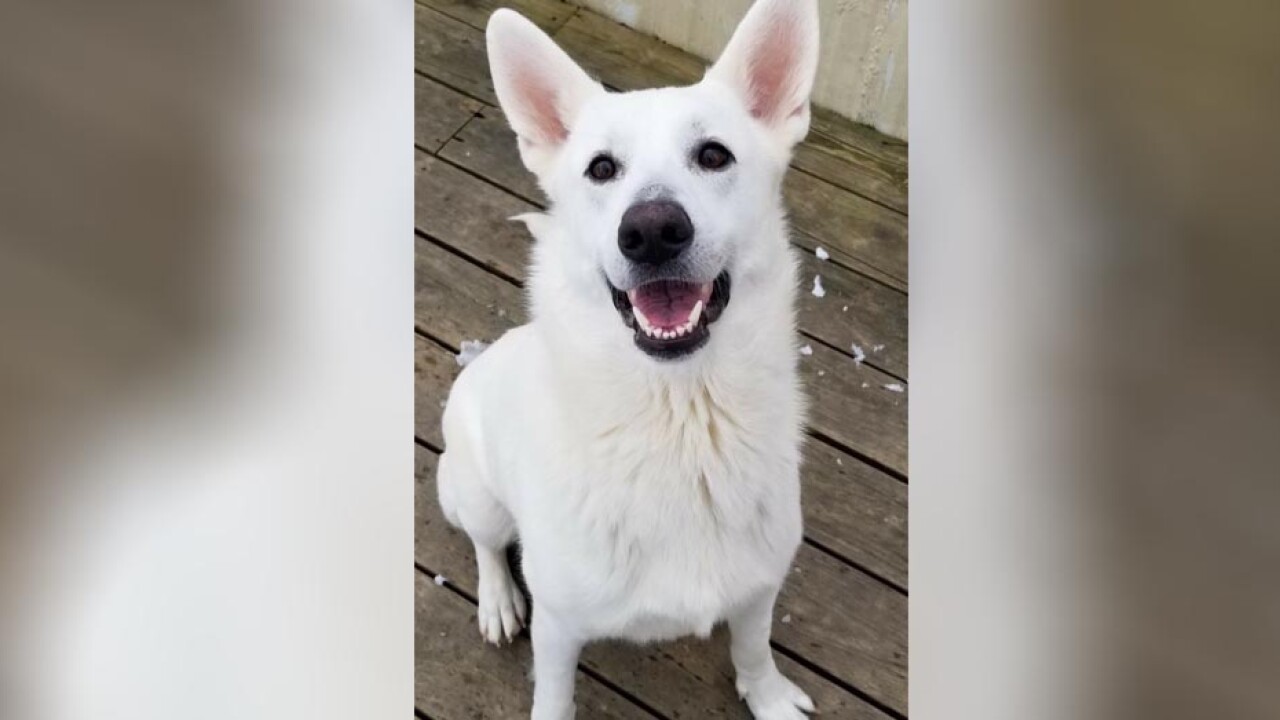 WHITEFORD, Md. — The flames would gut the home on Flintville Road in Whiteford, but the lone occupant, Tyonia Barber, was awakened from a nap by her white German Shepherd named ‘Charlie’ and made it out alive.

“She woke up to him,” the victim’s sister, Darlene Hodge, told us, “He had a hold of her leg pulling her, and she noticed this… she opened the door and all the smoke. Then, he was in front of her getting to the door, because it was hard to see. She got the front door open, and when she got out there on her deck, he stepped out there with her, but then he turned around and ran back in and she kept screaming for him.”

Family members who lived nearby attempted to enter the burning home in search of Charlie, but the flames and heavy smoke blocked their path.

“When the fire department was able to get in, they found him in the back room, her daughter’s room, laying on the bed, and I guess all the smoke… he wasn’t burnt, but the smoke took him,” said Hodge.

She was away on a trip to the beach, but the devoted dog wasn’t taking any chances.

He’s buried now on her sister’s nearby property, and she says while Tyonia lost her home, right now, that comes second to losing her beloved pet.

“Losing Charlie… because he was a member of the family,” said Hodge, “He was very loyal so if it wasn’t for him she wouldn’t have made it out. I mean it was just amazing that that dog thought of her and then to run back in, I guess he’s thinking that maybe the daughter is in there. It’s like losing a child. It really is.”

The estimated loss from the fire is $75,000 for the structure and $25,000 for its contents, but of course, the dog is irreplaceable.

A GoFundMe has been set up to help the family.