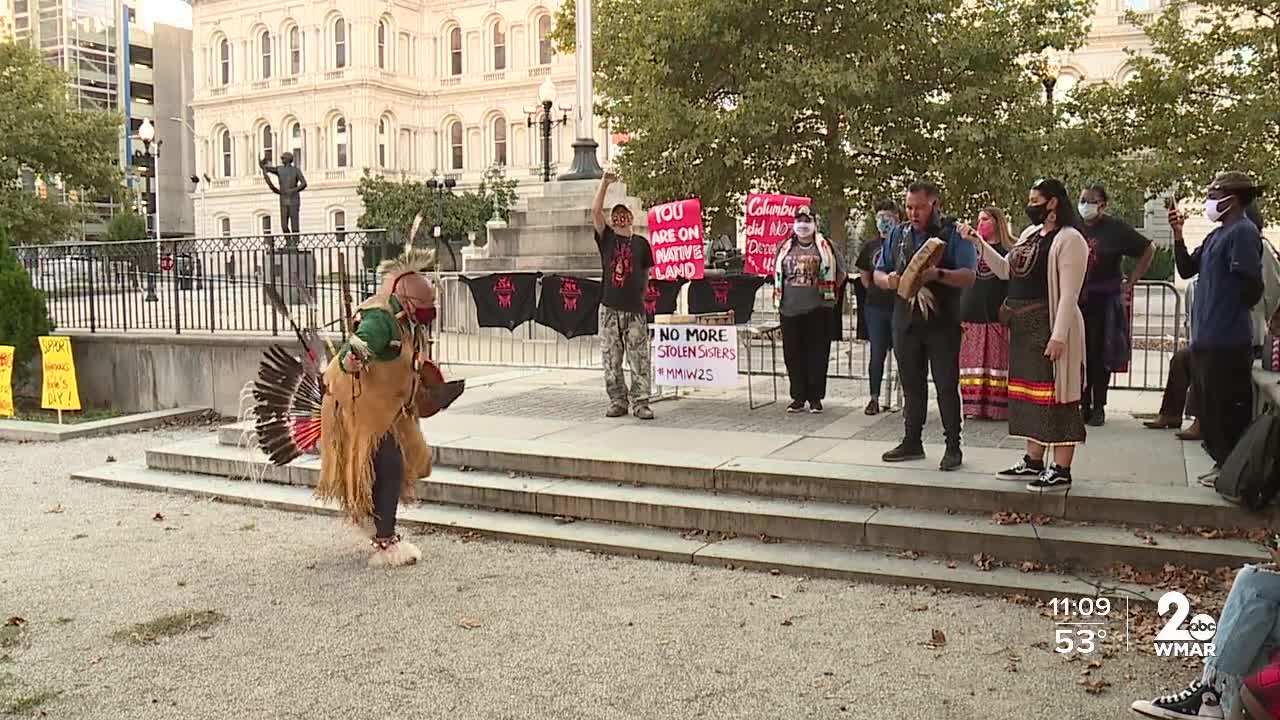 On Monday, Baltimore City joined cities from around the country to change the name of Columbus Day.

BALTIMORE — On Monday, Baltimore City joined cities from around the country to change the name of Columbus Day.

That vote came as a group called Indigenous Strong was outside city hall in support of the change.

They say the bill was originally introduced in 2016 and after 4 years it's about time.

“Sometimes people forget that native people are in Baltimore," said Jessica Dickerson with Indigenous Strong. "To us, to see someone like Columbus that has done so much harm to our people to our land, to see him celebrated and have a day is just like baffling.”

Andre DiMino with Italian American One Voice Coalition said the attacks on Columbus’s name and statues aren’t fair or right.

City Council also passed through a vote to rename the Columbus Obelisk in Heinz Park to honor victims of police violence.

A move that the Baltimore City Police Union President has been strongly against because of the Obelisks proximity to the fallen heroes' monuments in the same park.

All this after a Columbus Statue was torn down and thrown in the Harbor on July 4th.

That statue has since been pulled out of the water and given back to the organization that donated it to the city in the 80's.

“When the Columbus statue came down on 4th of July our organization was not a part of that," Dickerson said. "The next day we were there to smudge the area and pray over the area because that is one sign we don’t have to constantly look at a statue that’s in Baltimore representing someone that’s really caused our people a lot of harm.”

DiMino said it is blatant discrimination to substitute one holiday over another.

"We’ve got nothing against Indigenous people at all. They’ve got their own holiday already, August 9th and the day after Thanksgiving. Why take away such an important day to Italian Americans.”

While both of those bills passed first reading, they still must be signed by the Mayor before they become law.