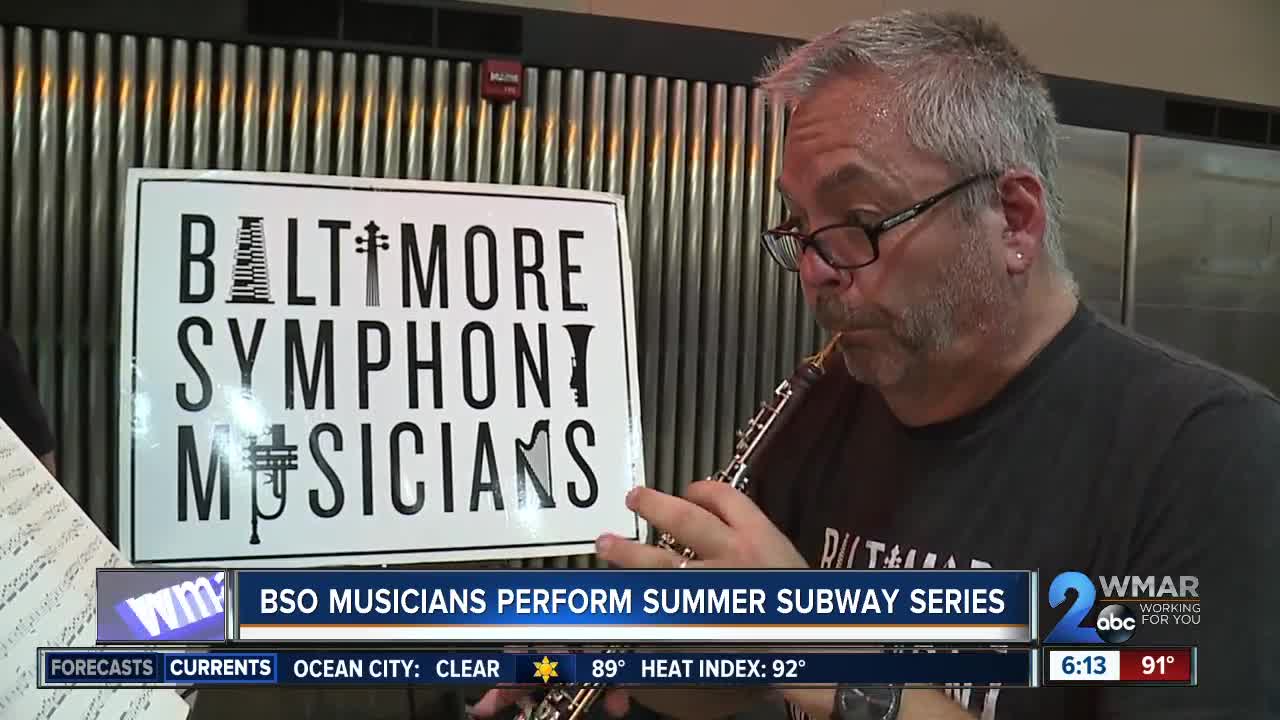 The BSO summer concert series has been canceled but you can still have a chance to hear some of the musicians perform.

BALTIMORE — The BSO Summer Concert Series has been canceled, but you still have a chance to hear some of the musicians perform.

A chamber ensemble is holding a "Summer Subway Series" this week which will be taking place at the Charles Center Metro Subway Station. There's a piano there that's been donated by the Maryland State Arts Council, and it's now getting some use.

The BSO's 75 musicians have been locked out of the Meyerhoff Symphony Hall since last month, as their union tries to reach a salary agreement with the BSO management.

The Symphony does plan to open its 2019-2020 concert season in September.