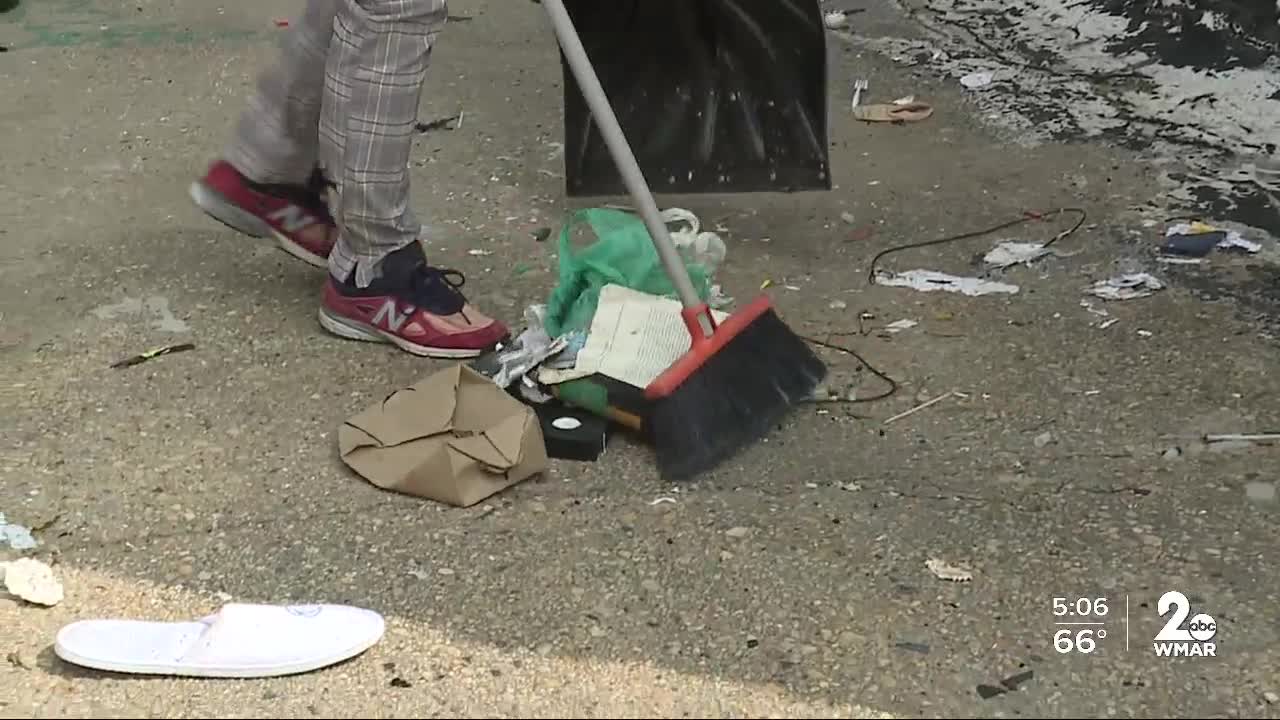 BALTIMORE — Baltimorians continue to find ways to keep the area around their homes despite a series of cuts to services by the Department of Public Works.

Tuesday afternoon a Baltimore City Council Housing and Urban Affairs Committee hearing was held. DPW explained how the pandemic has impacted collection services and why it's been difficult to get outside help.

"It has been difficult to get vendors on board. They are experiencing shortages, fear and concerns as we are, and concerns about the nature of the alleys requiring smaller vehicles," said Matthew Garbark, acting director of the DPW.

Garbark said the city finalized a contract with Goode Companies, Inc. The Baltimore City based company started collecting trash on the city's northwest side Tuesday. According to DPW the company will be servicing eight trash routes weekly.

Extended hours on Tuesdays and Thursdays from 7 a.m. to 6 p.m. for all locations.

WMAR-2 News visited one of the locations on the city's northwest side and found a steady flow of customers taking advantage of the temporary service.

"I love that I can just come anytime, any day," said Faigy Lazewnik. "I get packages, I put the boxes in my car and I can come any day. I’ve been coming a few times a week so it’s not just putting them in my backyard we are collects water and it gets dirty and just sits there for a week, so that's a positive to this."

Despite DPW's push for improvements, some citizens say there are still problems.

"I'm frustrated," said one woman who asked not to be identified. "I'm tired of coming out here cleaning up all the garbage and seeing the rats."

The woman lives in the 500 block of North Belnord. She says her alleyway hasn't seen a trash truck in weeks.

"I'm out here one or two times a week doing this," she said. "It takes the trash company two to three weeks to get the trash."