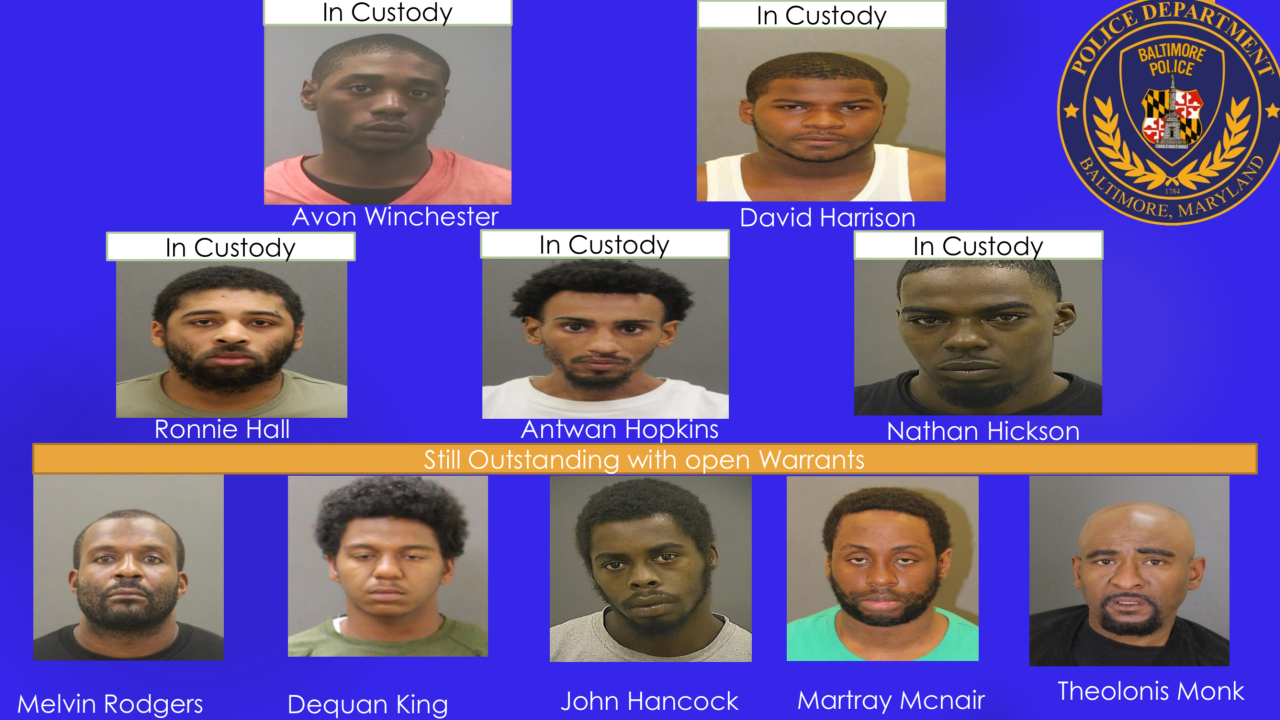 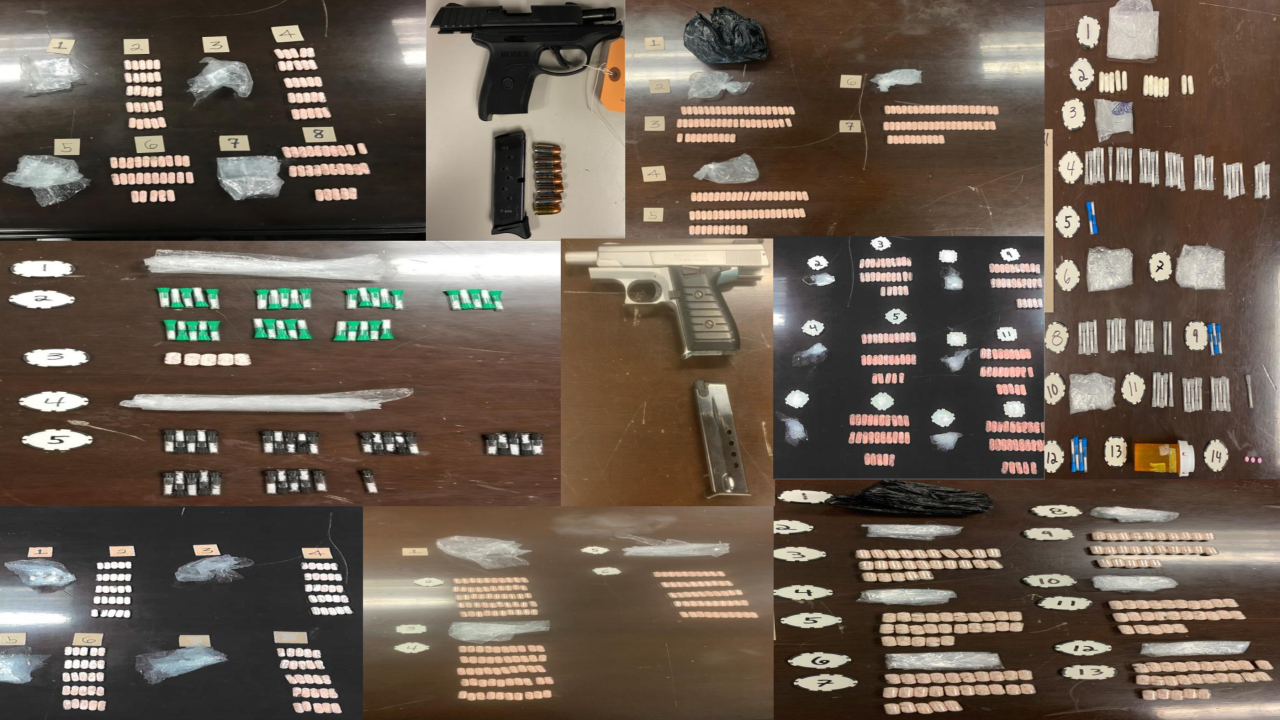 Run out of back alleys in the 2400 blocks of Brentwood and Greenmount Avenues, the crew allegedly sold undercover investigators nearly 2,000 gel caps of suspected fentanyl, dozens of cocaine vials and a gun, during a sting.

Two of the group's leaders, Avon Winchester and David Harrison have already been arrested and charged along with other members, Nathan Hickson, Ronnie Hall, and Antwan Hopkins.

Arrest warrants have been issued for five others who remain on the loose, including Thelonius Monk, Martray McNair, Dequan King, T'Shon Butler and John Hancock.

“Drug trafficking not only fuels violence in our city, but further victimizes the vulnerable demographic of substance abusers, who have lost their lives at an alarming rate due to overdoses,” said Commissioner Michael Harrison in a statement.