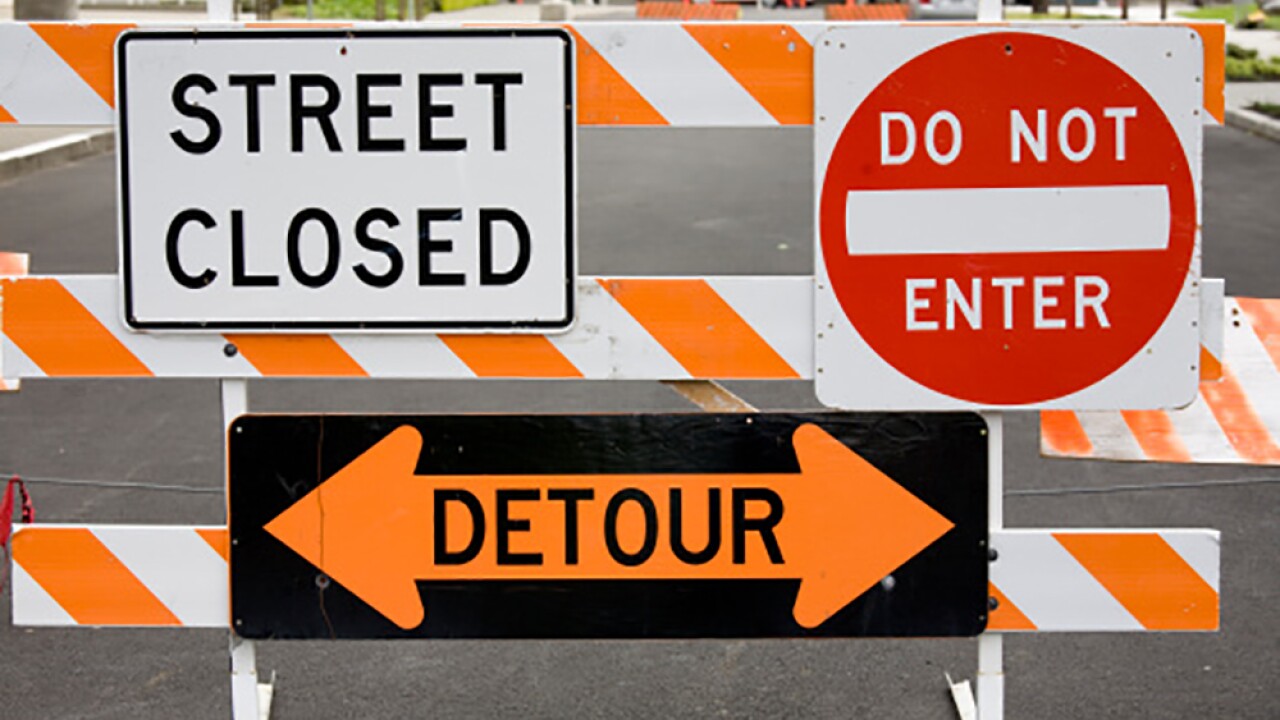 On Saturday, a double left lane closure will be implemented along both the northbound and southbound Jones Falls Expressway (JFX) from Fayette Street to the county line starting at approximately 6:00 a.m. and continuing throughout the afternoon, weather permitting.

Right lane closures will also be implemented along both northbound and southbound MD-295 between Bush Street and the county line from 5:00 a.m. to 4:00 p.m. At least one lane of through traffic will remain open for motorists during this time.

There will also be temporary lane closures on Saturday implemented along portions of Conway and Howard Streets for street lighting work from 6 a.m. to 3 p.m.

A portion of Guilford Avenue will be closed for a crane operation on Saturday between Lexington and Fayette Streets from 6:00 a.m. to 7:00 p.m. each day. Detours and parking restrictions will be in effect during these times.

Lane closures will be implemented along Washington Street between Monument and Madison Streets from 6:00 a.m. to 12:00 noon on Saturday. At least one lane of through traffic will remain open for motorists during this time.

Greene Street will be closed to through traffic between Lexington and Fayette Streets from 6:00 a.m. to 4:00 p.m. with detours in effect.

Howard Park Avenue will be closed to through traffic between Liberty Heights and Plateau Avenues from 8:00 a.m. to 12:00 noon with detours in effect.

In addition, the following nightly road closures will be implemented along Thames and Lancaster Streets to facilitate outdoor dining activities:

Additional road closures may be implemented in the Fell’s Point area if needed for safety reasons. Visitors should pay close attention to all posted parking restrictions and avoid parking in restricted areas. Residential Permit Parking (RPP) regulations will be strictly enforced in Fell’s Point (RPP Area 16) and vehicles parked in violation will be ticketed and towed.

Starting on Friday through Sunday, the following roadways will be closed in Canton from 12:00 noon to 10:00 p.m. each day with detours and parking restrictions in effect:

Curb lane closures will also be implemented along the following roadways during these times:

Canton visitors and residents should pay close attention to all posted parking restrictions and avoid parking in restricted areas. Motorists traveling in this vicinity should be on the watch for changing traffic patterns and are encouraged to use alternate routes.
At this time, the north side of S. Cross Street is closed to through traffic between Light and Charles Streets with detours and parking restrictions in effect.

A portion of Loch Raven Drive in Baltimore County is now closed to through traffic due to a failed culvert.