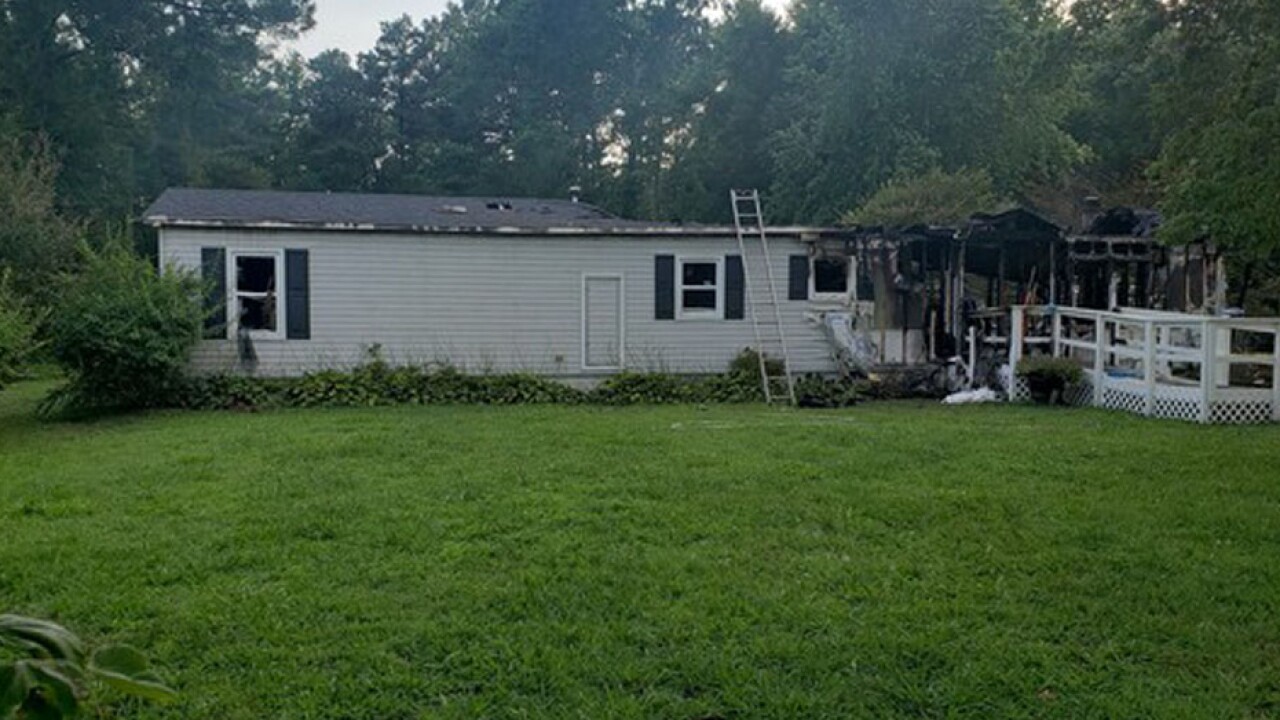 SOMERSET COUNTY, Md. — Deputy State Fire Marshals announced that they have concluded their on-scene investigation of a structure fire in Mt. Vernon that resulted in the death of a 72-year-old woman.

The fire happened in a 14' x 67' mobile home at 28197 Whitehaven Ferry Road that's owned by Rosalyn Leatherbury. A passerby saw the fire and called 9-1-1. Firefighters from the Mt. Vernon, Princess Anne and Allen Volunteer Fire Companies responded to the 1 alarm blaze on Wednesday at a little after 3 p.m.

It took one hour and nearly 25 firefighters to bring the fire under control.

Deputy State Fire Marshals from the Lower Eastern Regional Office were brought on to investigate an origin of the fire and The Maryland State Police arrived to help with the death investigation.

Deputy State Fire Marshals found out that the blaze started in the living room of the mobile home. However, the exact cause of the fire remains under investigation. Investigators estimate the dollar loss to the structure at $40,000.00 and the loss of its contents at $10,000.00.

The body of the deceased was transported to the Office of the Medical Examiner in Baltimore for identification and to determine the cause of death.