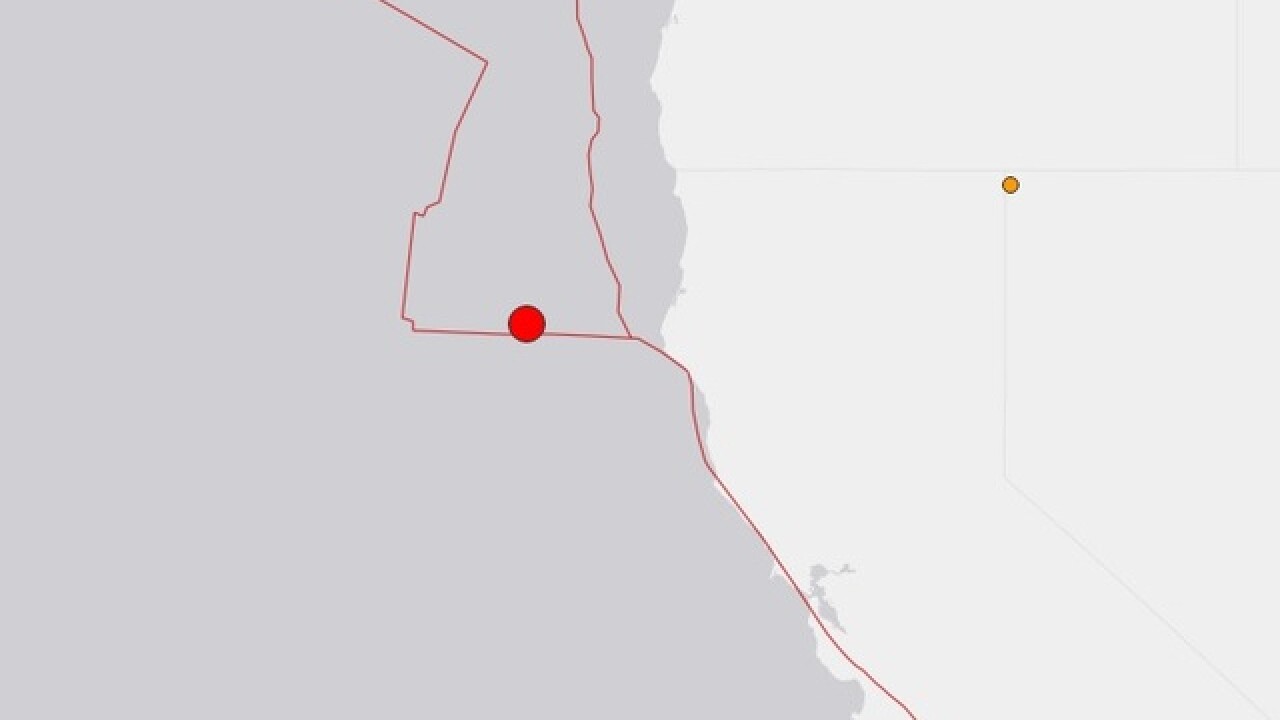 FERNDALE, Calif. -- An earthquake with a preliminary magnitude of 6.5 has been reported off the coast of Northern California, according to the U.S. Geological Survey.

The earthquake, which was initially categorized at magnitude 6.8 but later downgraded, was centered about 100 miles west of Ferndale, California. It was registered at 6:49 a.m. Thursday.

An earthquake of this intensity is described as a "strong" earthquake and can be felt up to hundreds of miles from the epicenter. People up and down the Northern California coast, and even up into southern Oregon, reported to USGS that they felt shaking. VIEW INTERACTIVE MAP

Bonnie Brower, owner of the Ferndale Pie Company, said she was grabbing something from the fridge in the restaurant's kitchen when she felt a "big jolt."

"I just felt this very huge jerk and I didn't know what it was," she said, adding that afterward, it felt like the ground was rolling, "like you were on a boat."

No damage or injuries have been reported and the National Weather Service states a tsunami is not expected.