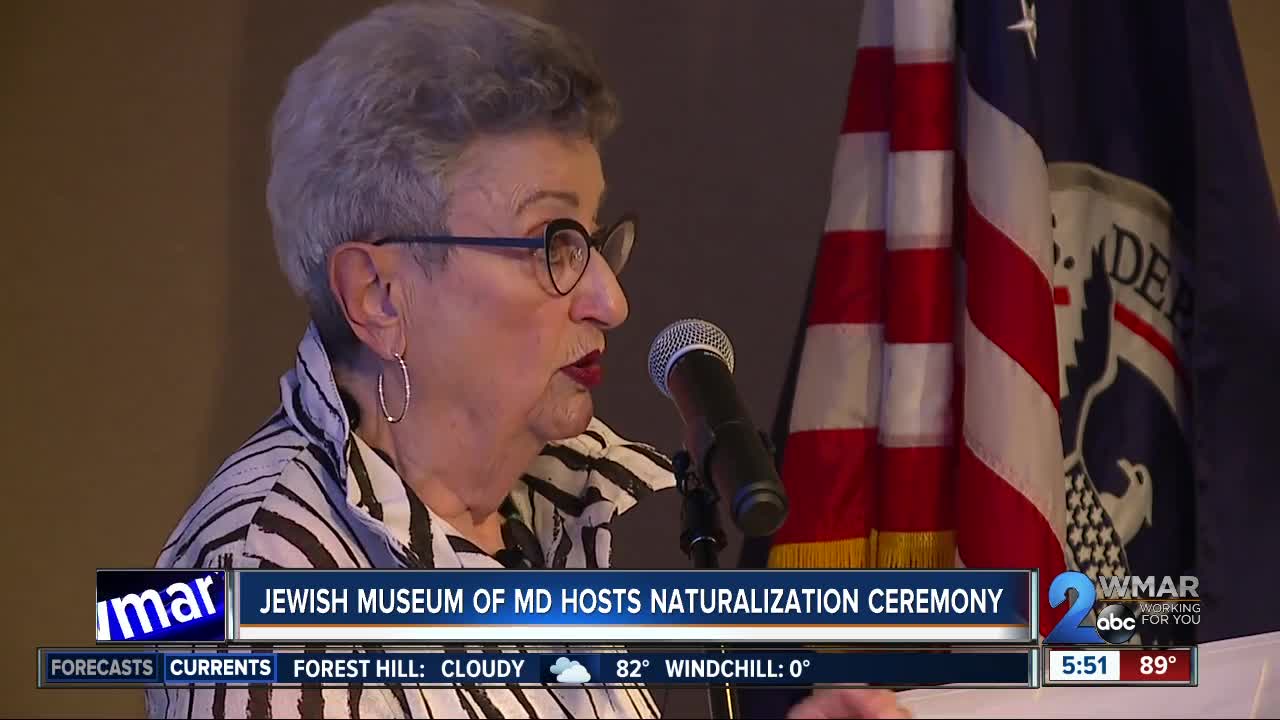 The Jewish Museum of Maryland hosted a Naturalization Ceremony on Thursday for 30 new citizens in honor of World Refugee Day.

BALTIMORE — The Jewish Museum of Maryland hosted a Naturalization Ceremony on Thursday for 30 new citizens in honor of World Refugee Day.

World Refugee Day is celebrated across the globe each year on June 20. The citizens that participated came from 16 countries including Bangladesh, the Republic of Congo, Cuba, Iraq, and Trinidad and Tobago.

During Thursday's event, local Holocaust survivor Martha Weiman spoke as the keynote speaker. She spoke about her journey to freedom and life during the Holocaust.

"As you assume the mantle of U.S. citizens, I urge you to participate in our society, become instrumental in the life of this country. The simple act of voting for whomever you please demonstrates your power as a citizen. Take the reponsibility seriously. We have always been and will continue to be a nation of immigrants."

Remarks were also made by Executive Director of the Jewish Museum of Maryland, Marvin Pinkert and USCIS-Baltimore District Director, Gregory L. Collett administered the Oath of Allegiance.