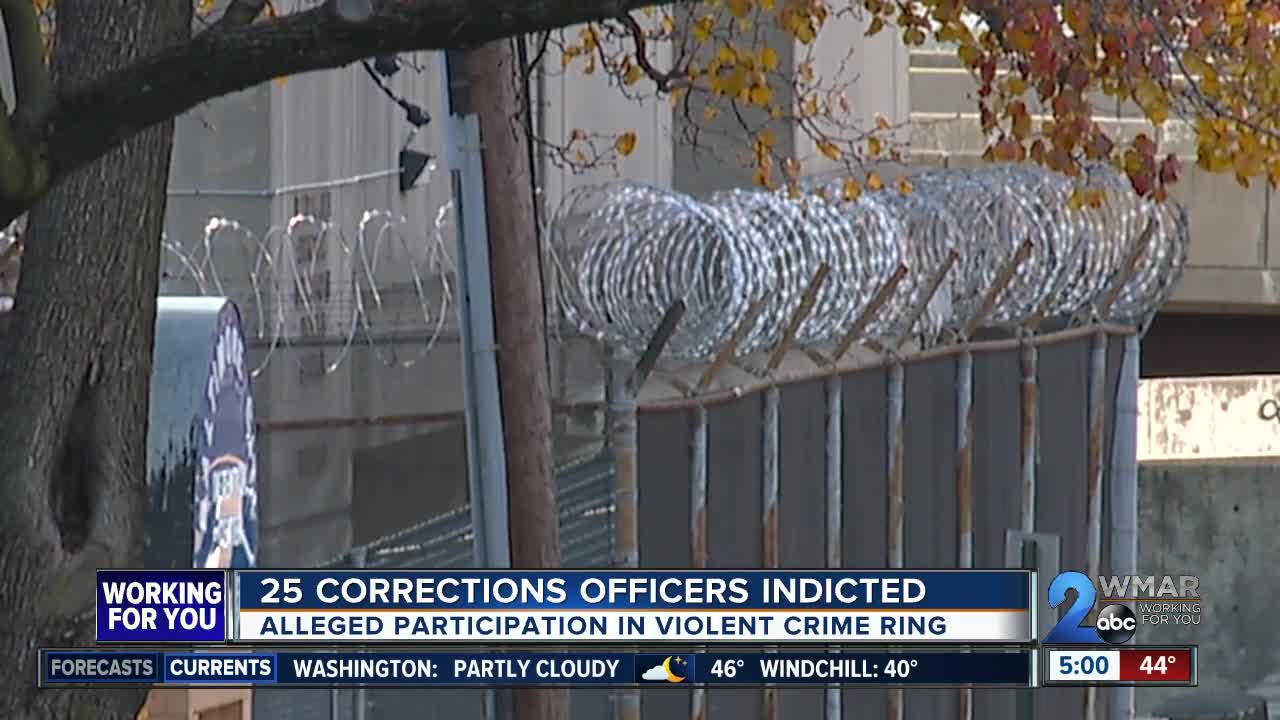 On Tuesday, the Baltimore State's Attorney's Office and Department of Corrections announced the indictments of 25 Correctional Officers. 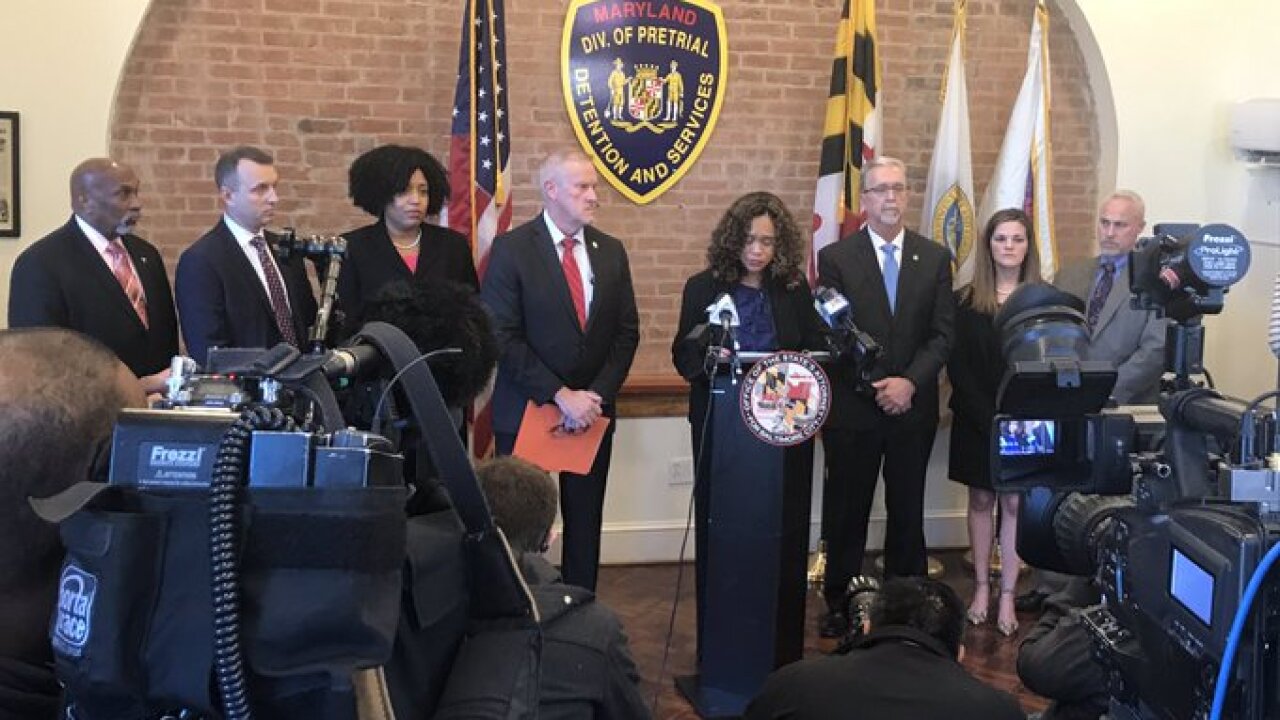 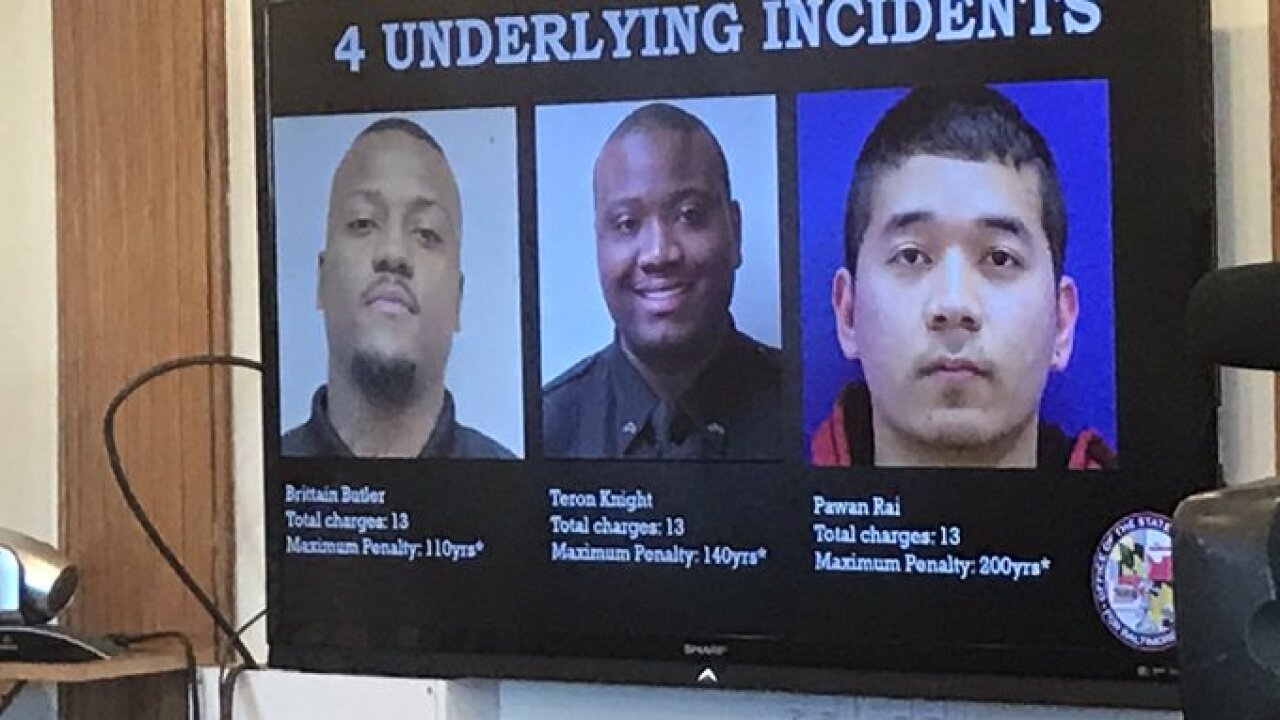 BALTIMORE (WMAR) — On Tuesday, the Baltimore State's Attorney's Office and Department of Corrections announced the indictments of 25 Correctional Officers.

Combined they're charged with 236 counts including excessive force, intimidation, destroying evidence, participation in a criminal gang, and misconduct in office.

The officer's were part of the Baltimore Central Regional Tactical Unit, that operated at various detention facilities throughout the State.

Some of the alleged offenses date all the way back to 2016 according to State's Attorney Marilyn Mosby.

Larry Hogan released the following statement after the indictments were announced.

From the first day of our administration, we have been working diligently to root out wrongdoing and corruption no matter where it is taking place, including in the state’s correctional system. Our administration funded more prosecutors for the state’s corruption unit and doubled the number of investigators for prison corruption. We strengthened the gang statutes that will be used to prosecute these horrendous crimes.

Today’s announcement follows an extensive investigation initiated by our Department of Public Safety and Correctional Services. With this latest round of indictments, our anti-corruption actions have led to the arrests and convictions of over 200 officers, inmates, and citizen accomplices.

We are again making clear that we have absolutely no tolerance whatsoever for corruption of any kind in our state prison system or anywhere else in state government. Our correctional officers have one of the most difficult jobs in all of public safety, and we will not let the criminal behavior of the few tarnish the great work of the nearly 5,000 dedicated officers who serve with distinction every single day.

You can watch the entire press conference announcing the indictments below.