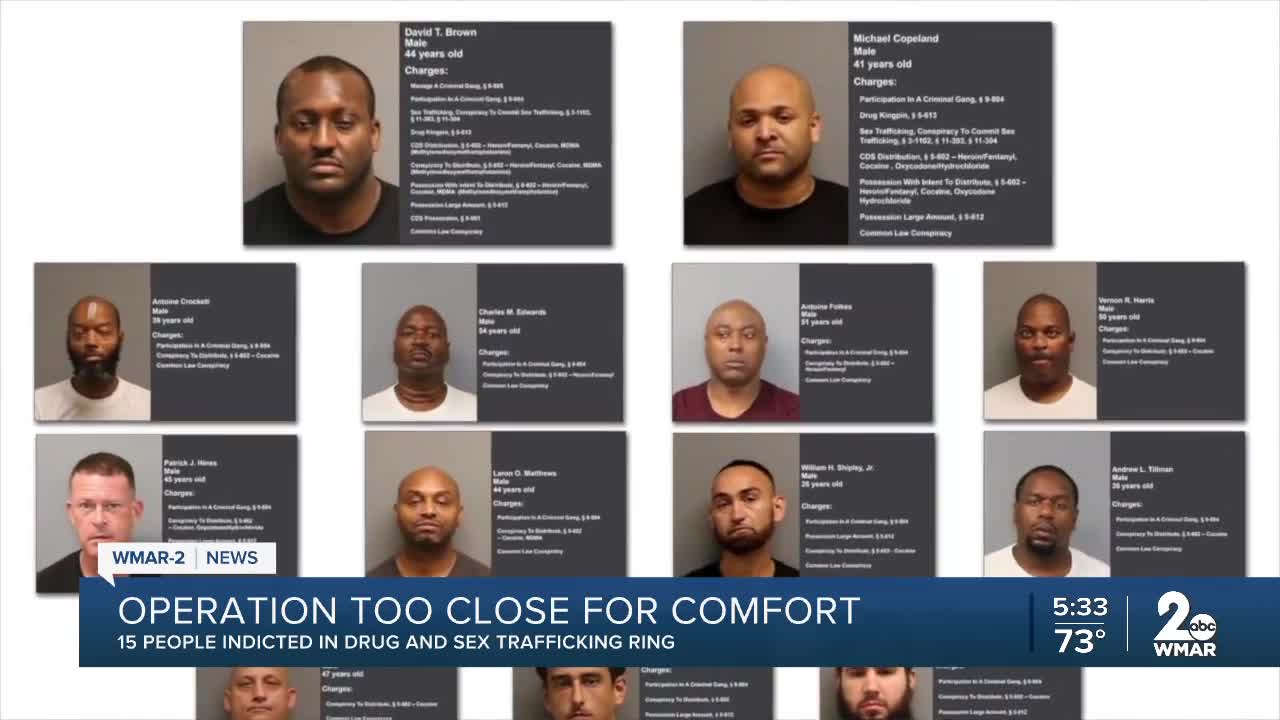 Fifteen members of an alleged gang were indicted Wednesday on drug and sex trafficking charges that spanned throughout Baltimore and Anne Arundel County.

ANNAPOLIS, Md. — Fifteen members of an alleged gang were indicted Wednesday on drug and sex trafficking charges that spanned throughout Baltimore and Anne Arundel County.

Back in 2019 detectives heard drugs were being sold out of a Comfort Inn hotel in Anne Arundel County.

Accused leaders David Brown and Michael Copeland used hotel staff for cover while members of their group went around, sometimes out of state stocking up on drugs.

They even organized for women to have sex in exchange for money, drugs, and other favors.

For eight-months undercover detectives staked out the location and saw what was happening.

Investigators ultimately busted the operation and discovered a trove of weapons, drugs and money.

Among the evidence seized; two assault rifles, seven handguns, eight vehicles, 502 grams of crack cocaine, 119 grams of powder cocaine, more than 3000 grams of marijuana, over 200 grams of heroin/fentanyl, 38 grams of MDMA, 1,316 grams of methamphetamine, 13 strips of Suboxone, and $27,000 cash.

The following suspects have been charged. Each of their cases are expected to be prosecuted in Anne Arundel County.

The investigation was a part of the Maryland Criminal Investigation Network (MCIN) Initiative under the Governor’s Office of Crime Control and Prevention.