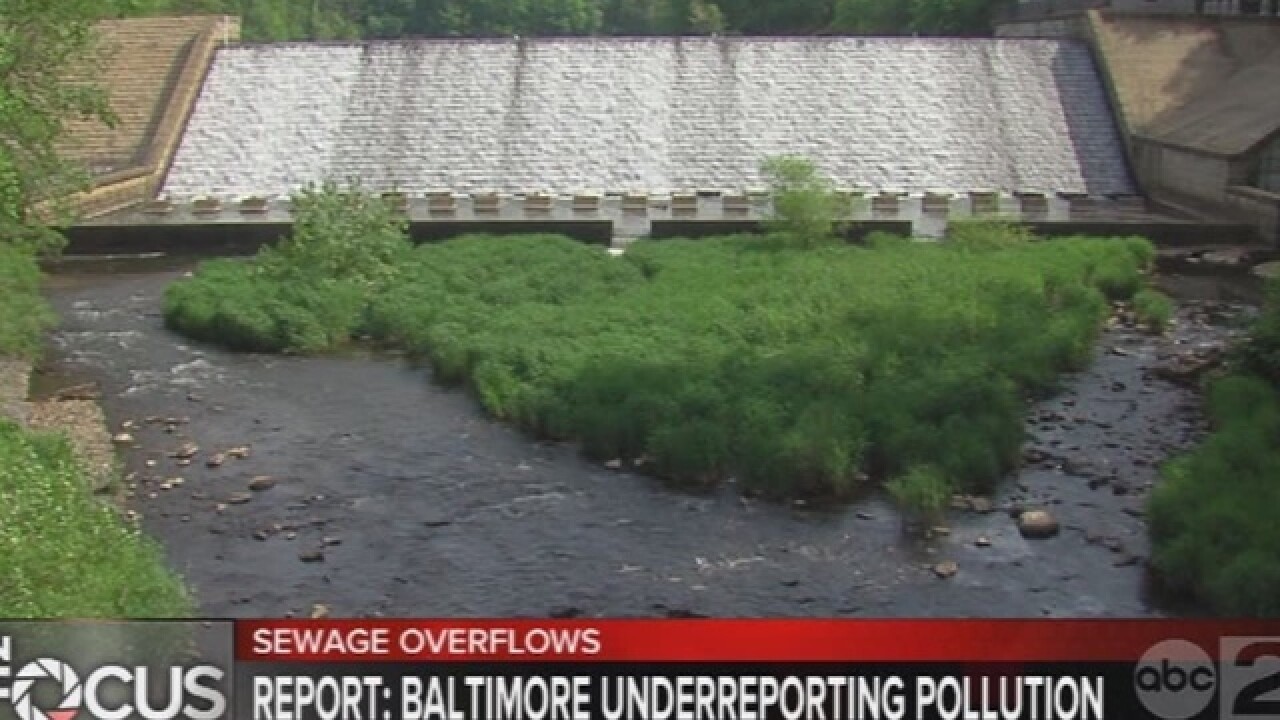 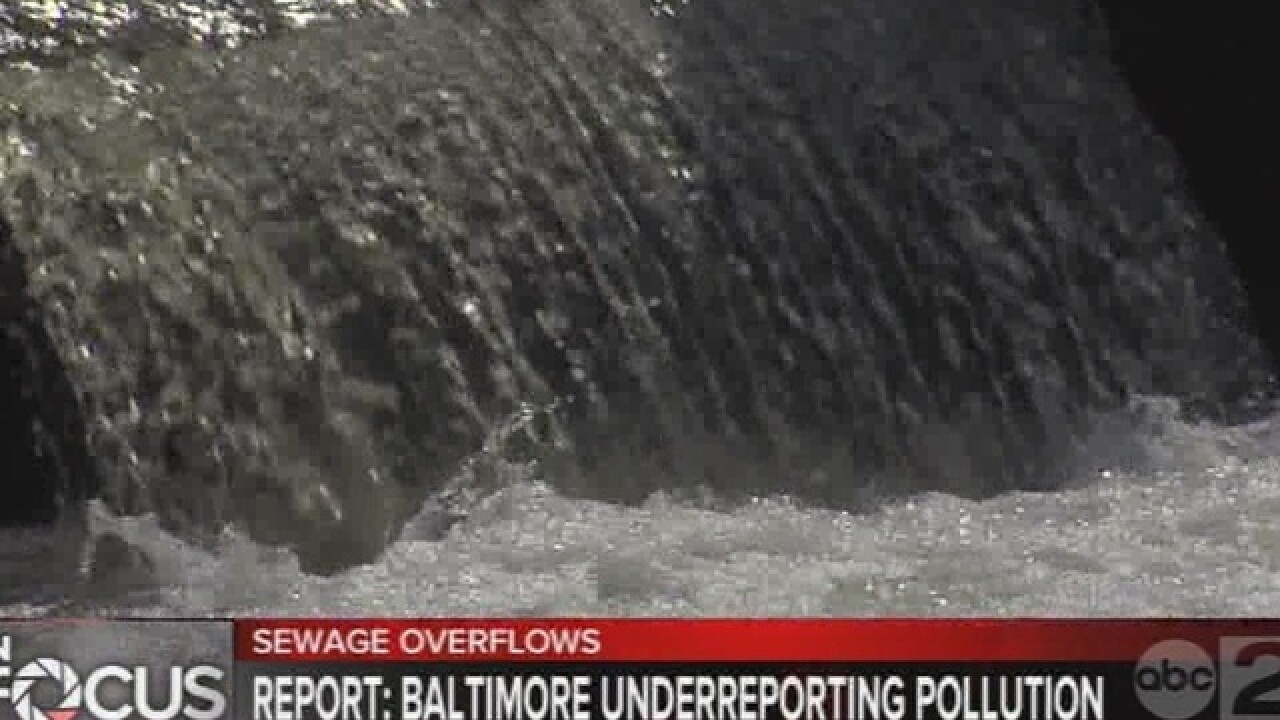 By: Trang Do
Posted at 6:22 PM, Dec 15, 2015
A new report released Tuesday says Baltimore is polluting area waterways at a much higher rate than officials are reporting. Environmental groups want people to be informed and the city to do more to protect the public.
The Environmental Integrity Project studied meter readings from two sewage relief pipes on the Jones Falls from 2011 to 2015. Researchers found that the pipes released 15 times more sewage mixed with rainwater than the city reported.
The Jones Falls is the main tributary to the Inner Harbor and eventually the Chesapeake Bay. The report recommends several actions, including eliminating the two pipes. Until the pipes are closed, EIP is calling for sewage overflows of more than 10,000 gallons to be reported to the media and the public, and for warning signs to be posted when there are major overflow incidents.
"The city needs to finally fix this problem," said Tom Pelton, director of communications for EIP. "For 13 years, they've been under a consent decree required to stop the sewage overflow into the Jones Falls and across the city that's really contaminating our harbor."
ABC2 In Focus has covered the plight of homeowners in northwest Baltimore, dealing with sewage floods into their neighborhoods. The report found that over the last three years, the city has only paid out nine percent of claims for property damage related to these sewage overflows.
"It is really overwhelming to interact with folks that are having their homes, their private spaces, their places of refuge deluged with highly toxic and dangerous sewage raw sewage in their homes," said David Flores, Baltimore Harbor Waterkeeper for Blue Water Baltimore.
Baltimore is under a consent decree with the Environmental Protection Agency and the Maryland Department of the Environment that requires the city to fix all sewage overflows and leaks by January 1st. Officials are in the process of renegotiating that deadline, but the Environmental Integrity Project is calling on the EPA to extend until 2020 at the latest.
In Focus reached out to the Department of Public Works to respond to the report. Spokesman Kurt Kocher sent the following statement:
"We are meeting our reporting requirements under the terms of our consent decree. We are in negotiations regarding the decree. We are committed to meeting all the goals of the decree."
The Environmental Integrity Project posted the full report and an interactive map.
Download the ABC2 News app for the iPhone, Kindle and Android.
Scripps Only Content 2015