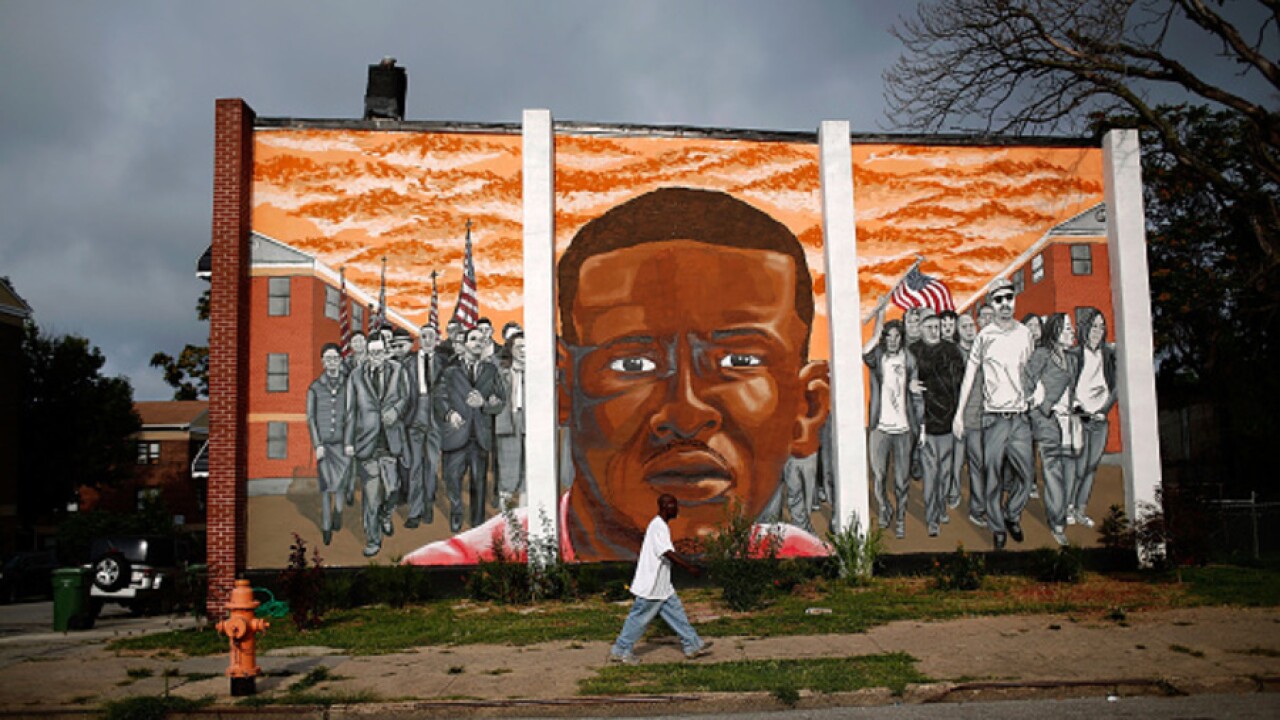 Win McNamee/Getty Images
BALTIMORE, MD - AUGUST 10: A mural of Freddie Gray near the location where he was arrested is shown August 10, 2016 in Baltimore, Maryland. The Justice Department is scheduled to release a report later this morning highly critical of the Baltimore Police Department for systematically stopping, searching and arresting the city's black residents, frequently without grounds for doing so. (Photo by Win McNamee/Getty Images)

"Oh, what a glorious day!" Two protestors hugged each other in the middle of a cheering crowd.

The decision made in the courtroom on Thursday to have the officers charged in Freddie Gray's death to face a Baltimore jury sent eruptions and cheering on the streets below.

"All night, all day, we will fight for Freddie Gray!" The crowd cheering, this time smiling and jumping in the air.

C.D. Witherspoon says it's moments like Thursday afternoon that make the protesting, the marching through the pouring rain, and the early hours worth it.

"Clearly it's a step in the right direction," Witherspoon said of the announcement that there will be no change of venue.

Crowds gathered outside the courthouse before the hearing began.

"Justice for Freddie Gray and all victims!" The crowds chanted a little after 9 a.m. Thursday.

"Talking is step one," Commissioner Davis told one of the protestors.

Davis says he understands the concerns and the reasons behind the protests.

"I could choose to hide in my office and choose to not hear the harsh criticisms and discontent that exists, but I choose to be here," he said.

For the group, the announcement has big meaning.

"The people united can never be defeated," they chanted, just moments after the decision.

The group says the announcement is the first step. They plan to be out at other court proceedings as well.