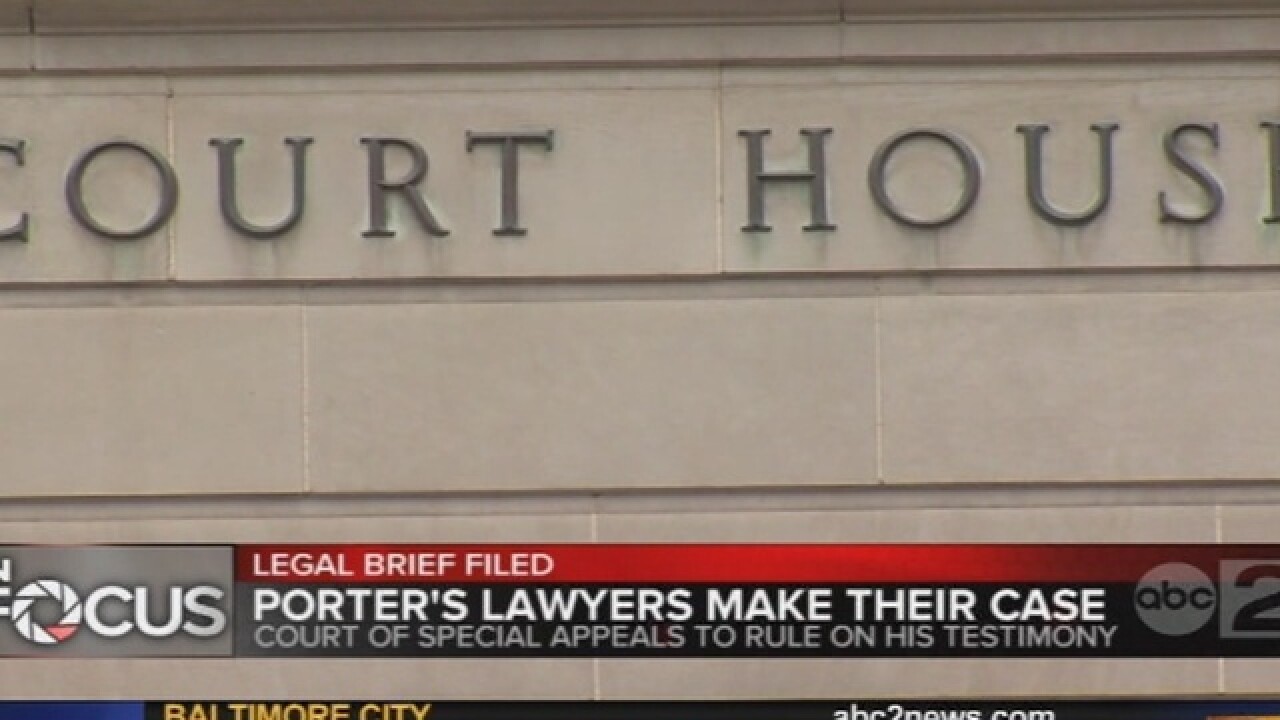 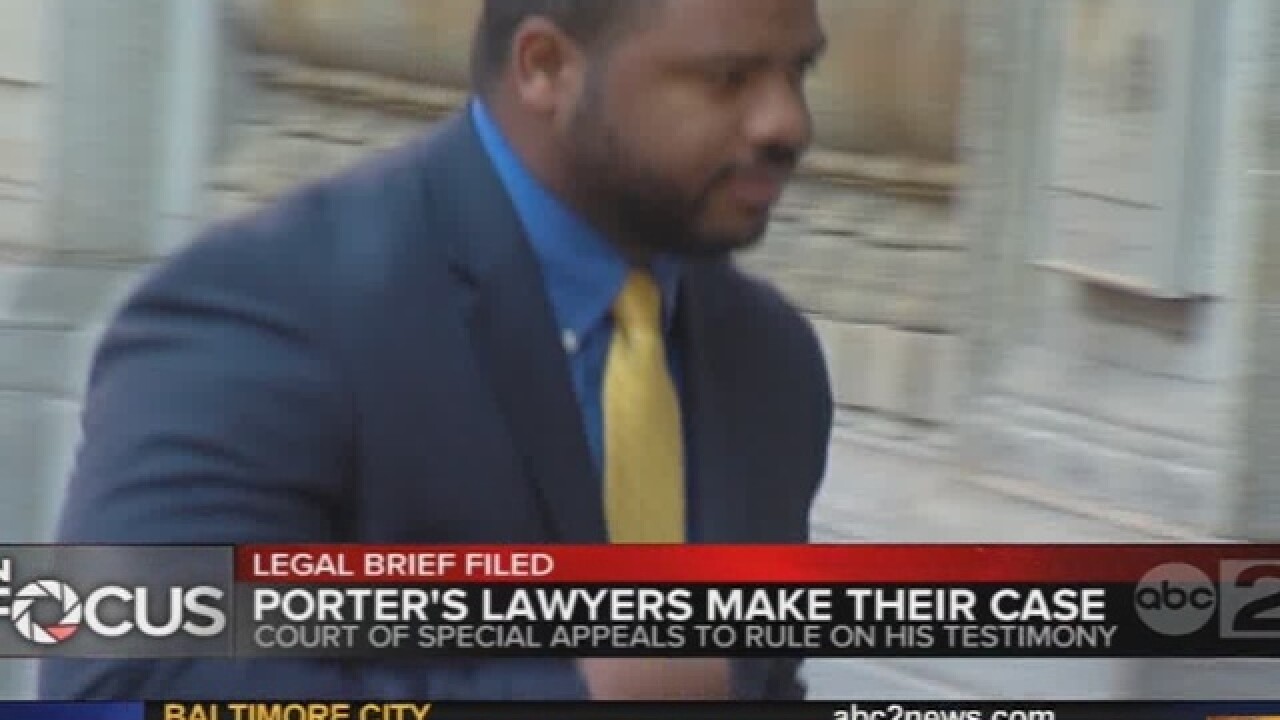 Attorneys for Officer William Porter, meeting the deadline set by the Court of Special Appeals, filed a legal brief outlining the argument against their client being forced to testify in the upcoming trials in Freddie Gray’s death.

The Court of Special Appeals, in effect halted the trials of Officer Caesar Goodson and Sgt. Alicia White when it decided to take up the issue of whether or not Porter can be compelled to testify.

The brief, filed Tuesday essentially argues what Porter's defense attorneys have been arguing all along: that with his retrial looming, the state should not be able to force Porter to testify against those who are essentially his co-defendants. Doing so would be a violation of his Fifth Amendment and Article 22 rights under the Maryland Constitution to not incriminate himself.

In the conclusion of the brief, Porter's attorneys say the state is “bending the rights of Officer William Porter so that their case against Goodson and White does not break.”

This is the first time this kind of testimony in this kind of case has ever been sought which is why the Court of Special Appeals decided to hear it.

Next, the state will file its brief by Feb. 10 and then Porter's team will file a rebuttal to that by Feb. 22.

The panel of three judges will then hear the oral arguments on March 4 and render a decision sometime after that.

While this appeals process freezes both the trials of Officer Caesar Goodson and Sgt. Alicia White, we learned last week it will not affect the remaining three cases.

Officer Edward Nero now becomes the next man up in the trials of the Baltimore six. Nero is currently scheduled to stand trial starting on Feb. 22.

Pre-trial motions in that case are due by this Thursday.