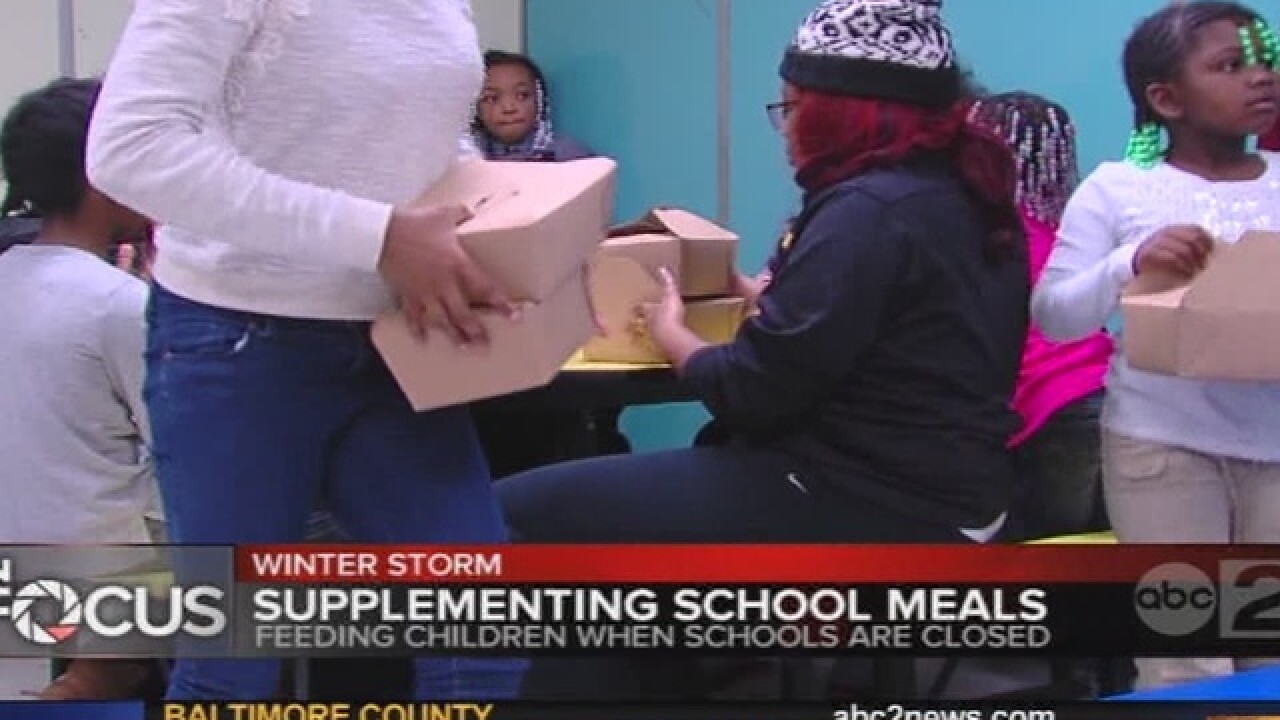 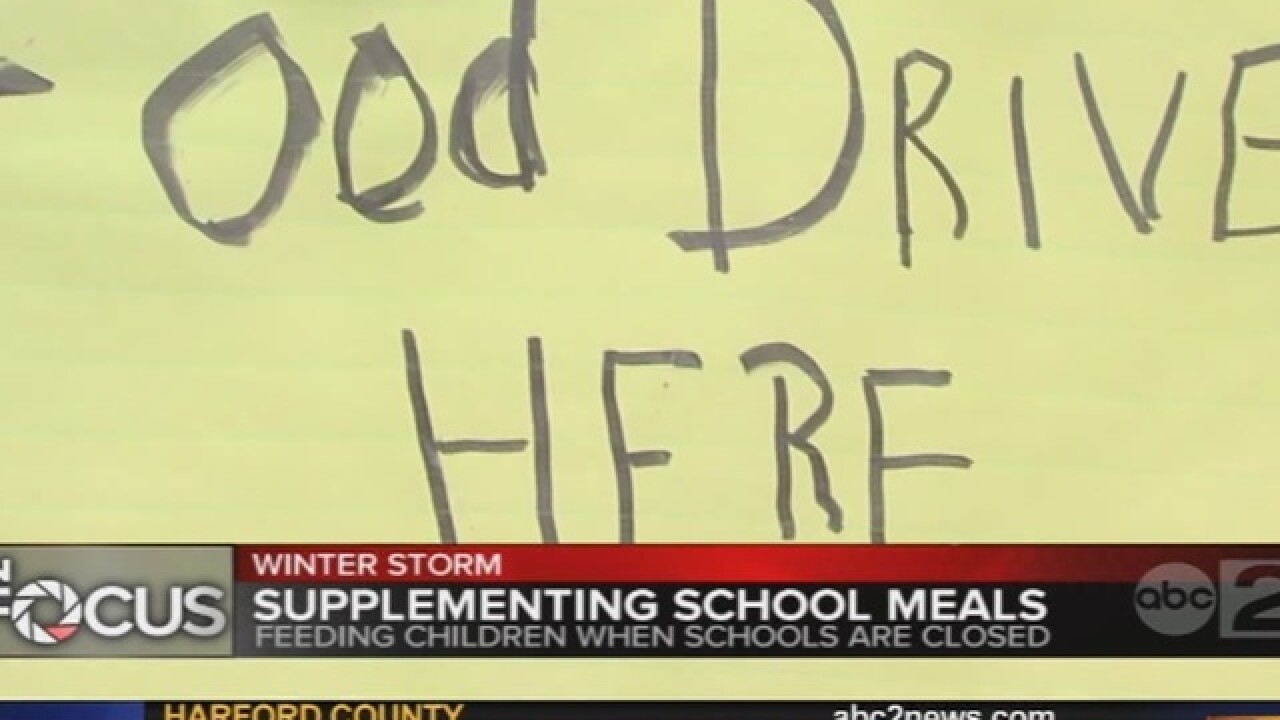 Baltimore City schools remained closed due to weather Tuesday for the third day in a row. Schools will be closed again Wednesday, leaving kids in some areas looking for ways to replace the meals they're provided while at school.
An effort is underway across the city to make sure residents both young and old stay fed. The Family League of Baltimore is helping bridge that gap, said CEO Jonathan Rondeau.
Because schools are closed, his organization is moving their normal dinner meal to lunch so that kids can still eat while school is out.
Rondeau said, "85 percent of [city school] kids qualify and get free or reduced lunch at city schools, so if they don't have access to this meal, we don't know what type of meal they may have access to."
Ivory Ward, a fifth grader, said he appreciated the meals being provided at the Greenmount Recreation Center, one of at least 19 sites throughout the city to which Rondeau's organization is bringing food.
Rondeau said his organization delivered about 1,000 meals at each of the sites open Tuesday.
"The thing I liked about it is that we've got to eat healthy food," Ward said. "Makes you strong."
The People's Power Assembly is hoping their food drive fills in where the Family League of Baltimore can't.
Parts of the city are known for being food deserts -- places where access to fresh food is scarce -- so imagine those places after a blizzard, dumping on the city the largest amount of snow ever.
"People are trapped right now. We're concerned about the older folks, we're concerned about people with young children," Sharon Black, an organizer with the group, said.