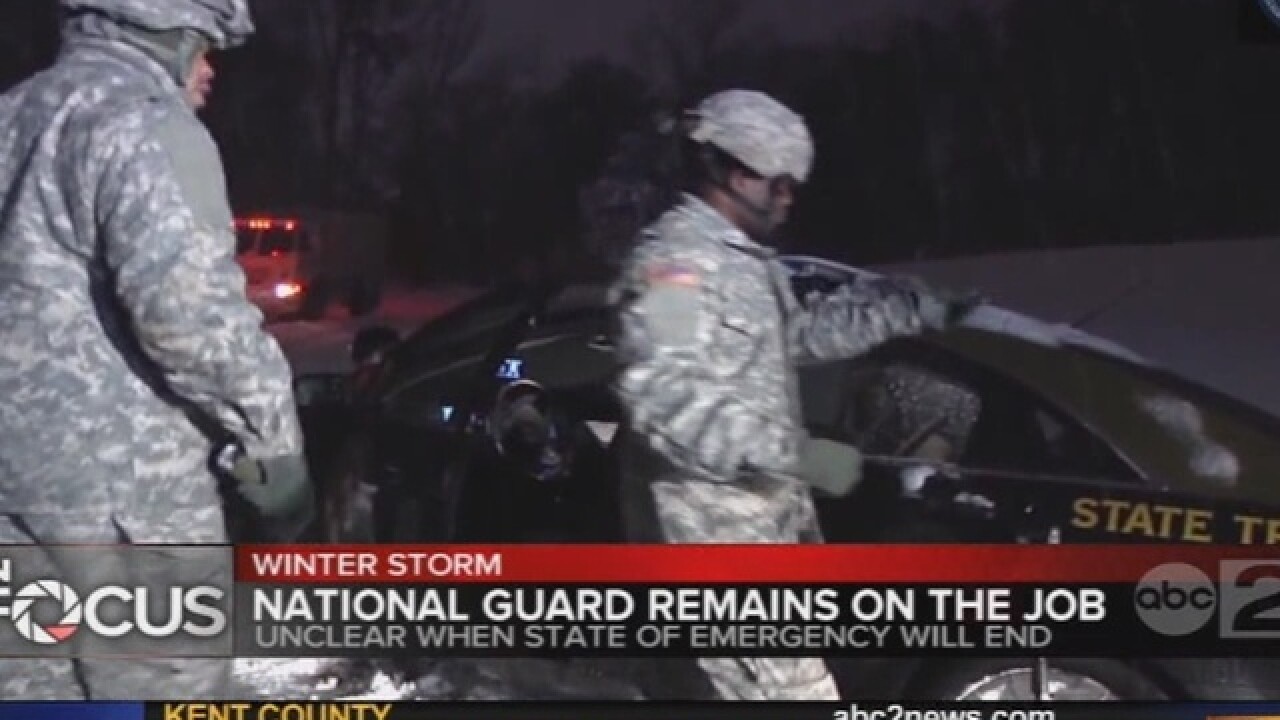 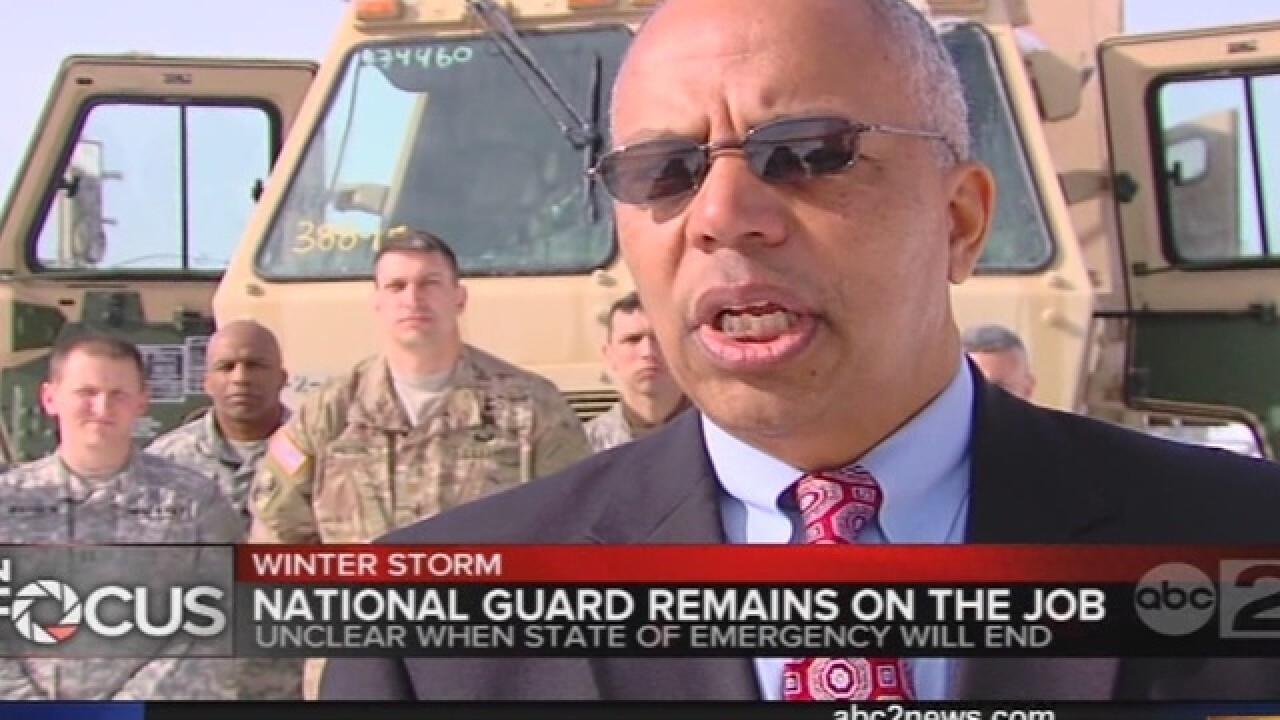 Maryland remains under a state of emergency due to this weekend's record-setting snowfall. It doesn't mean much to the average citizen, But for members of the National Guard it means they stay on duty.
Guardsmen reported for duty at 7 a.m. Friday. Throughout the weekend, they helped get people to work, rescued others, dug vehicles out of the snow--and they're not finished yet.
Army Specialist Eugene Fominyen is one of the 500 troops activated to respond around the clock where needed. One of Fominyen's most memorable moments this weekend included helping to rescue a 90-year-old-man from a home without heat and reuniting him with family.
"There's a lot of satisfaction when we saw the joy from the family, when they saw that we were bringing their grandparent back to them," he said. "So a lot of joy and it gave us a sense of satisfaction for what we do."
The Guard's Light Medium Tactical Vehicles (LMTVs) proved invaluable during the storm, able to get places that many other vehicles couldn't.
"They've been doing this all over the state, helping the State Police, individuals and we're very appreciative of what they do," said Lt. Governor Boyd Rutherford, who visited the Dundalk barracks Monday to thank soldiers personally.
Fominyen, who emigrated from Cameroon three years ago, said he feels a duty to serve and help others.
"The nation that has given a lot to you, you find a reason or you find some way to give something back to that nation," he said. "I'm an immigrant and this nation accommodates me, so if I can give a weekend to serve, that's nothing."
Lt. Gov. Rutherford said he's not sure when the state of emergency will be lifted, but state officials will meet to discuss the timeline. He also said Maryland will be applying for FEMA aid and is collecting data now to see how much money the state spent responding to the storm.
Scripps Only Content 2015