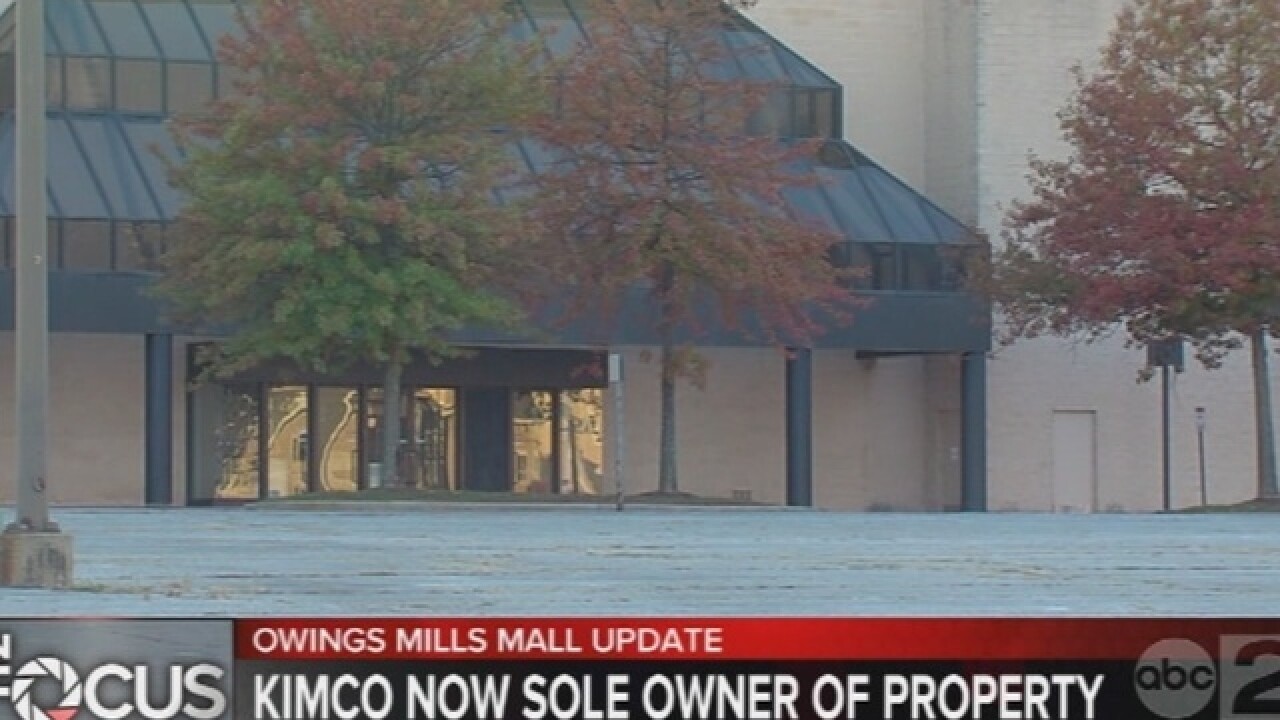 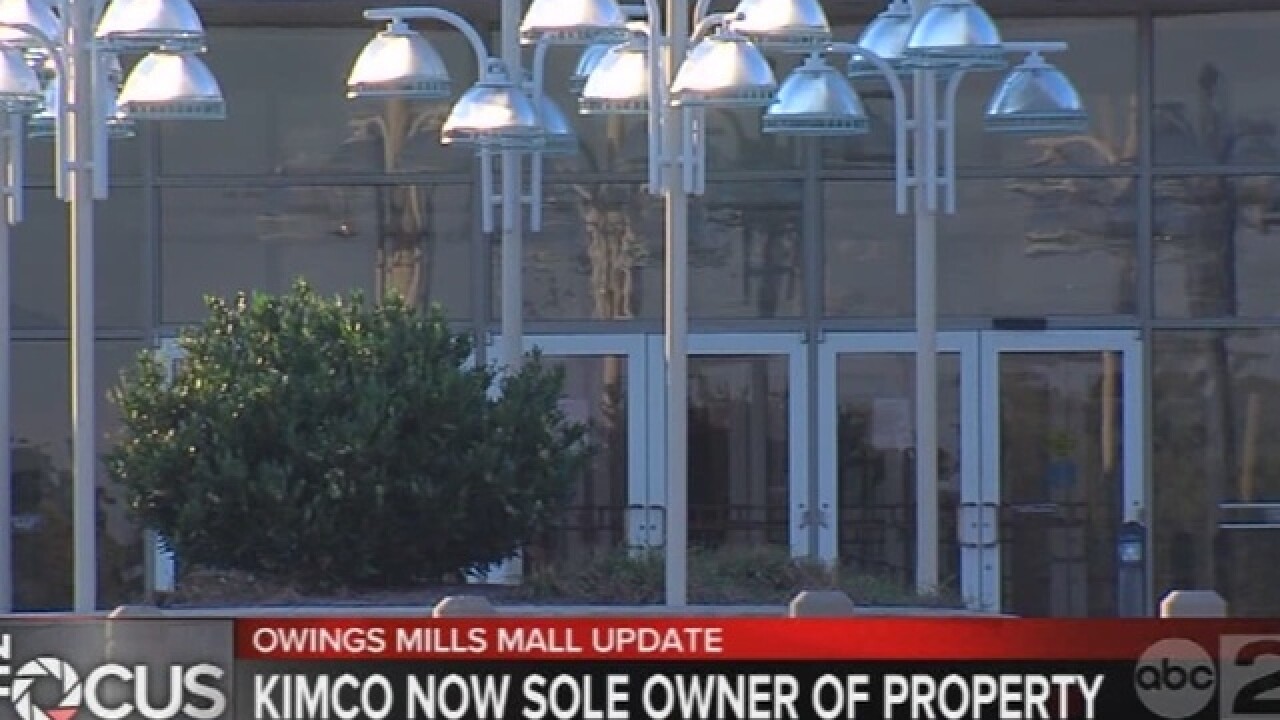 By: Trang Do
Posted at 6:42 PM, Jan 19, 2016
The future of the Owings Mills Mall is still up in the air, but now the sprawling complex has just one owner.
Anne Lang, a spokeswoman for Kimco Realty confirmed that the company bought out General Growth Properties' part-ownership of the mall. The sale leaves Kimco as the sole owner of the one-million square foot property.
Kimco is also buying parcels owned by J.C. Penney and Macy's. They are now free to redevelop the entire property as they see fit.
Download the ABC2 News app for the iPhone, Kindle and Android.
The Owings Mills Mall opened as an upscale shopping destination in the mid-1980's. It shut down for good in September, after years of store vacancies and decline.
Though Kimco has not released any formal redevelopment plans, they are considering an open-air shopping concept, similar to Hunt Valley and White Marsh Town Center. But there's stiff competition from Metro Center and Foundry Row, two new outdoor shopping developments within walking distance of the mall property.
Kimco's full statement to In Focus, courtesy of spokeswoman Anne Lang, reads:

"As part of the redevelopment of the Owings Mills Mall, Kimco has consolidated our full ownership of the property which was a natural and planned progression in the redevelopment of this site. Businesses that remain open include the AMC movie theater, JCPenney, The Greene Turtle, Don Pablo’s Mexican Kitchen, Olive Garden, Red Lobster and Red Robin. To date, no formal redevelopment plans have been finalized as we continue to evaluate the various redevelopment options for Owings Mills Mall including several open-air shopping center concepts. More details will be provided once a decision has been made."

Despite the sale, J.C. Penney remains open. The AMC movie theater and several chain restaurants on the property are also still open.
Scripps Only Content 2015