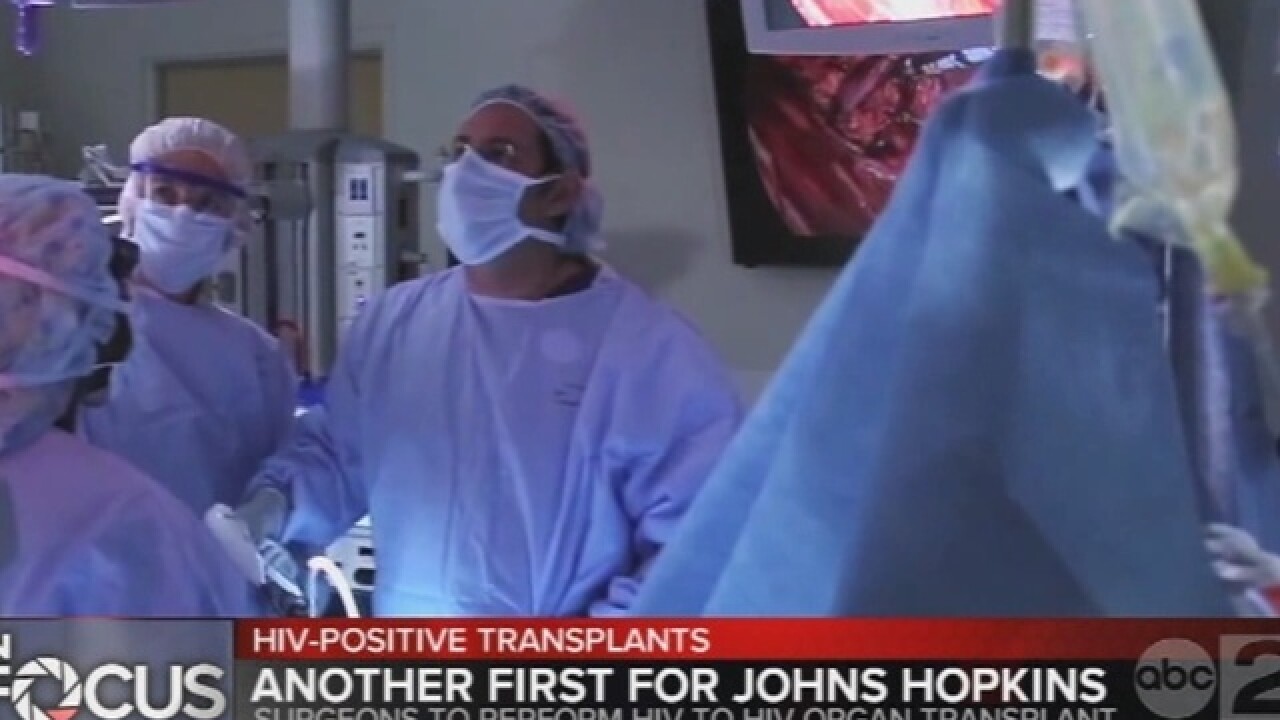 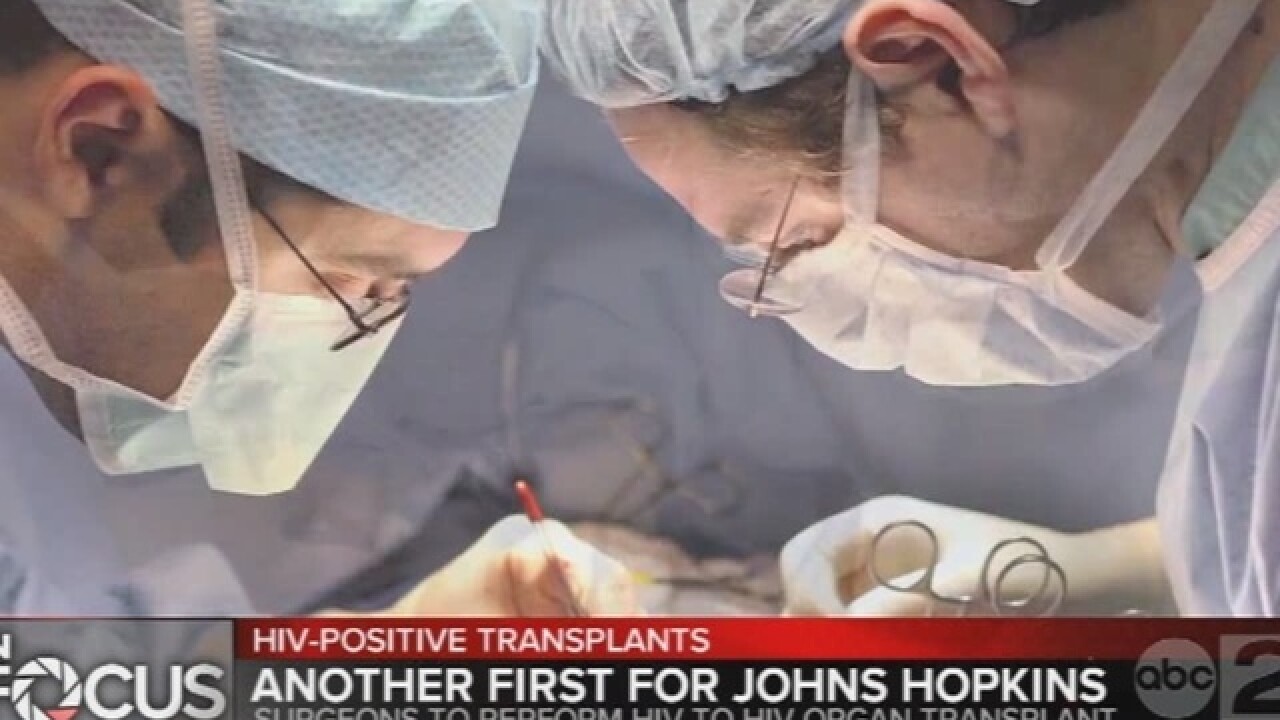 By: Trang Do
Posted at 6:08 PM, Feb 09, 2016
In the latest milestone breakthrough for Johns Hopkins, the hospital announced it will be the first in the United States to perform HIV-positive to HIV-positive organ transplants.
Dr. Dorry Segev, associate professor of surgery at the Johns Hopkins University School of Medicine, will not only perform the surgeries, he was also the biggest advocate to change U.S. law.
Segev helped to draft 2013's HOPE Act, passed by Congress that year, which allows people who are HIV-positive to donate organs. He has performed many transplants on HIV-positive patients with negative organs, but he realized many more people could be saved if organs from HIV-positive donors could be legalized for use in HIV-positive transplant patients.
"These are people with HIV who are on a waiting list and who have a very, very high risk of dying on that waiting list before ever getting an organ offer," he said. "This is an unbelievable opportunity to get them transplanted to save their lives, get them off the waiting list."
Segev estimates that each year, there are about 500 to 600 HIV-positive organ donors that could have saved more than 1,000 people. About 122,000 people are on the national transplant waiting list at any time.
There has been success in South Africa performing HIV-positive to HIV-positive kidney transplants, but Hopkins is cleared to be the first hospital in the U.S. to perform the surgery. It will be the first in the world to perform an HIV-positive liver transplant.
The hospital is waiting for a suitable organ to be donated, then the team will identify and prepare a recipient, who will be a good match for that organ.
Download the ABC2 News app for the iPhone, Kindle and Android.
Scripps Only Content 2015