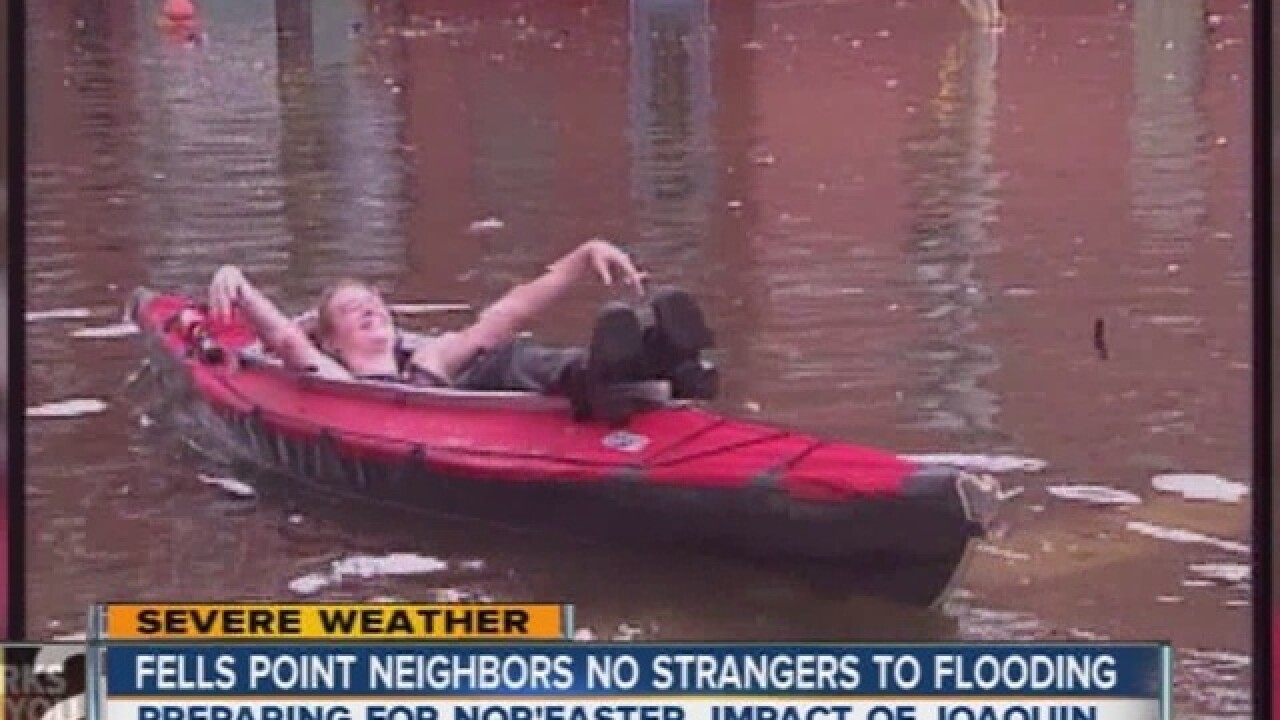 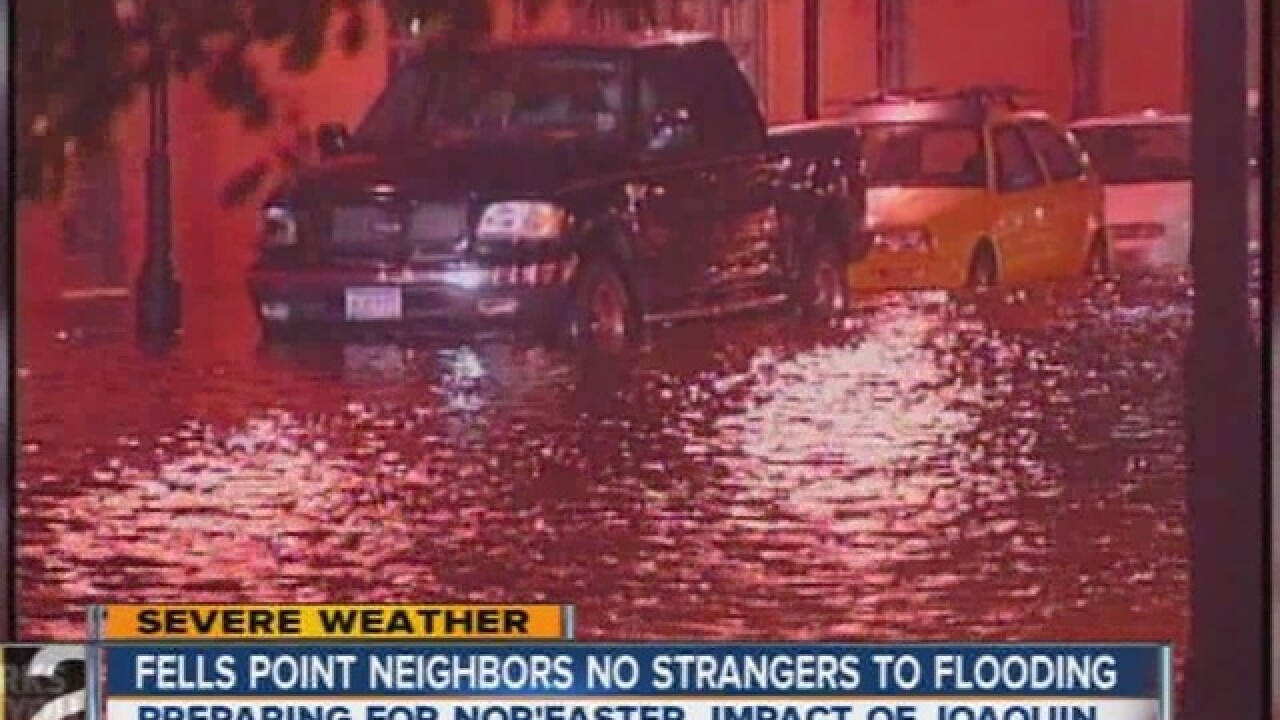 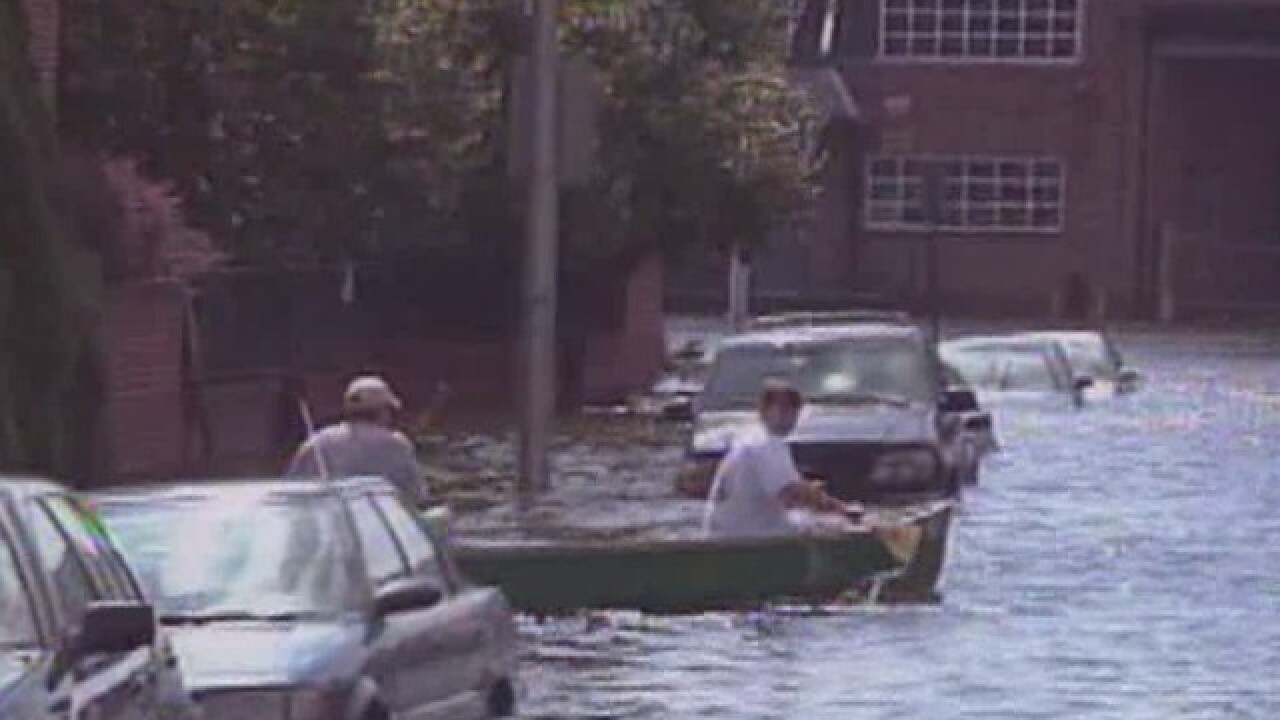 Talk of Hurricane Joaquin earlier this week gave many people memories of Hurricane Isabel. Twelve years ago, Isabel hit the city, flooding Fells Point.
Fells Point and the Inner Harbor may have looked unrecognizable.
"Streets were flooded, many of the shops were flooded, houses were flooded," said David Horner, who owned After Midnight, a clothing store on the corner of Broadway and Thames in 2003.
Horner said he watched as people kayaked up and down the streets after the flooding.
"It took quite a few days before everything was back to semi-normal, before the tide went out and the police would let people come down," he said.
Thursday, out of caution and concern for visitors and vendors, the Fells Point Fun Festival was postponed for the first time in its 49 year history, said Joy Giordana, Executive Director of Fells Point Main Street, the organizer of the festival.
"We have been working on the Fells Point Fun Festival for months now, and were very excited about it happening this particular weekend, but unfortunately Hurricane Joaquin seems to have different plans for us," Giordano said.
For the owners of "here's your deSign," a small, custom design business co-owned by Lindsey Aburn and Jamie Mitsouras, the festival means big business. They were banking on about $5,000 in sales, they said, but hope whatever date it's ultimately reset for brings people back to Fells.
"Fortunately, they're re-scheduling it, so it won't be a total loss to us, but just a delay in the plan," Mitsouras said.
The Fells Point festival is not the only event affected by Joaquin.  Events across the region have been either postponed or canceled.
Scripps Only Content 2015