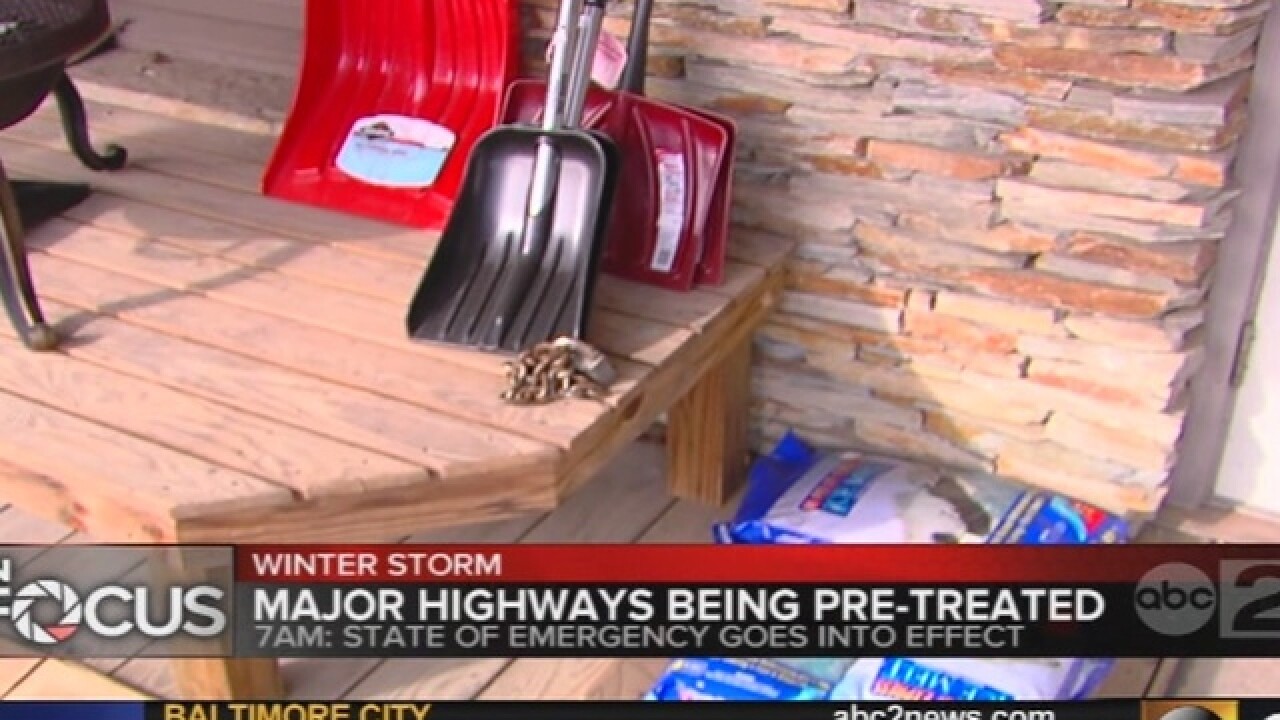 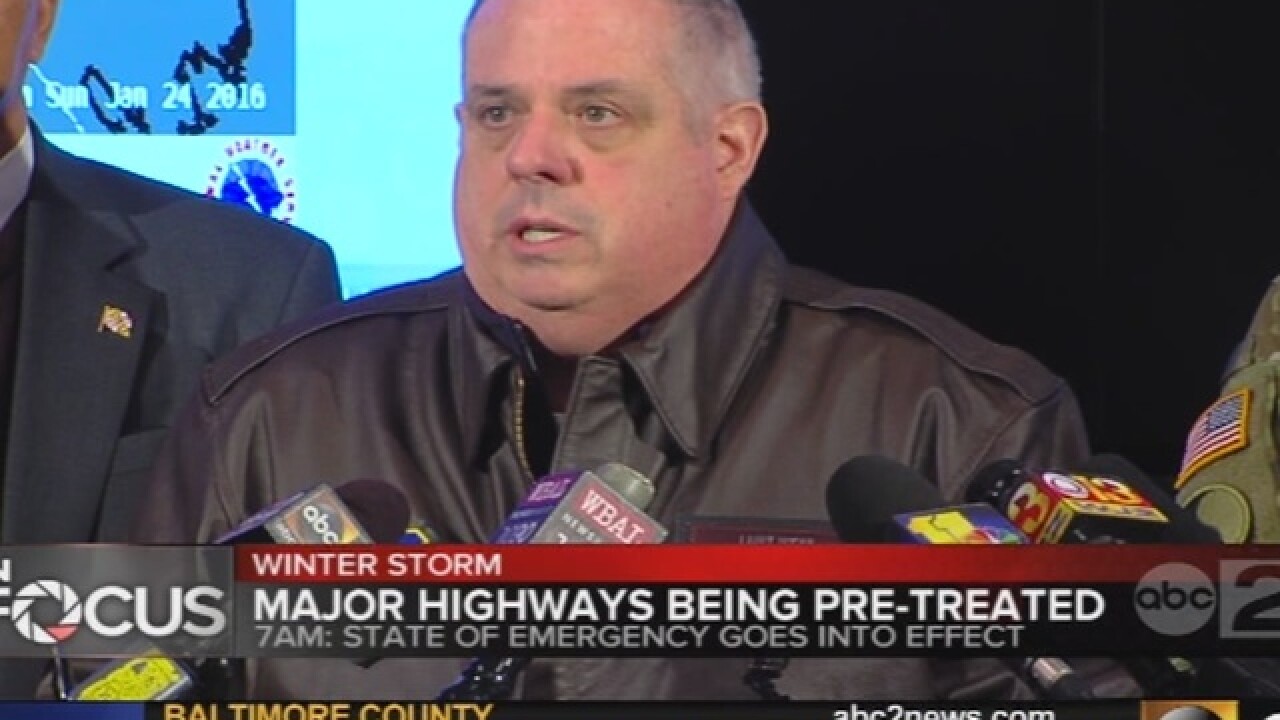 By: Dakarai Turner
Posted at 7:59 PM, Jan 21, 2016
Hours before a winter snow storm was expected to impact the Baltimore region, Maryland's governor said state officials were jumping into action.
With the storm expected to make its presence felt by Friday evening, there could even be some power outages.
Richard Smid who has been managing Glyndon Gardens in Reisterstown for eight years, said he's already seen the forecasts and already knows state officials are preparing for the kind of winter snow dump that doesn't come often.
The only things he doesn't know is where to find more shovels, more salt, and what many people will be using to heat their homes in the coming days, more wood.
"That's been going out like crazy," he said. "I'll be out of that by the end of the day."
The predicted storm had state officials on the offensive today after they admitted a light dusting last night caught them unprepared, leaving people in western Maryland sitting in traffic for hours.
Gov. Larry Hogan assured the state Thursday his cabinet and other officials were bracing for a bigger wallop.
Hogan signed an executive order declaring a state of emergency in Maryland, which goes into effect a 7 a.m. Friday. He also urged people to stay home and do their best to stay warm.
Hogan said the state's national guard is on standby, and state police are being assigned to traffic patrol in an effort to assist motorists.
"If you don't have to drive, don't drive," Hogan said. "If you don't have to leave your home, don't. Stay inside and allow our road crews to do their work."
Hogan urged residents to check on their elderly neighbors and to be ready for periods without power.
You can stay up to date by watching ABC2 News through the weekend and by heading to the Maryland Emergency Management Agency's website mema.maryland.gov.