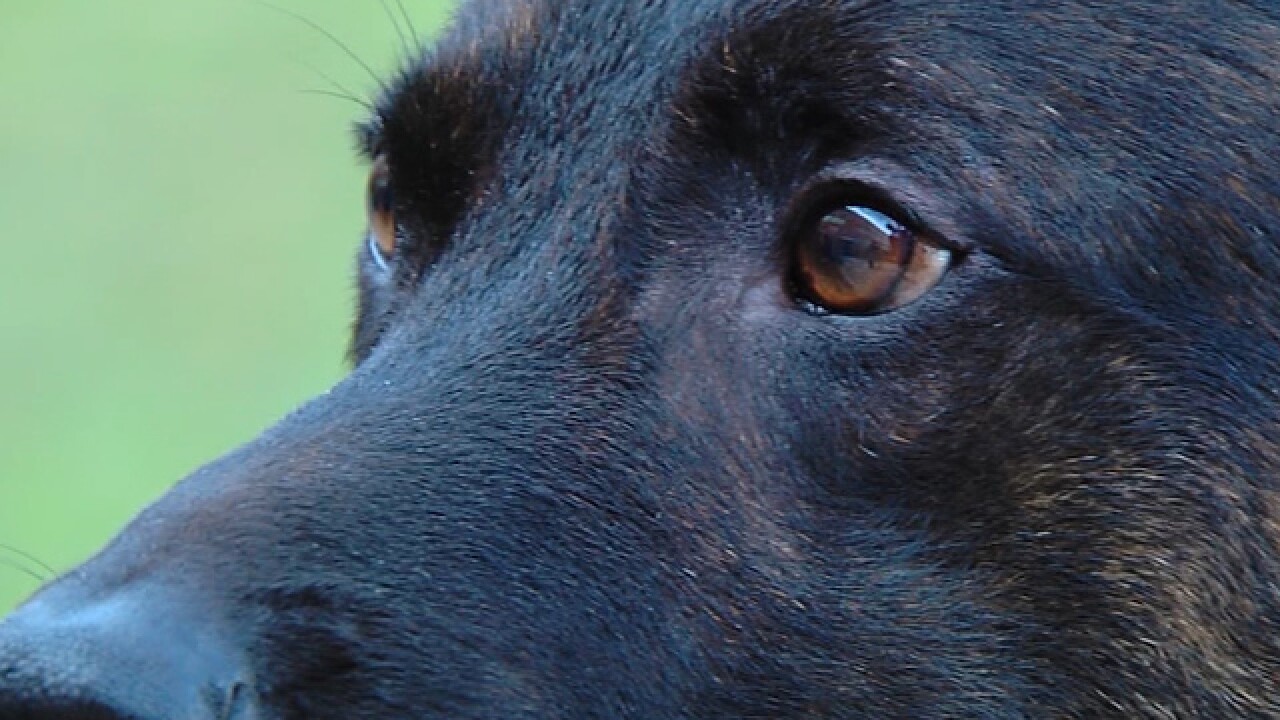 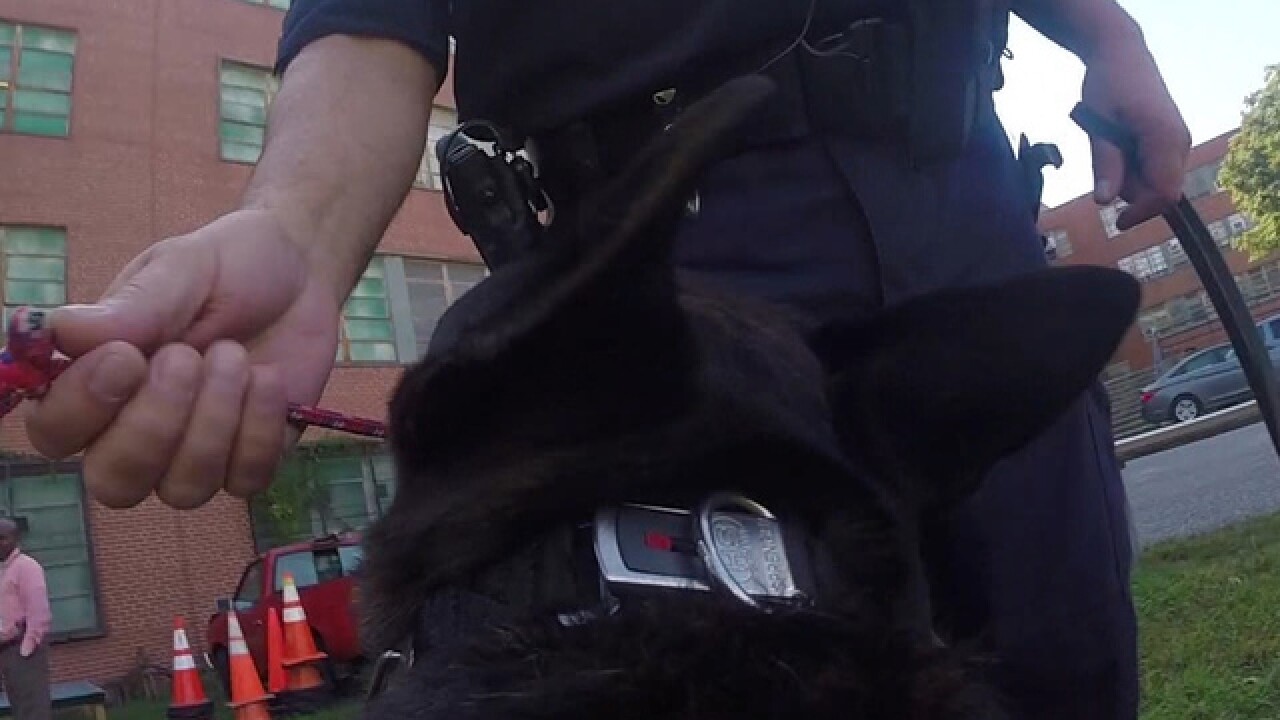 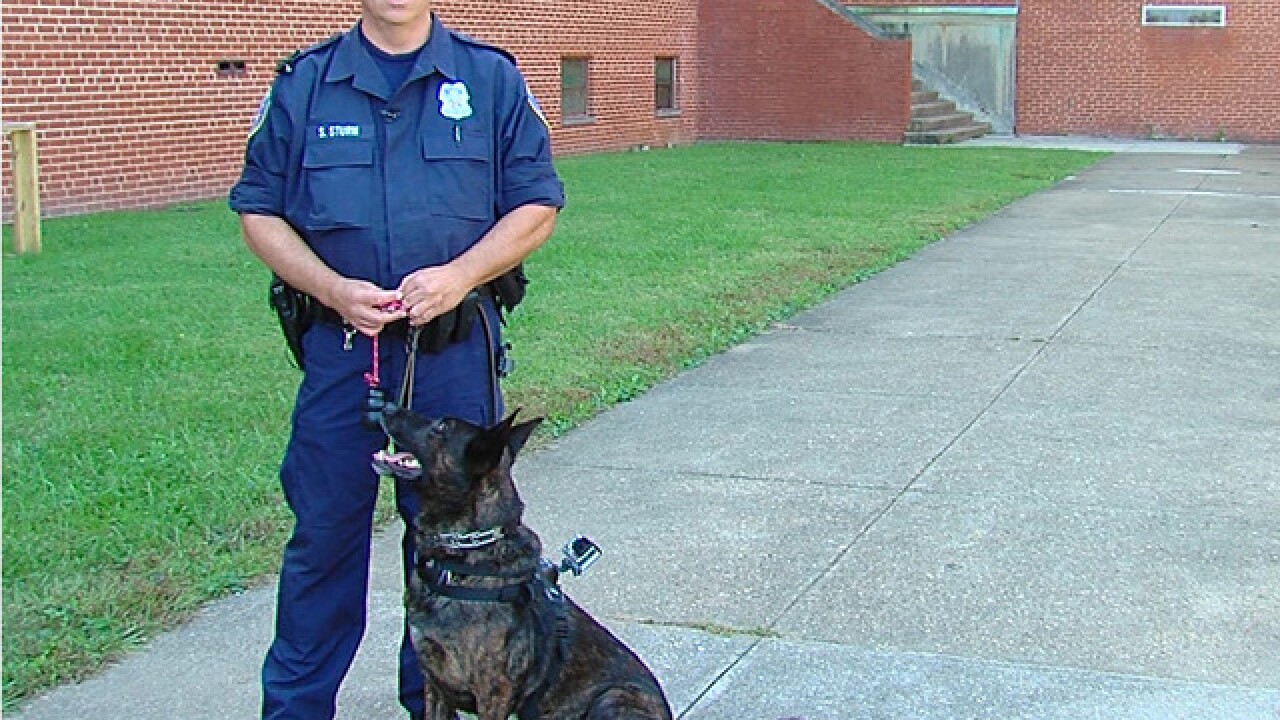 Abu is seven years old, a Dutch Shepherd with five years on the job with the Baltimore Police Department.
He's trained to work big events like football games or the marathon.

He is a scent dog and provides the crucial eyes, ears and smell to the Baltimore Police Department and his handler Officer Steve Strum.

"We always explain it as a force multiplier. So say this school for instance was broken into we can send two dogs in there to search as opposed to, it would take 10 officers to do this in a timely fashion. With the dogs, it is all scent, all scent," Strum said.

Abu is one of two dogs purchased with donations from Ben Roethlisberger.

The Pittsburgh quarterback, through his foundation he gives 18 grants a year to police departments in NFL cities to purchase K-9 dogs for their units.

Since 2007, Roethlisberger has given away a total of $1.3 million and Baltimore has been the recipient three times, most recently in 2012.

Abu is one of two dogs the BPD bought with past grants, and as the Steelers come to town Sunday, the department hopes to learn it will be the recipient of a third.

With each dog costing upward of $7,000, trainers like Officer Steve Strum say the grants are what help keep an expensive unit in business.

"It is a big help to cities, especially like us. K-9 units are very expensive to run so if we have somebody that can help us out by buying the dogs, it saves us a ton of money.”

The Roethlisberger Foundation announced the grant recipient during the week leading up to the game he plays in that city.

Wednesday, it was announced Charles County Sheriff’s Department will get the money this year.

The department says it plans on buying a new dog to replace its current K-9, Erno, who is set to retire soon.