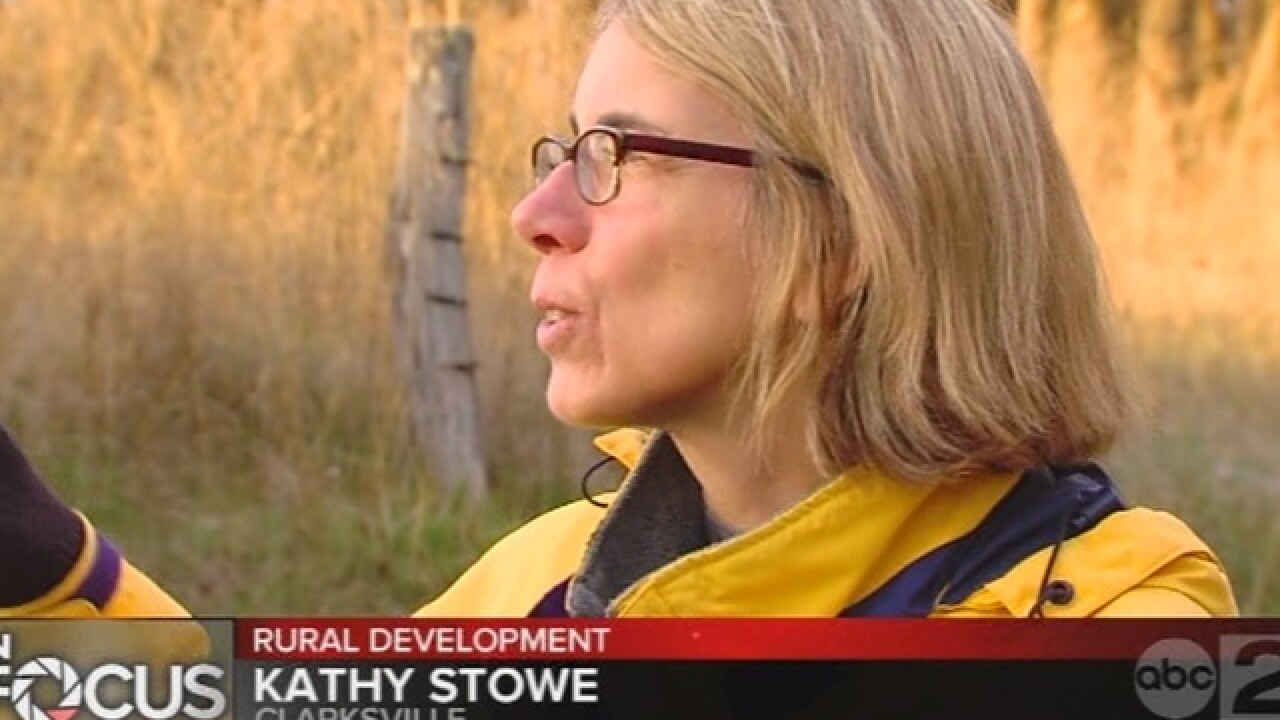 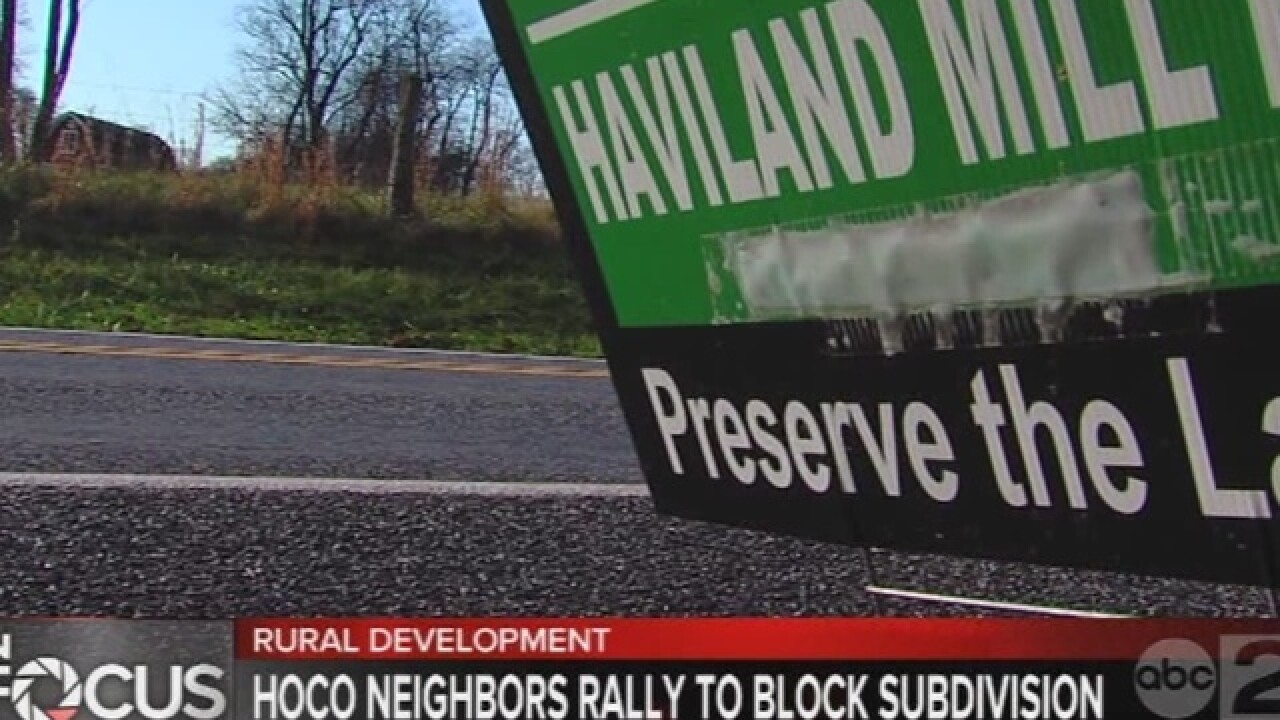 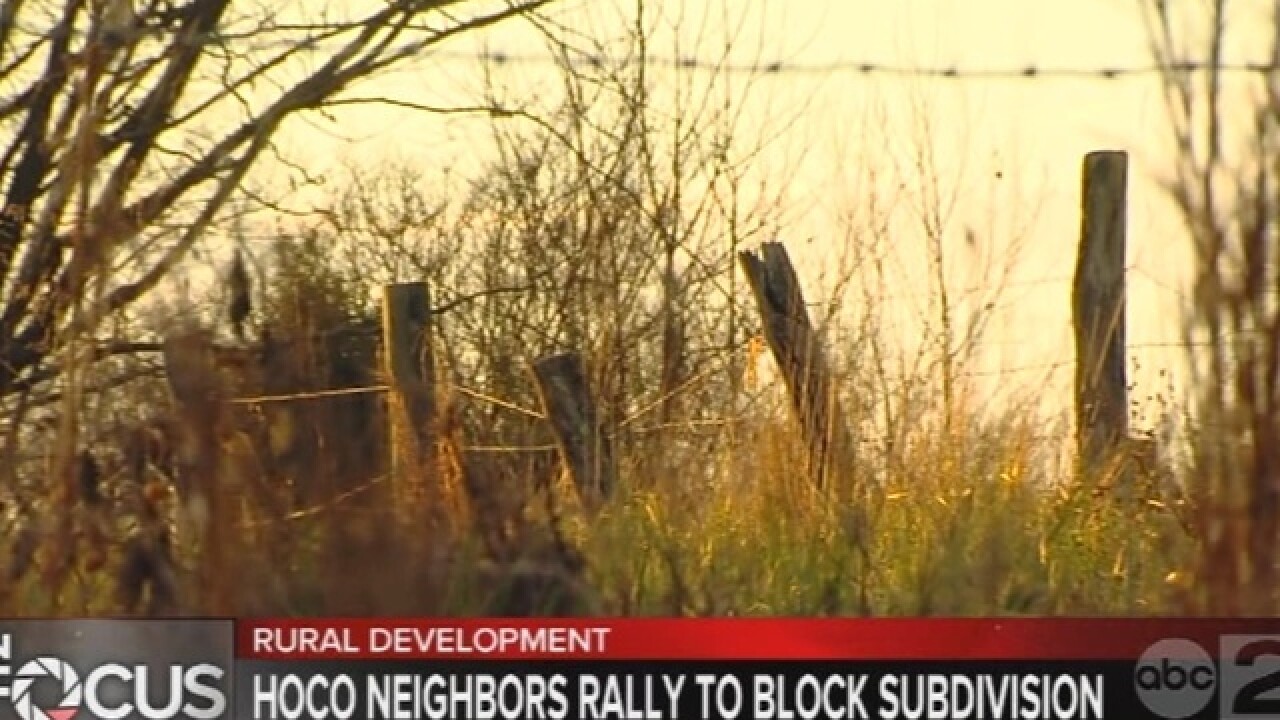 Neighbors are at odds over a proposed subdivision in their rural, western Howard County community. Dozens are a part of a group that hopes to stop the development. On the other side are the property owners, who want their right to sell their land honored.
For those who live around Haviland Mill Road in Clarksville, it's a special place.
"We have a lot of wildlife here, eagles, a lot of hawks and you see them soaring along on top of the fields," said Kathy Stowe, who has lived in Clarksville for 30 years.
The animals, the quiet and the access to nature are all draws that neighbors fear will be lost to development.
"It's just a way of life, a way of life that would be destroyed," said Theresa Marrow. She grew up on Haviland Mill Road and still lives there. "We just don't want to see McMansions staring us in the face every time we go up and down the road."
With her sister Jenny and several other neighbors, Marrow founded Friends of Haviland Mill Road. The 80-member group formed in opposition of a proposed 23-home subdivision on 99-acres of land along the rural road. Most of the homes on Haviland Mill sit on many acres of farmland. Some, like Brooke Farquhar's home, date back to the 1800s.
"The bottom line is, this is going to be so out of character with our rural, historic setting here," said Farquhar, a member of the Friends' steering committee.
Download the ABC2 News app for the iPhone, Kindle and Android.
Elm Street Development is using an option in rural parts of Howard County called "cluster development." Homes are built closer together on smaller lots, and the remaining land is set aside for preservation.
Elm Street Vice President Jason Van Kirk is working with two families, the Crawfords and the O'Keefes, who've decided to sell the land. In a letter to a local newspaper, Thomas Crawford explained that he and two brothers, who inherited their family's property, cannot afford to keep it. Crawford also went on to say that the neighbors can't expect them to foot the bill to keep it as is.
"They want their open space, but they want someone else to pay for it. I am sorry, but that simply cannot be," Crawford wrote.
"Both of these sellers have been in the community as long or longer than most everybody on the road and just want to have their property rights preserved," Van Kirk said.
The Friends of Haviland Mill want the county or the state to buy the land to create a public park. Howard County Executive Allan Kittleman said that isn't an option at the moment, but his administration is watching the project closely.
"I'm making sure all the regulations are followed, all of the rules are followed," he said. "That's basically what our position is now. I'm going to make sure that whatever the rules are in Howard County, they're followed, but people have a right to develop their property."
Van Kirk said he voluntarily added certain design elements to address community concerns. The plans include a public access point to the preserved land and an understated entrance to the subdivision that fits in with the surroundings.
"We'd like to do the minimum amount that the county is going to require us in order to keep the character of Haviland Mill Road the same, so that as you're driving up and down Haviland Mill, there's not a several hundred foot section of Haviland Mill that looks completely different from the rest of Haviland Mill," he said.
The Friends feel any development will change the essence of their community.
"When you come on this road, you just feel a sense of peace when you come off this road after battling 95 and 32 to get home," Marrow said. "You get on this road and you just go, you just feel a sense of peace."
The development is still in the planning stages, so it will be some time before anything is finalized. Meanwhile, The Friends of Haviland Mill Road are petitioning the county council to designate the Haviland Mill as a "Scenic Road." The designation would limit changes to the face of the road and preserve its character.
County Executive Kittleman said he plans to meet with the group to view the property himself and discuss their concerns.
Scripps Only Content 2015