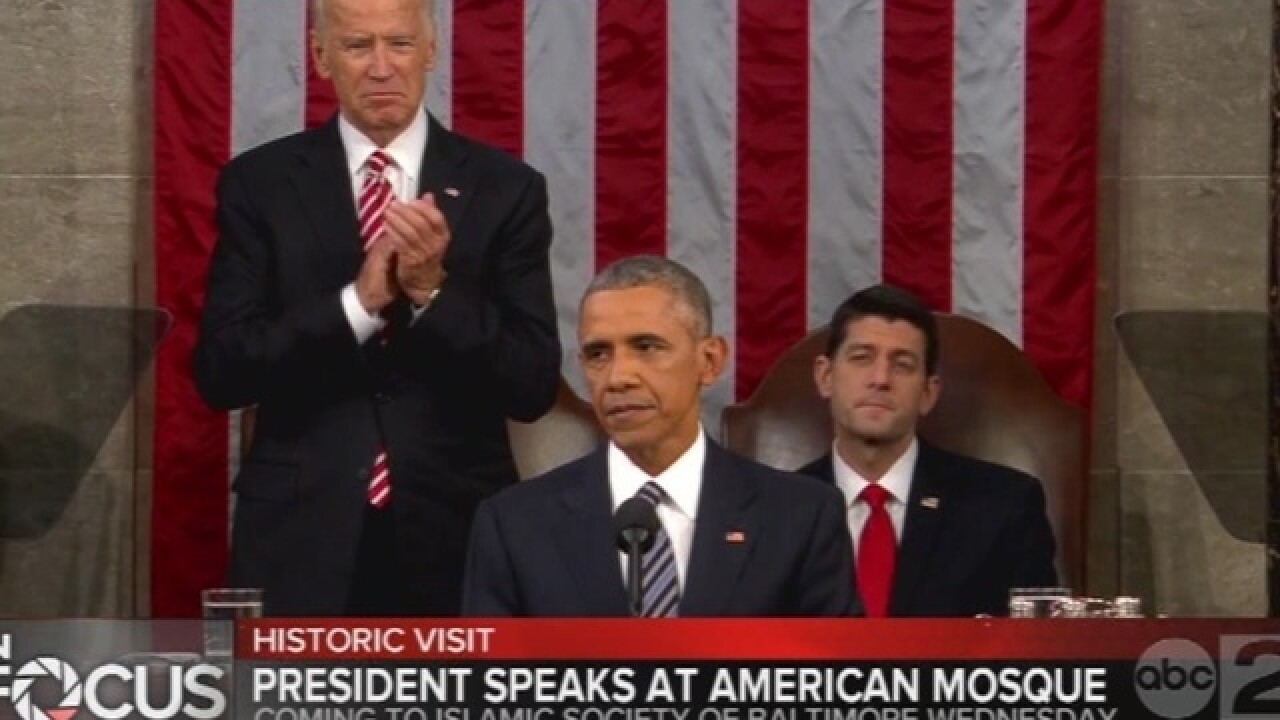 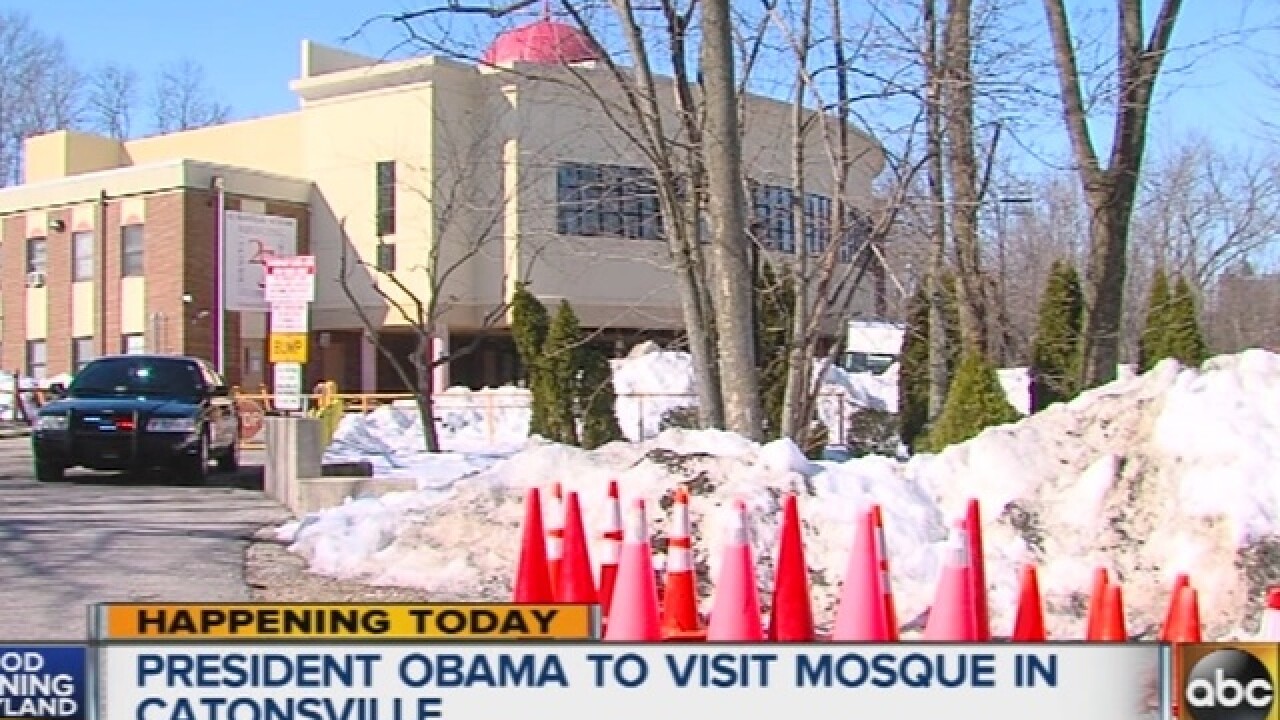 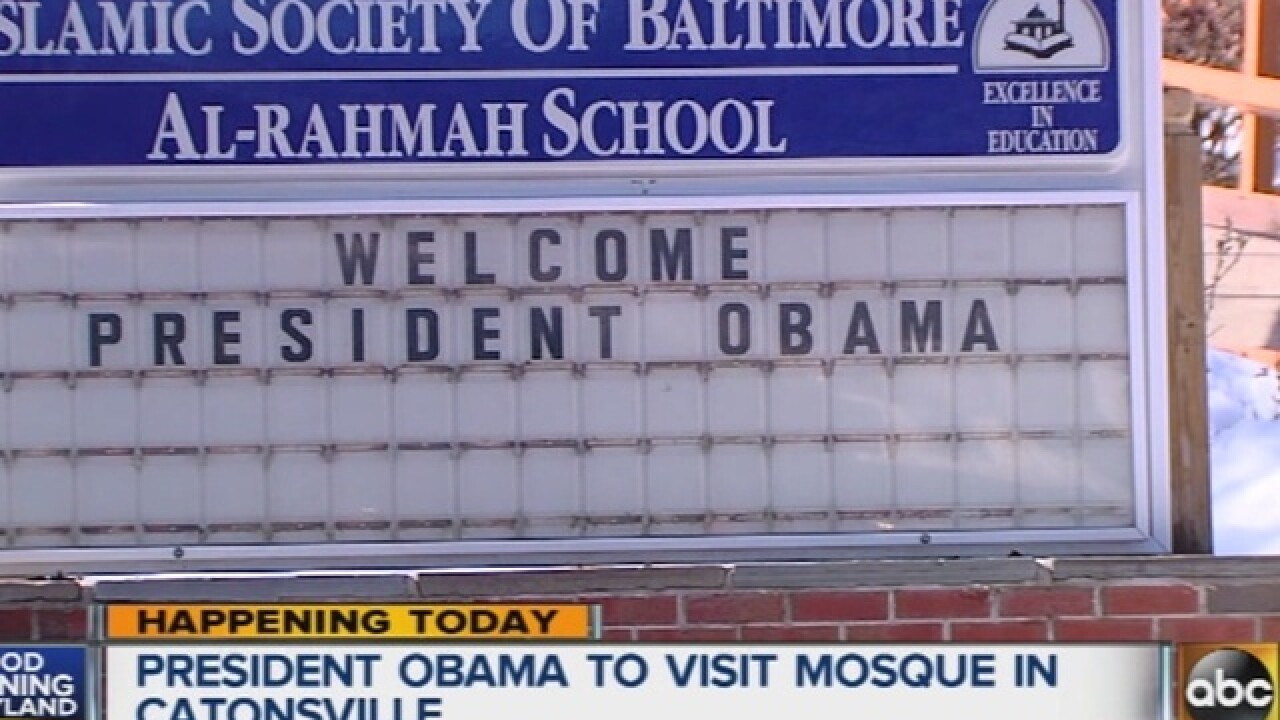 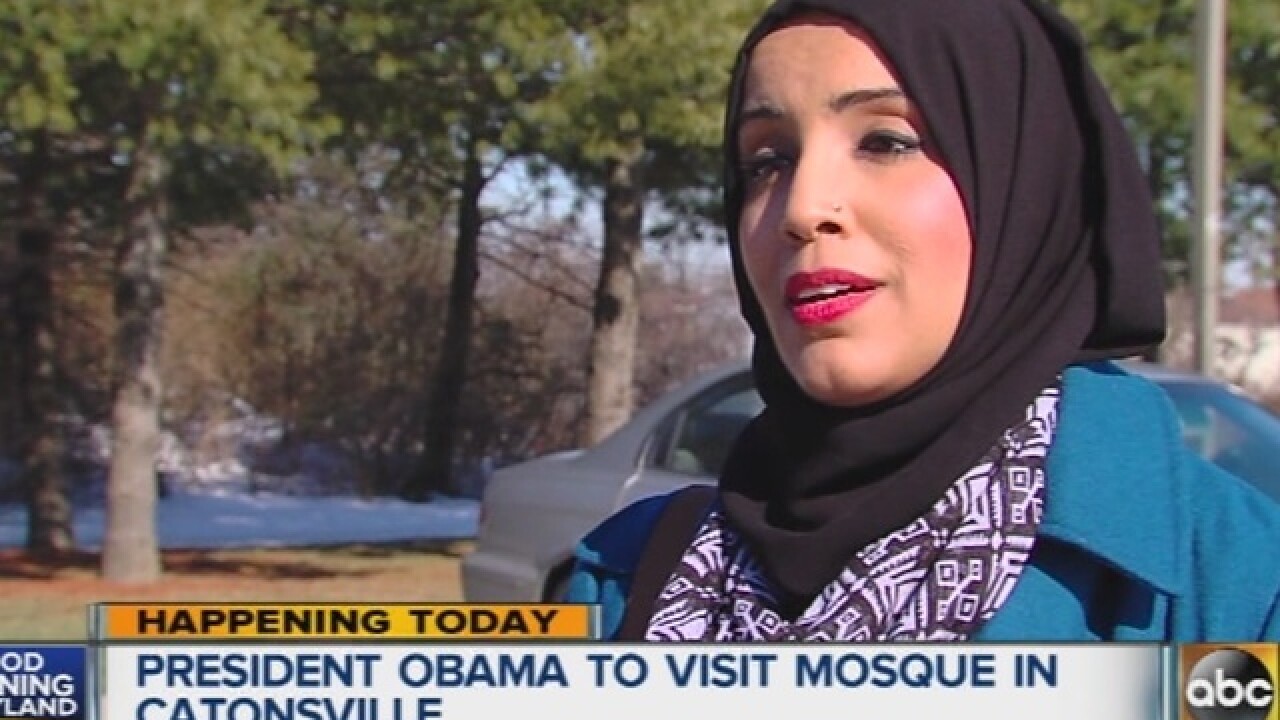 By: Dakarai Turner
Posted at 7:53 PM, Feb 02, 2016
History will be made in Catonsville Wednesday when President Barack Obama makes his first trip, as president, to a mosque on U.S. soil.
The President has made a point, in recent months, of openly rejecting rhetoric that he says counters American values. Much of that rhetoric has come along the presidential trail, leaving many saying this visit is a long time coming.
The last time a sitting president visited a mosque on U.S. soil, former President George W. Bush assured a shaken nation after the terrorist attacks of 9/11 that "Islam is a religion of peace" in a speech just six days after the attacks at a mosque in Washington DC.
Obama's visit comes after he called for a rejection of anti-Muslim rhetoric during his state of the union speech last month.
"Unfortunately it's helped to contribute to this climate of fear and hostility toward Muslims" said Zainab Chaudry, a spokesperson for the Council on American-Islamic Relations, or CAIR, an advocacy group.
Outside the Islamic Society of Baltimore Tuesday, the final touches were being made ahead of the President's visit under the careful watch of security. Men in suits walked in and out of the mosque throughout the afternoon.
Chaudry's group is part of a coalition of organizations that, over a series of meetings with representatives from the White House, helped to push for the visit.
"We're hoping that it will help diminish some of the backlash of the Islamophobic rhetoric that's impacting our community, and especially the youth," Chaudry said.
Chaudry said that rhetoric, and a series of threats made against the mosque last year, have negatively impacted Muslim communities across the state.
A spokesperson for the Baltimore County Police Department said no "significant" threats have been made against the mosque in "recent months."
Officials were hesitant to talk about security measures being taken ahead of the President's trip, but the visit, the community says, shows an open rejection of that rhetoric, and brings them closer to a place where security concerns could even be nullified.
"We're especially glad the President is coming to visit the mosque at this time to promote that message of religious pluralism and religious freedom, and hopefully, quell some of that negative, bigoted rhetoric that we've been seeing," Chaudry said.
Scripps Only Content 2015