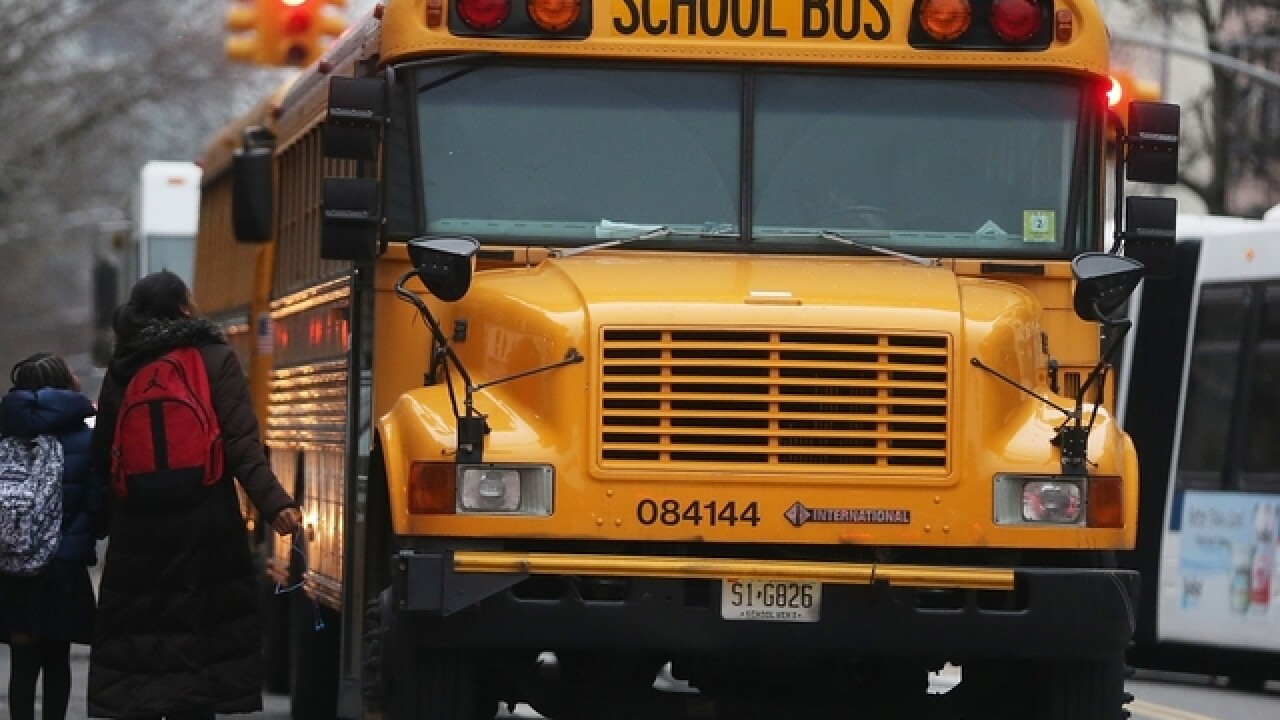 Walking to school in the dark, and sitting in class before the sun is up.

"In our house we have to set the alarm at 5:30 a.m. to start the wake up process," Melissa Stanton said.

Her family has been fighting for later start times for Anne Arundel County Public Schools.  She says it's better for health, safety and the student's education if they're getting more sleep.

"They should be able to learn in school and not fighting to stay awake," she said.

But not every household is on board, and many want class times to stay how they are.

"I can get my kids out the door on their busses, I know they're going to school, what they're wearing, I don't have to worry about absenteeism or anything like that," said Stacey Montagne.

Back in 2014, a task force recommended four options to get the bells ringing later, especially in the district's high schools.  Now families are finally getting a taste of what school leaders have in mind.

Superintendent George Arlotto says the plan needs to be fully funded and have broad community support before it moves forward.

“If we as a county are truly serious about moving forward as a school system and about adjusting school hours, we must commit to providing the funding to do so and not do it at the expense of our people or our programs,” Dr. Arlotto said in a statement

He has set aside $8.1-million in his 2017 budget recommendations to be combined with $602,000 allocated by the County Council to pay for the changes, as well as the extra staff and equipment needed to make the new times possible.

Right now, the proposed shift would happen for the start of the 2017 school year.  It has high schools starting 73 minutes later at 8:30 a.m, middle schools being pushed back to beginning at 9:30 a.m. at the earliest, and elementary schools will open between 7:50 a.m. and 9:15 a.m..

"We're not happy with it,” Montagne said.

She tells us the plan is too drastic, especially for the younger students.

"My son will be in middle school coming home at 4:45 p.m., and turning around and walking out the door for soccer practice by 5:30 p.m.,” said Montagne.  “When's he gonna do homework."

Besides after school activities, some parents are also concerned about how child care and family time would be impacted with the changes.

The Superintendent says the plan is designed to align with the American Academy of Pediatrics and the CDC's recommendations for sleep times, and has elementary students heading to class in the daylight.

"It will be very beneficial to high school students and allow them to get the amount of sleep they need to do better in their morning classes," Stanton said.

It's a step in the right direction, but she agrees the proposed start times are not perfect.

"I appreciate the start, but it's just a start, there's a lot more work to do."

The four community forums are not public hearings.  They are designed to provide information and get feedback on the proposal to shift start times.  Each one will be held from 6:30- 8 p.m. on the following dates: