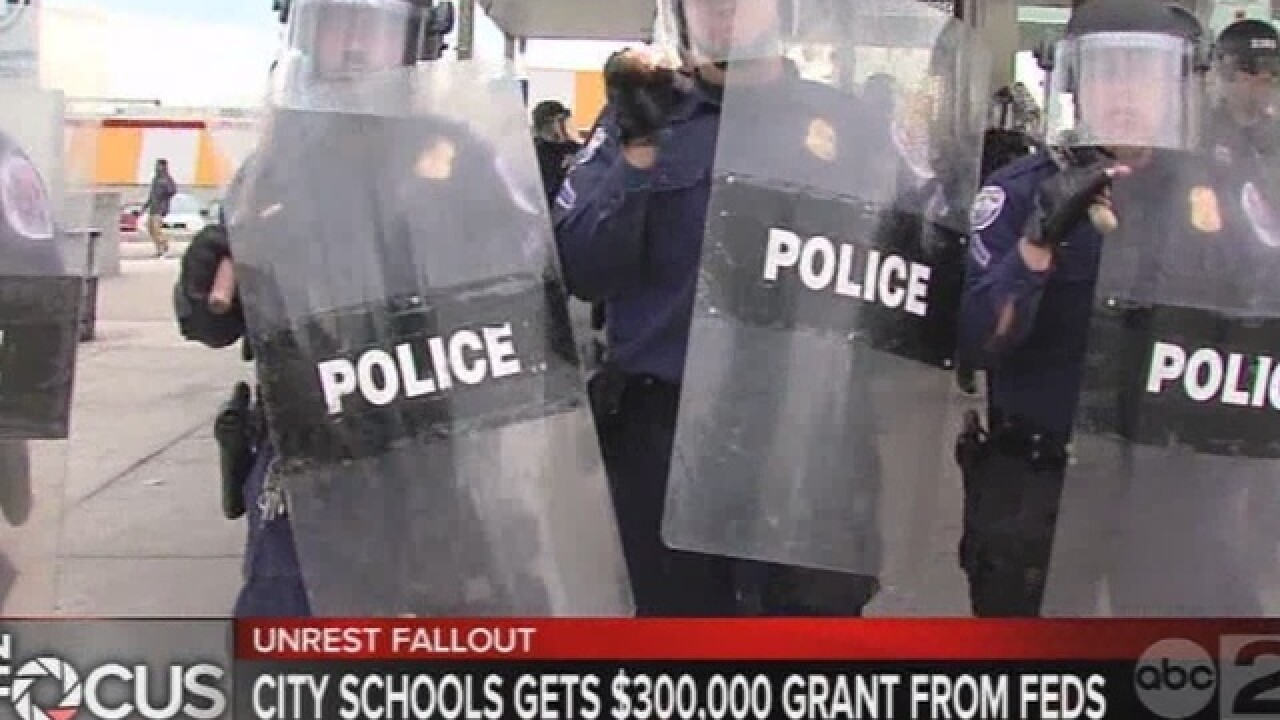 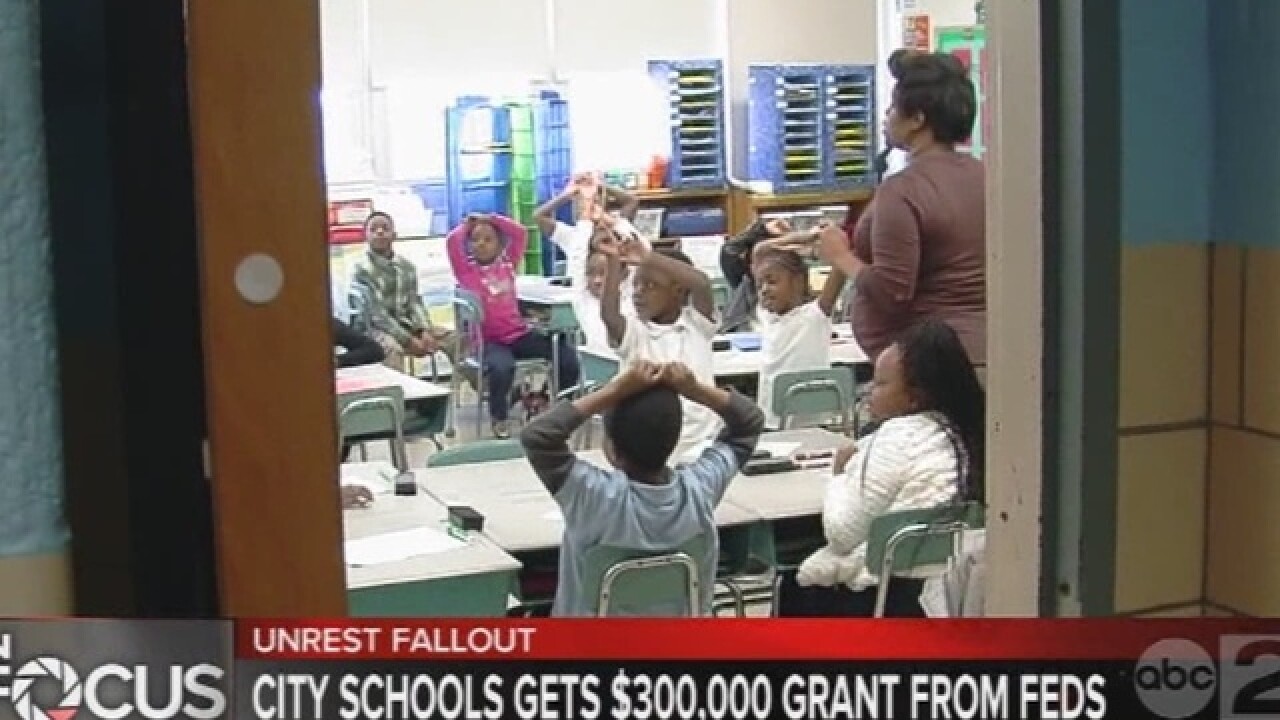 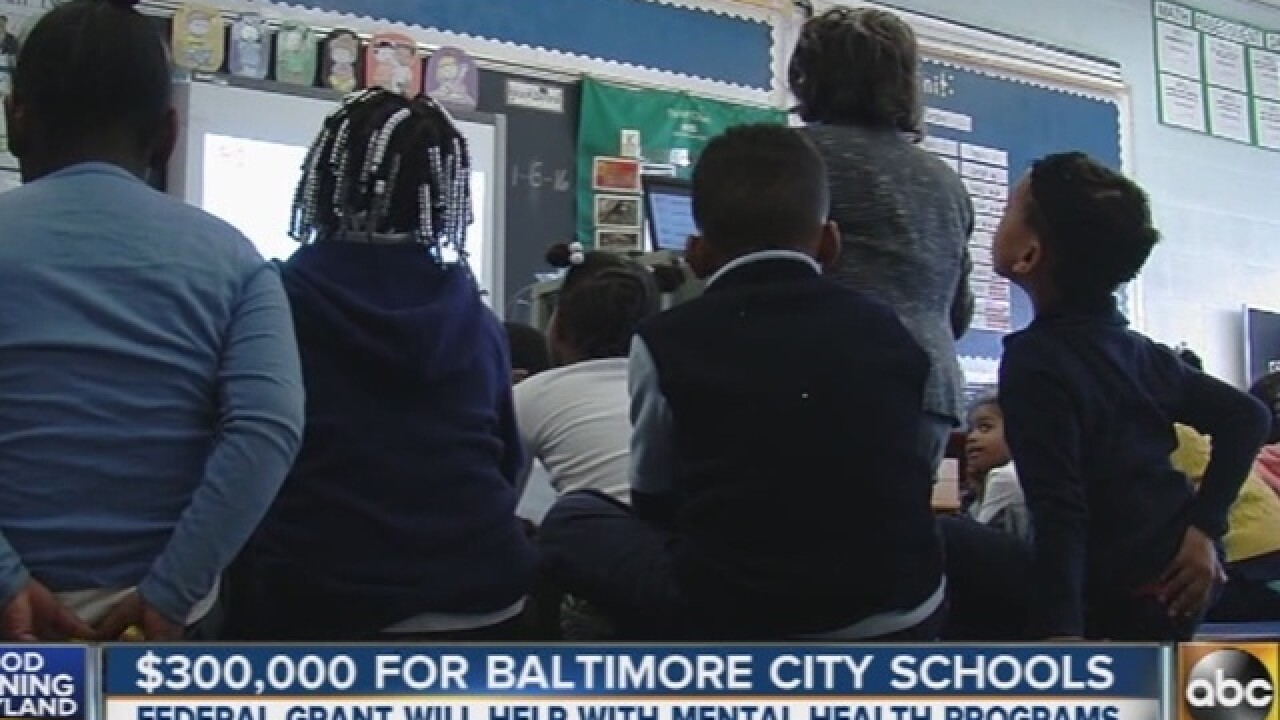 By: Dakarai Turner
Posted at 5:57 PM, Jan 06, 2016
Kids and staff at several of the city's schools learned and worked just blocks from where unrest broke out last spring in West Baltimore, and  a federal grant -- more than $250,000  -- will now help them cope.
Baltimore City Schools CEO Dr. Gregory Thornton called the money from the grant "an important step in continued support of students" who are healing after the unrest.
Parents and teachers simply call it special.
As unrest broke out in Baltimore last April, its epicenter in west Baltimore was just blocks from elementary and high schools where kids had no choice but to watch it happen.
Marlayna Davis' two kids at Matthew Henson Elementary nearby felt those results. Davis is also president of the school's PTA.
"They were actually a little sad and scared. For the most part, they were scared when they looked out and saw all the violence and everything that was happening," Davis said.
Other kids felt it after the unrest as well. Attendance fell, suspensions rose, and teachers didn't know how to help. The US Department of Education is directing $300,000 toward schools where it's needed most.
Each of them is in west Baltimore, where David Guzman is principal of Matthew Henson.
"I think it will go a long way in providing mental health resources and providing some stability," Guzman said.
Guzman's school is one of five getting the money. The others are Gilmore Elementary, Harlem Park and William Pinderhughes schools, and Frederick Douglass High, where students intiated a walk out on the day of Freddie Gray's funeral.
Kids at those schools will get access to a part-time social worker for emotional support, and staff will undergo training to help them help kids moving forward.
"Sometimes it's good for the parents to have extra resources and they alsways know they can come to the school and get someone to help them," Davis said.
The grant is aimed at helping schools who have undergone traumatic events.
"Any additional resources will just help our children," Guzman said.
Scripps Only Content 2015