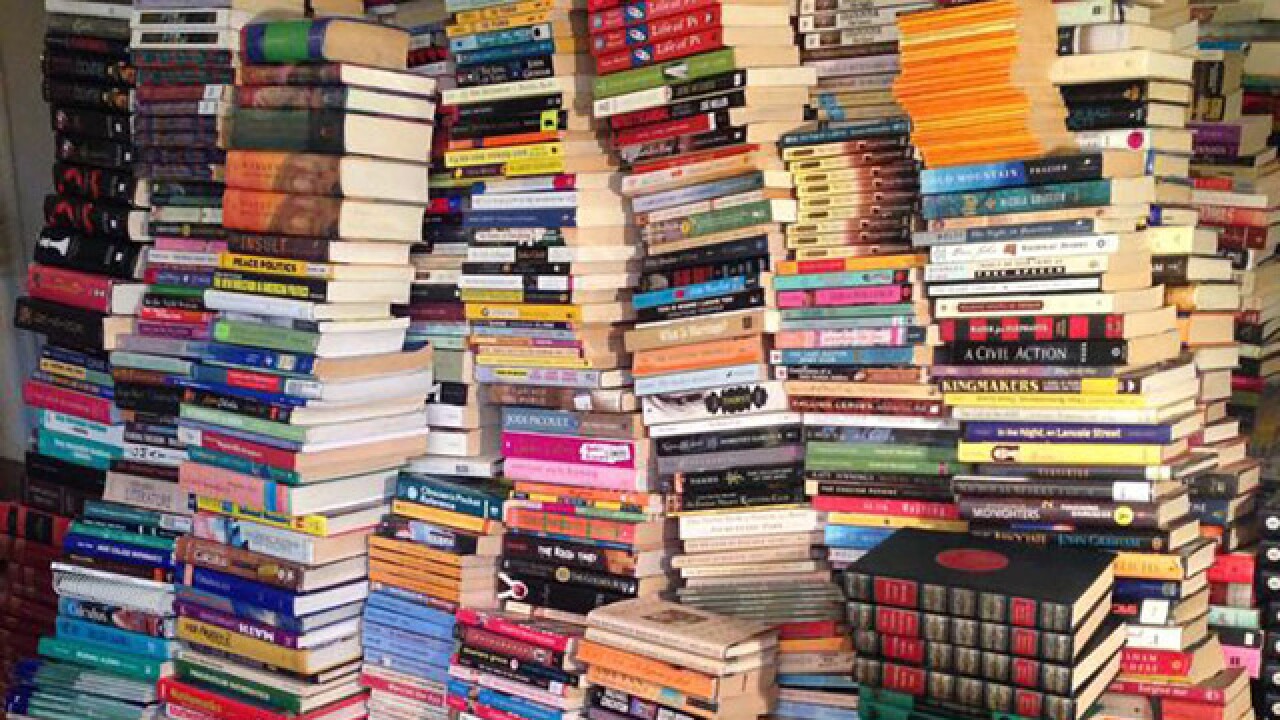 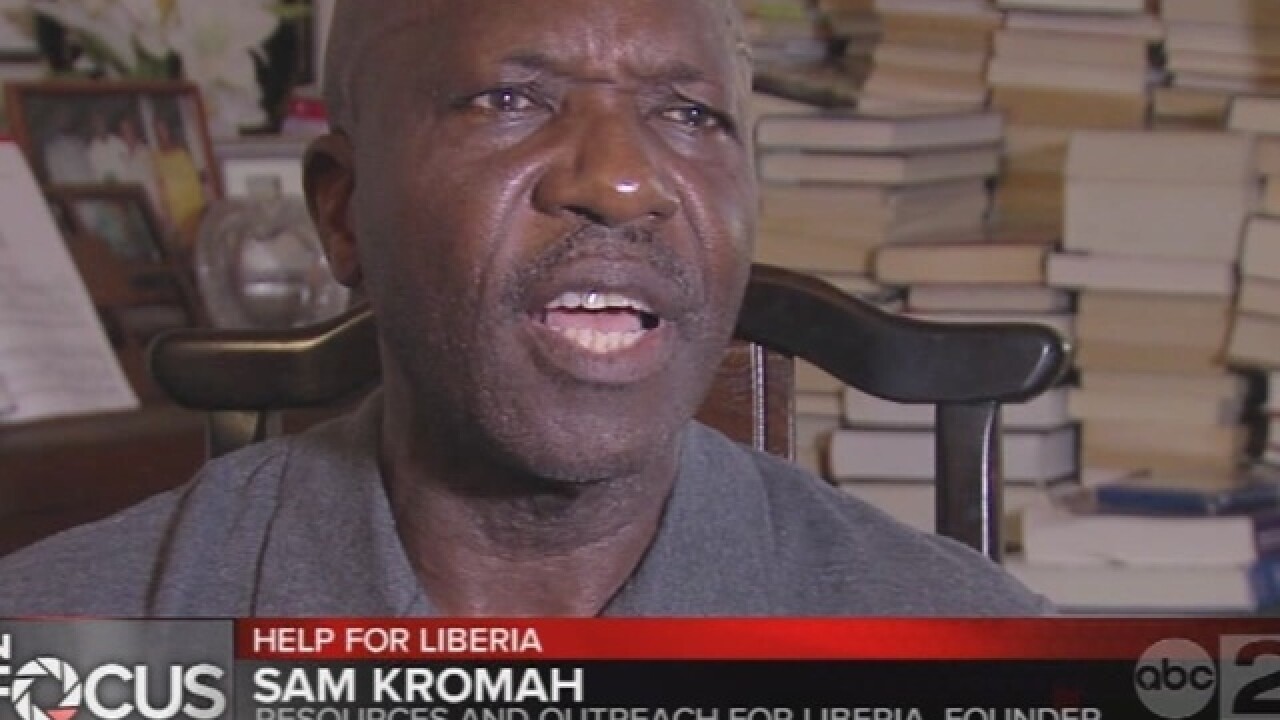 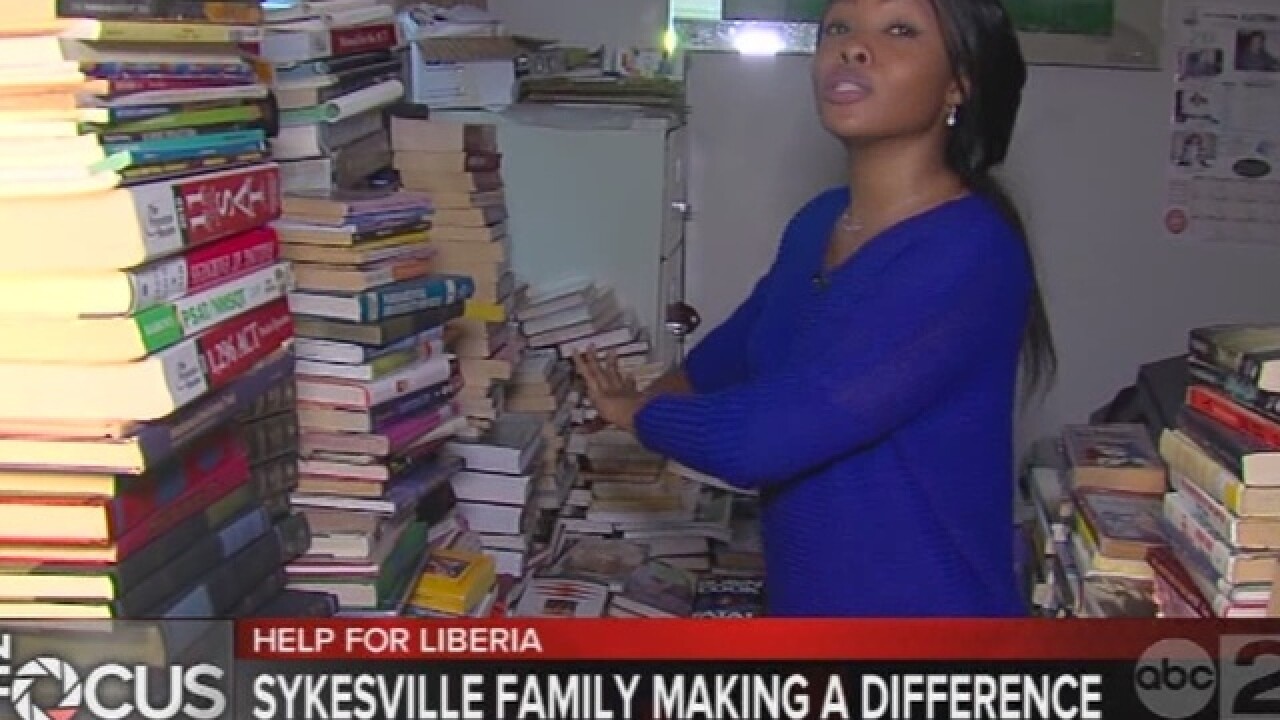 By: Trang Do
Posted at 5:19 PM, Dec 23, 2015
At the height of the Ebola crisis, a Liberian native, who lives in Carroll County, returned to his home country to help out with relief efforts. The situation has since improved dramatically, but his family is finding other ways to continue to give back.
Health officials declared Liberia free of Ebola in September, though officials confirmed a new cluster of cases in late November. Aside from the Ebola scare, Liberians still need help in many other ways.
Sam Kromah will never forget what he saw on a relief mission to Liberia earlier this year.
"You could see dead bodies in the streets," he said.
The Sykesville man returned to his native country in the middle of the Ebola epidemic to distribute medical supplies. He collected them through his non-profit, Resources and Outreach for Liberia (ROL). He said teaching people about the virus and how its spread proved to be even more valuable than the supplies.
"With that education, it gave them a little bit of freedom," Kromah said. "Then just having the blanket idea that when I even smile with somebody, I'm going to contract it."
With Ebola largely wiped out from the country, ROL is now focusing efforts on its other programs. Project READ (Restoration, Education and Development) is helmed by Kromah's daughter, Sang. Her mission is to empower girls through literacy.
"There's a lot of turmoil in Liberia when it comes to girls, because they're being exploited and rape is a big issue," Sang said.
Sang has collected more than 10,000 books so far. She hopes one day they will be stored inside Nedra House, her dream for a drop-in resource center for girls in Liberia.
"I wanted to start a program that they could come to feel safe, when they're not in school, there's something constructive for them to do," she said. "Where they feel that it's okay to be themselves and be empowered."
Sang has a location scouted out and a funding stream in the works. In the meantime, the Kromahs are hoping people here in the United States will step up to help just like they did during the Ebola crisis.
"Thank God for this country," Sam said. "There is no country practically in the world where you can say, well, there is a problem somewhere, Old Glory is there."
Project READ is hoping to raise at least $20,000. It will cost about $10,000 to ship all of the books and computers to Liberia. The rest of the money will go to renting a building and programming. To donate, go to Project READ's GoFundMe site.
Scripps Only Content 2015